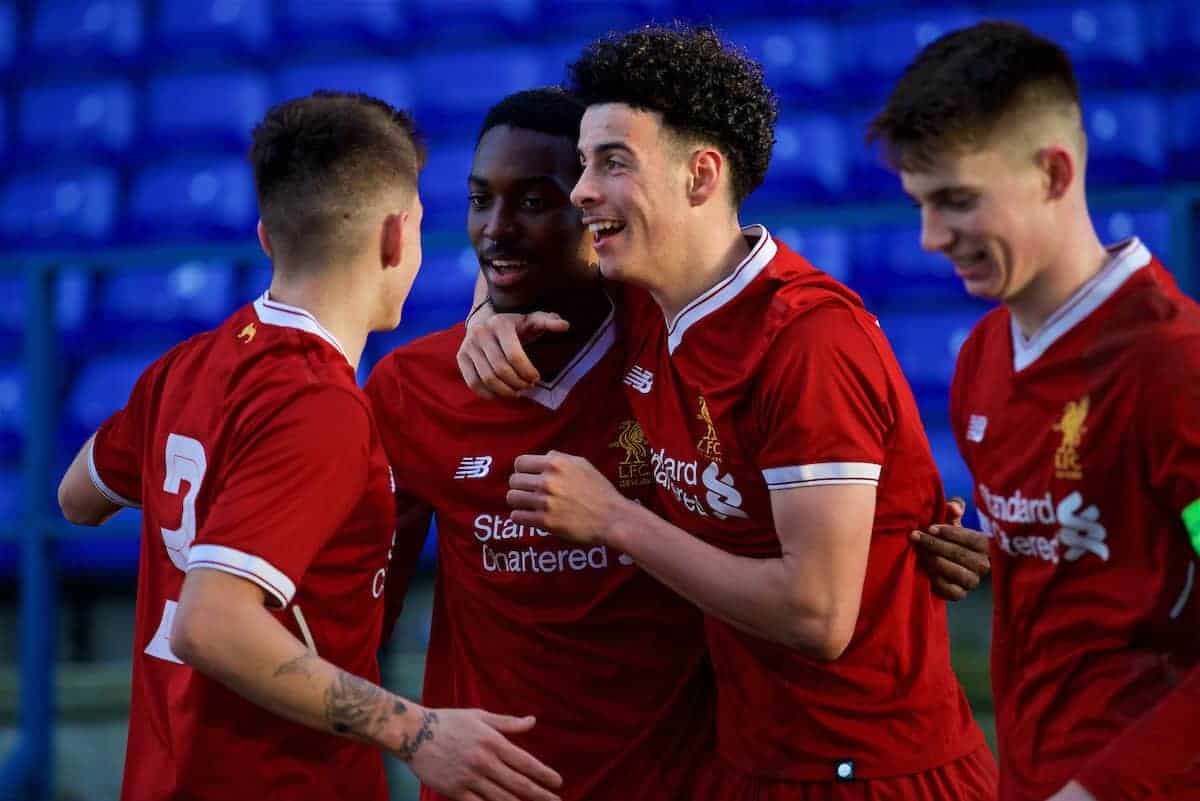 Liverpool saw off Man United in the UEFA Youth League at Prenton Park, thanks to goals from Ben Woodburn and Rafa Camacho.

Gerrard had Ben Woodburn in his squad and the talisman lined up in a No.10 role for the Reds, dictating play early on.

Liverpool controlled the opening proceedings and took the lead when Woodburn headed in at back post from Neco Williams‘ cross in the 11th minute. Liverpool controlled the opening half an hour and the visitors struggled for any opportunities.

United grew into the game after the half hour, though, and saw Tahith Chong hit the bar with their first effort of the match.

Liverpool almost doubled their lead just before half-time when midfielder Elijah Dixon-Bonner struck the crossbar from the edge of the box.

A rough challenge from Tyrell Warren on Liam Millar early in the second half set the tone, with United at times cutting frustrated opponents against a lively Liverpool side.

A save by Reds’ keeper Kamil Grabara from a close-range header off a free kick denied United an equaliser.

And a superb strike from substitute Rafael Camacho with 12 minutes remaining gave the home side a deserved 2-0 lead. The Portuguese, who signed from Man City in 2016, cut in from the right and unleashed a lovely left foot shot into the far corner.

Talk about making an impact…

It was a deserved win for the young Reds, with plenty of players impressing individually but mostly it was a solid team performance.

Special credit should go to young right-back Neco Williams whose assist supplied Woodburn’s opener, with the 16-year-old impressing on his first performance in European competition.

Winger Bobby Adekanye was also a threat on the right wing, constantly running at defenders and winning fouls before he was withdrawn due to injury.

Gerrard’s side will face Man City in the last eight in March.