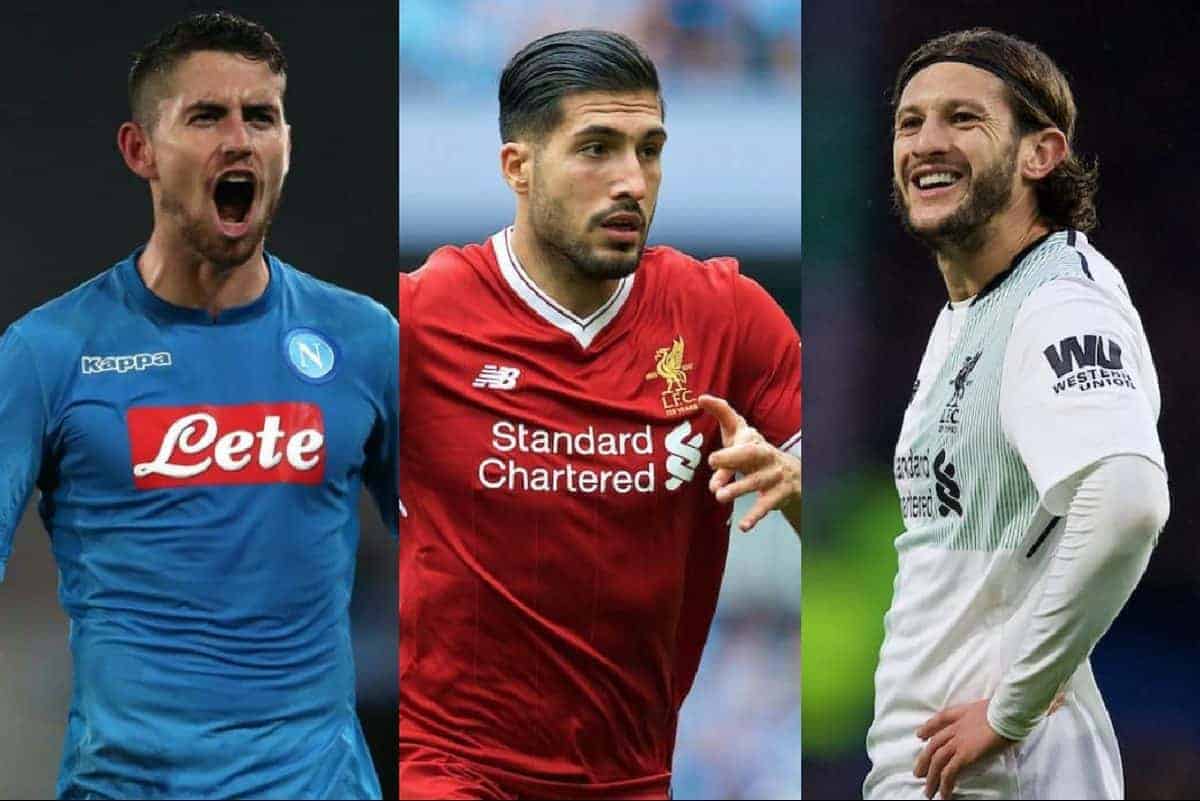 Here’s a recap of all Thursday’s news involving Liverpool, including from the international scene and buildup for the Champions League draw.

Emre Can is just like any other Liverpool fan—he can’t wait for Friday’s Champions League draw.

The midfielder has played a key role in the Reds moving into the last eight and is anxiously awaiting his side’s fate.

“I’m very much looking forward to [finding out] who we play. It’s very exciting,” he told LiverpoolFC.com.

“There are just strong teams and that’s why I don’t care [who Liverpool draw]. I don’t mind who comes. It will be interesting.

“We are in the quarter-finals and of course we have to play from game to game, but we dream a little bit of winning the Champions League.”

You’re not the only one, Emre.

Adam Lallana was the surprise inclusion in the senior England squad as far as Liverpool players were concerned, considering his lack of game time this season.

Gareth Southgate named 27 players for the two friendlies against Netherlands and Italy, with Jordan Henderson, Joe Gomez and Alex Oxlade-Chamberlain also getting the nod.

It might well turn out to be the case that at least two of those Liverpool players are in direct competition with each other for a spot on the plane in the final 23 for the World Cup in summer, so a strong showing during the international week is imperative for all.

The Reds also have Trent Alexander-Arnold, Dominic Solanke and Ovie Ejaria in the U21s, and Adam Lewis representing the side at U19 level.

Reds given no encouragement for two reported targets Transfer rumours continue to link the Reds to every conceivable player—this time suggesting they’ll be disappointed, though.

Jorginho of Napoli is a long-rumoured target of Liverpool, but the midfielder is said to want to remain in place at his current club instead of seeking a summer move.

His agent told Italian station Radio CRG that the preference is to hold firm as a starter at Napoli, though if his club wanted him to move on, he’d of course consider his options.

However it’s the club, not the player, who this time say no move is in the offing—not even for €30m, according to the club CEO.

On-loan midfielder Ovie Ejaria is facing something of a culture shock at Sunderland, but is determined to make the most of his opportunity.

The 20-year-old has played five times so far, with the Black Cats rock-bottom of the Championship and facing a big fight to avoid back-to-back relegations.

It’s a big change from the Premier League 2 where Ejaria was flying top of the table with the Reds’ U23 side, but he says he’s learning from the experience.

“In the Championship, it’s difficult and it’s quick, whereas in the U23s you get more time on the ball, and in international football it can be more technical,” he said.

“I think I’m starting to find my feet in this division, but I still think I can do better.

“I think I’m really going to benefit from it. It’s different, and I’m enjoying it, but I want to help the team this season. The Reds’ goalkeeper Siobhan Chamberlain told This Is Anfield that the side were confident about their chances of seeing off their rivals if they stuck to their gameplan.

The match takes place in Widnes on Sunday and tickets are still available via the link in the main article above.