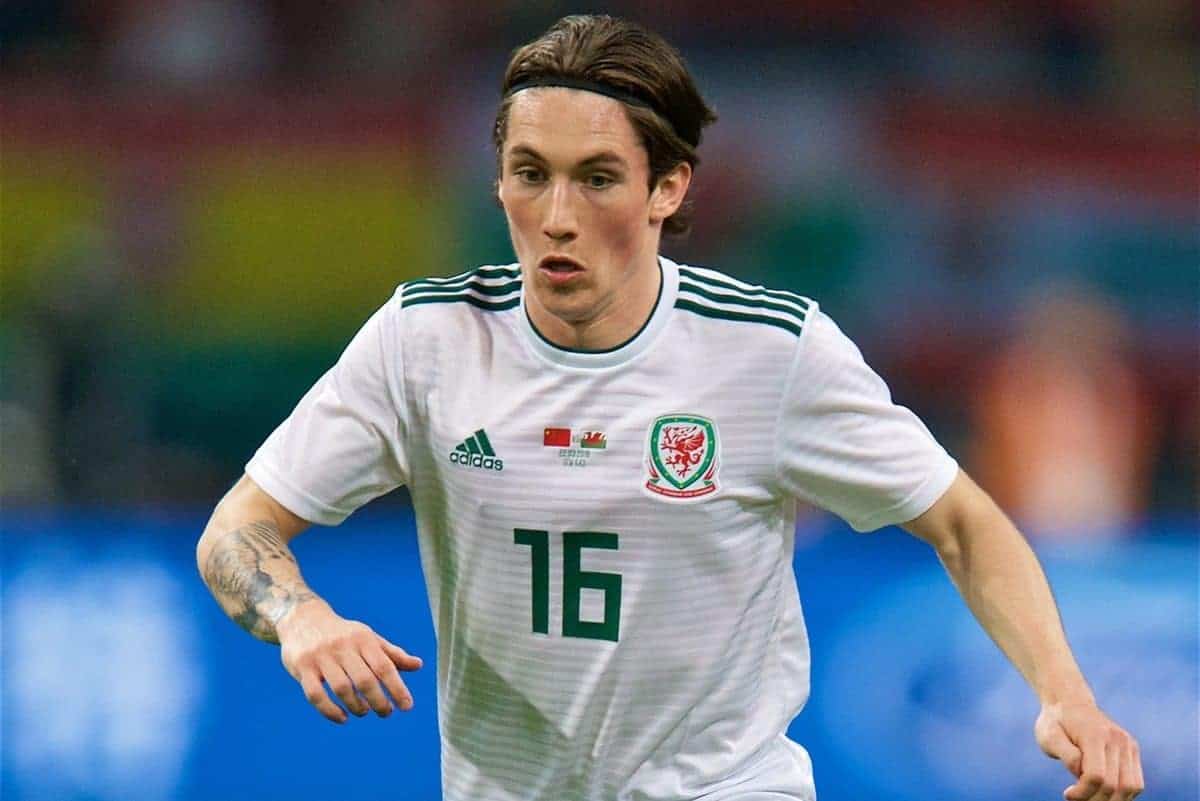 Harry Wilson enjoyed a 21st birthday to remember, as his first ever international goal helped Wales thump China 6-0 in Nanning.

Wilson and his team-mates faced their opponents in the China Cup, with the Liverpool man handed his maiden start for his country by new manager Ryan Giggs.

The 21-year-old lined up in a 3-5-2 formation, occupying one of the attacking midfield berths alongside Leicester City‘s Andy King.

It proved to a completely one-sided affair throughout, with Wales talisman Gareth Bale firing the visitors in front almost immediately.

The Real Madrid added a second, and Sam Vokes made it 3-0, before Wilson produced a moment he will treasure for the rest of his life.

Latching onto a pass from Bale, the youngster cut inside onto his deadly left foot and sent the ball sailing into the far corner.

?? What a strike from @harrywilson_ !

He celebrated with understandable joy and, hopefully, it is the first of many international goals for Wilson as his career continues to blossom.

Things got better early in the second-half, as the attacker provided an assist for Vokes, topping off a wonderful day for him, prior to his substitution.

Wales eventually ran out 6-0 winners, thanks to Bale completing his hat-trick—beating Ian Rush’s long-standing goalscoring record for the national team in the process.

Ben Woodburn also made a second-half cameo from the bench, picking up his seventh cap.

It was just Wilson’s second cap for Wales, despite his debut coming 1,619 days ago at the age of 16, against Belgium in October 2013.

Chances have been few and far between in the four-and-a-half years since, with more experienced players preferred by former boss Chris Coleman.

An impressive start to a loan spell at Hull City has seen Wilson offered his chance, though, and he took it in style.