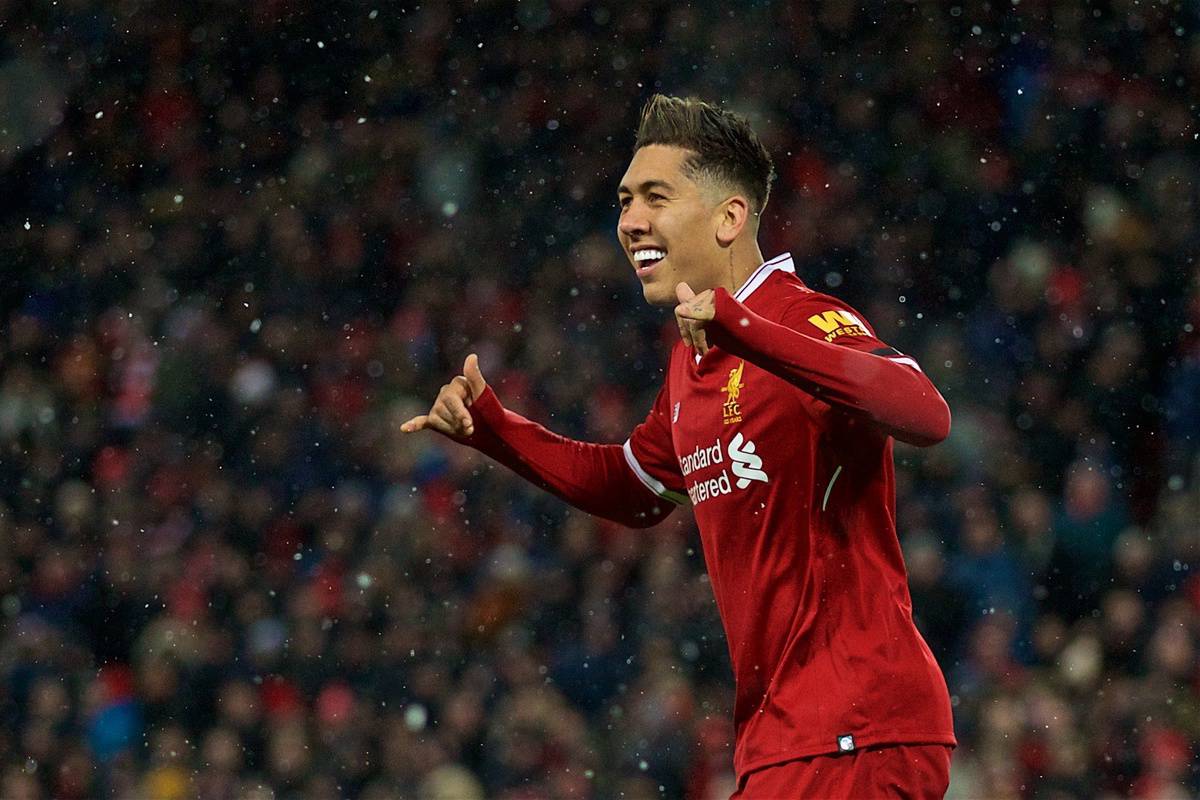 The Reds breezed past their mid-table opposition on a snowy evening at Anfield, with Salah netting four times and supplying another for Firmino.

Headlined by a virtuoso display by the Egyptian, this was an excellent all-round performance from Jurgen Klopp‘s side, with many of Salah’s team-mates deserving of recognition.

Andrew Robertson‘s delivery from the left flank was superb, Georginio Wijnaldum played with a nuanced composure in the middle of the park and Sadio Mane‘s dynamism helped fuel the attacking charge.

But who stood out for journalists and statisticians, and did any Liverpool players receive criticism for their output despite the result?

Below we compare our ratings with those of the Liverpool Echo, the Mail, Sky Sports, ESPN, The Anfield Wrap, Anfield Index, The Redmen TV and WhoScored: It is no surprise to see Salah given a near-perfect rating (9.9), with almost every publication awarding the winger a 10 out of 10.

More interesting, though, is how the 25-year-old was considered flawless on a statistical level too, likely due to his contribution to every goal.

Salah also created the joint-most chances of any player (three) and completed the most dribbles (five), as well as hitting the target with all four of his shots.

Elsewhere, both Firmino (8.0) and Robertson (7.9) were rated impressively, while Mane (7.6) and Virgil van Dijk (7.1) also received praise for their displays.

Only two players received a five out of 10 from any publication, with This is Anfield’s James Nalton critical of Jordan Henderson and Anfield Index’s Oliver Emmerson singling out Joe Gomez.

But, on average, Gomez (6.9) was deemed to have performed better than his captain (6.5), with Emmerson’s claim that he is “not himself at the moment” certainly questionable. Loris Karius (6.4) was rated the lowest, but likely only due to the German having little to no impact on the result, with Watford hitting the target just once.

Encouragingly, WhoScored rated every outfield player at over seven out of 10, with Liverpool performing exceptionally on a statistical level, with their 10 shots on target serving as proof.

It is frustrating, therefore, that their next outing is not until March 31, away to Crystal Palace, with this latest win coming directly before the international break.

But Klopp can hope the Reds keep up their momentum when they return and make the trip to Selhurst Park.