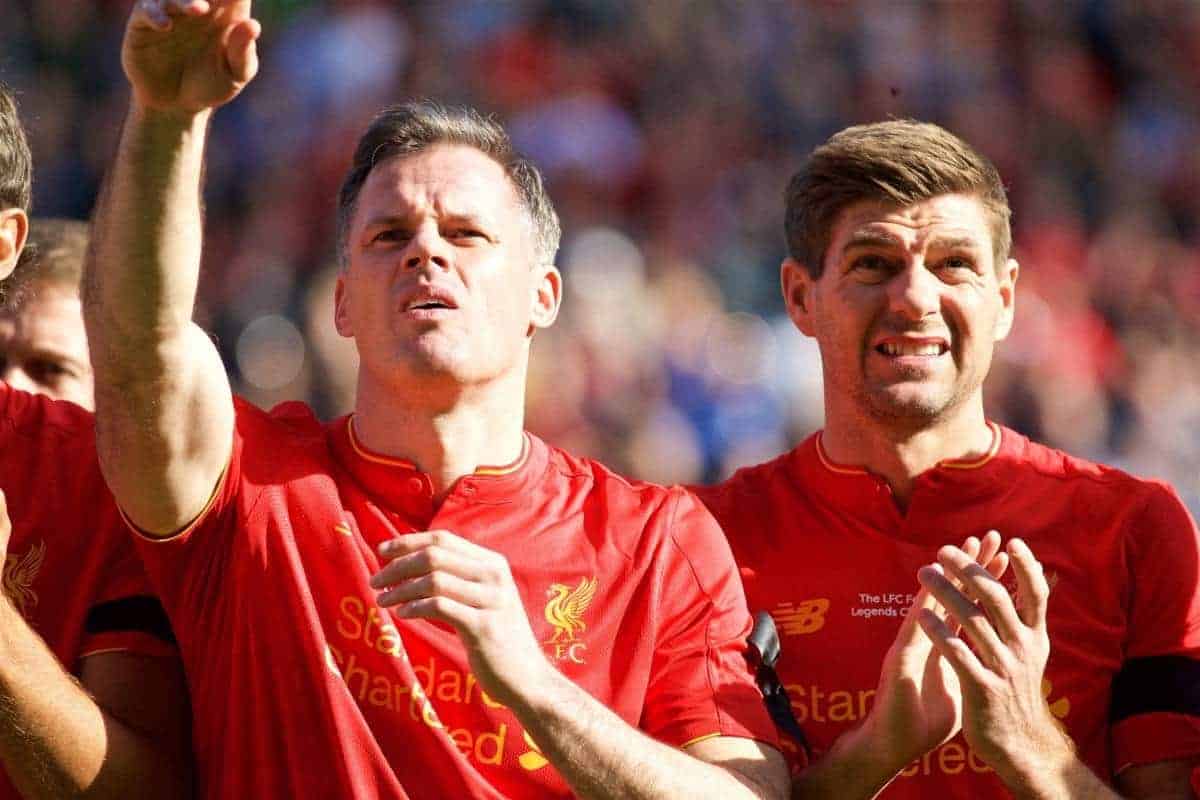 Liverpool Legends will include the likes of Daniel Agger, Jamie Carragher, Steven Gerrard and Dirk Kuyt as they take on Bayern Munich on Saturday.

The former Reds take on their Bayern counterparts at Anfield in a 3pm kickoff (GMT), in the latest Legends outing in aid of the LFC Foundation.

Agger, Carragher, Gerrard, Kuyt and Luis Garcia had already been confirmed for the game along with player-manager Ian Rush and captain Robbie Fowler, as well as Xabi Alonso.

But the club have now revealed the full 21-man squad for the Liverpool Legends against Bayern:

This features a host of well-known faces playing in their familiar squad numbers, and ensures a quality contest on Merseyside this weekend despite the international break.

The majority of Rush’s squad have already turned out for the Legends in the past, but the inclusion of Kuyt and Alonso among others is a major coup.

Alonso will play 45 minutes for both sides, having won major honours with both Liverpool and Bayern during an illustrious career that came to an end last summer.

Kuyt also called time on his playing days after the 2016/17 campaign, after his final-day hat-trick sealed Feyenoord their first Eredivisie title since 1999.

They are likely to be among the fitter players at Rush’s disposal, against a Bayern side that will include Bixente Lizarazu, Martin Demichelis, Lothar Matthaus, Ze Roberto and Luca Toni: The Liverpool Legends’ last game came at home to Real Madrid a year ago, when Fowler, Gerrard, Michael Owen and John Aldridge sealed a 4-3 win, with the No. 8 running the show.

Tickets for Liverpool Legends vs. Bayern Munich Legends are still available but are in very limited supply (Anfield Road End and upper Main Stand). You can purchase them here.

Money raised from the charity game will help to fund a variety of projects for the LFC Foundation and charity partners.