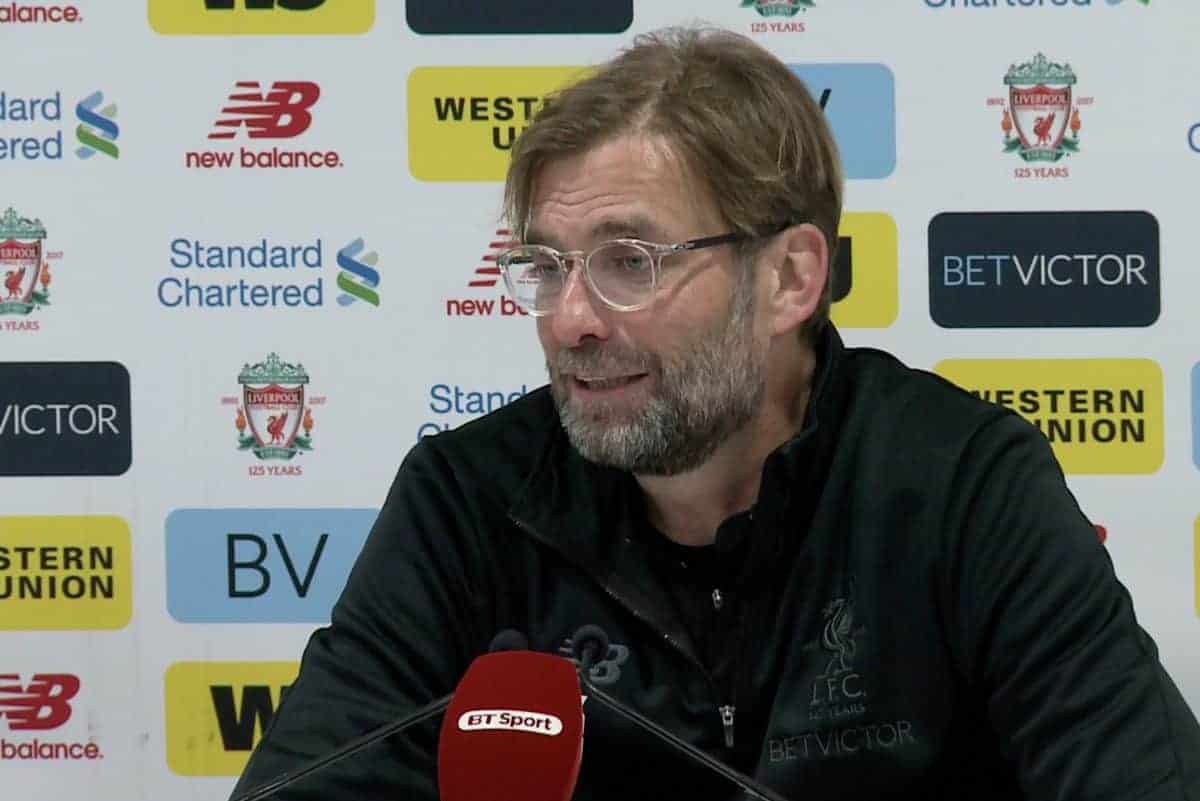 Jurgen Klopp was full of praise for his side after their strong performance heralded a 2-0 victory over Newcastle United on Saturday evening.

Goals from Mohamed Salah and Sadio Mane were enough to secure all three points at Anfield, with the Reds sealing their first-ever win over Rafa Benitez.

The win lifts Liverpool up to second in the Premier League table—albeit with Man United to play on Monday night—as their top-four charge continues in earnest.

Speaking after the game Klopp was asked about Loris Karius‘ save to deny Mo Diame on the stroke of half-time, with the manager describing it as “very, very” important.

He also assessed the remarkable impact of Salah, who scored his 32nd goal of the campaign, saying “I really love this player,” while also highlighting the input of his team-mates.

And he praised the support of Anfield, providing a fitting backdrop to the excellent performance the Reds produced.

Liverpool are next in action on Tuesday night, taking on Porto in their decisive Champions League last-16 second-leg clash, again at home, with Klopp’s side already holding a 5-0 lead.