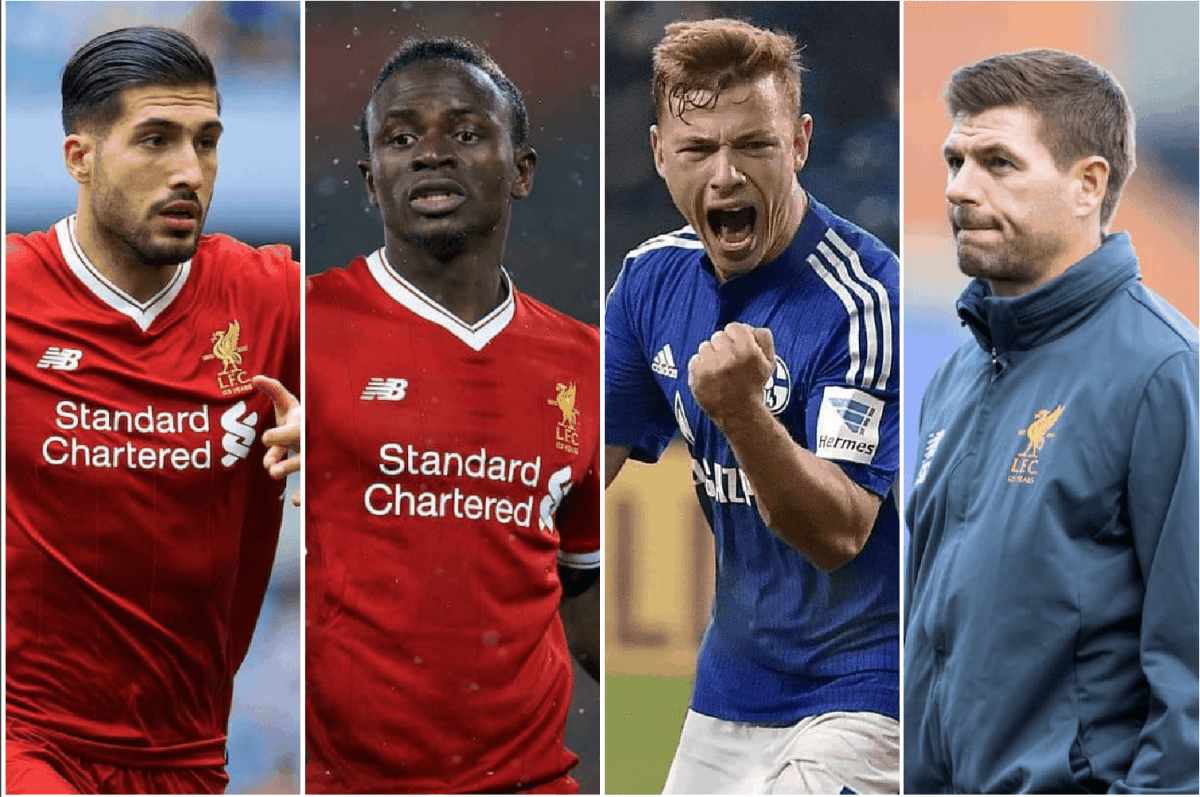 Another busy week for Liverpool on and off the pitch; here’s all the latest news regarding the Reds from Thursday’s media. Liverpool U18s boss Steven Gerrard is being linked with a surprise move—to take over as head coach of Scottish side Rangers next season.

The Echo report the SPL chairman Dave King being at Anfield for the recent win over Roma, which Gerrard acted as a pundit during for BT Sport.

Gerrard is only in his first campaign as a youth manager, so it would be something of a surprise if he departed already to seek out a senior position.

He has never held back in his ambitions to become boss—eventually of the Reds’ first team—and Rangers are said to want a new manager next season.

The Glasgow Evening Times report that Gerrard is waiting to hear what financial backing he will get in the transfer market before accepting the offer.

There is hope that Alex Oxlade-Chamberlain may not have suffered ACL damage to his knee despite the Reds admitting his season was over.

Goal.com’s Neil Jones reports that the swelling is as yet still too severe around the affected area and that specialist medical advice will be taken in due course.

#LFC yet to give full diagnosis on Oxlade-Chamberlain injury, waiting for swelling in knee to go down and further advice from specialist. Ligament damage for certain, but hopeful he has avoided ACL tear, which would be a significant boost in terms of recovery time.

While a cruciate tear could result in nine months or more out, partially damaged or strained ligaments would be significantly less.

Meanwhile, Sadio Mane has sparked injury fears after he was seen attending the Spire Hospital in Liverpool.

The forward was there for around half an hour, report the Mail, though the club has not released any information regarding an injury.

While the Reds remain rampant on the pitch thanks in no small part to an athletic and impressive midfield setup, one member has had to watch on from the sidelines of late.

Emre Can has not featured since a back injury against Watford and, with his contract up in the summer, there are fears he has played his last game for Liverpool.

Juventus have long been suitors and now they may finally get their answer, with Tuttosport claiming Can will inform them “imminently” of his plans for next season.

Bayern Munich have also been interested in signing the German international, who started out in their academy, but the report suggests Juve remain front-runners.

While Emre Can might leave on a free transfer, another German midfielder could yet take his place—also after running down his contract.

Schalke’s Max Meyer has played the deepest holding role for his side this term after having originally come through as an attacking midfielder.

He is out of contract in the summer and the Bundesliga runners-up-in-waiting have announced there will be no renewal of his deal, per Goal.

“Max will definitely leave Schalke in the summer. We are dealing with this situation professionally,” said sporting director Christian Heidel.

“The player is planning his future, we are currently planning Schalke’s future, and our plans head in different ways.”

Lijnders on leaving the Reds Former Liverpool coach Pepijn Lijnders is loving life as manager of NEC Nijmegen, but has noted the ongoing influence Jurgen Klopp has had on him.

In an interview with ESPN, Lijnders, who left the Reds midway through this season, describes his old boss as “one of the most important people in my career.”

The emphasis on playing the same way as Klopp has tried to with Liverpool is clear throughout.

Lijnders speaks on the identity of his team in a similar vein to the current Reds’ manager and plans to follow a similar approach.

“The style of playing 100 percent pressing and 100 percent counter-pressing is a style that doesn’t [arrive] in two, three weeks.

“I want to keep fighting to win prizes, but only in a certain way. I want people to feel the identity of my team every game, wherever we play, against whatever opposition.

“They have to feel that we dominate, press and are offensive and aggressive in defence.”