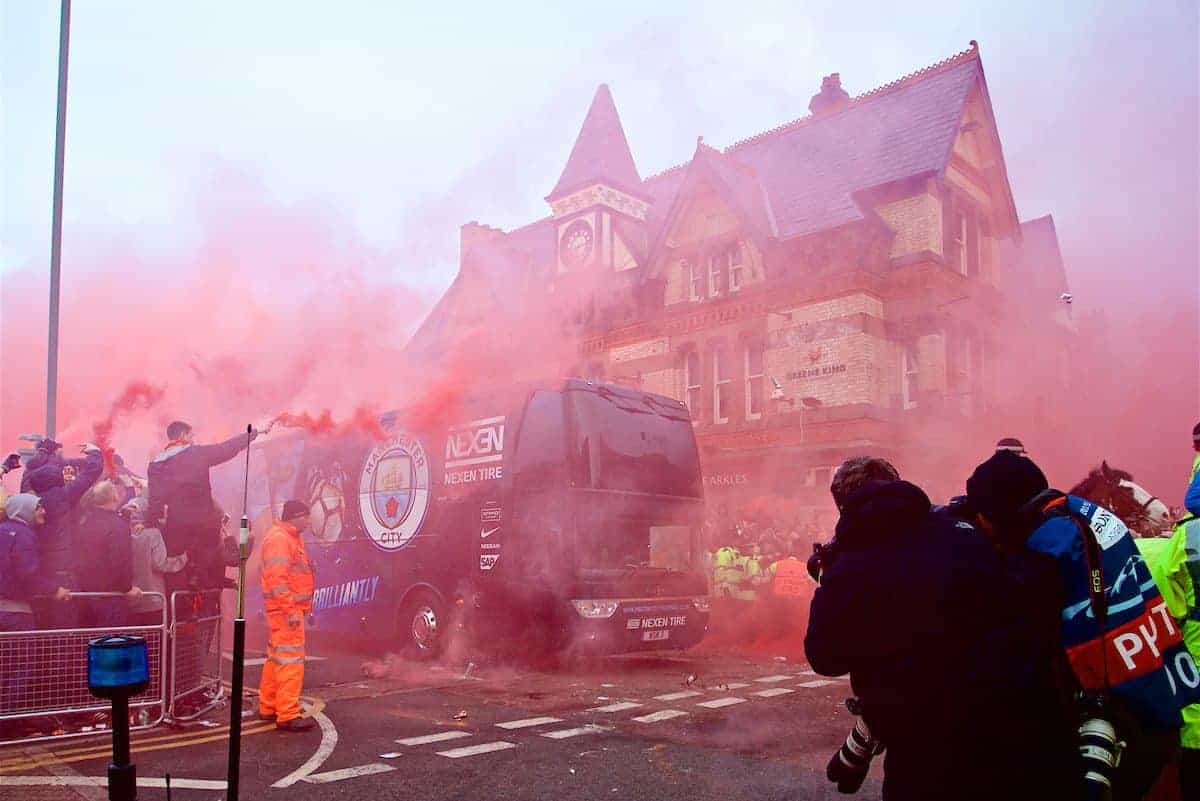 Liverpool manager Jurgen Klopp has criticised the “idiots” who threw objects at Man City’s coach and put at risk the chance of fans being able to greet the team’s arrival in future.

City’s vehicle was damaged by bottles and cans hurled at it on its approach to Anfield ahead of their 3-0 defeat in the Champions League quarter-final first leg and a replacement had to be sourced because the original was deemed unusable.

Fans have a history of greeting the team coaches before big games and two years ago the Europa League last-eight game and semi-final against Borussia Dortmund and Villarreal saw the streets lined with thousands of fans and flooded with red smoke, but both matches passed off without serious incident.

Future repeats have now been put in jeopardy by the actions of a small minority on Wednesday.

“I have to say, again, apologies for what happened before the game,” said Klopp.

“It is so strange because you go with your own bus through the crowd and it feels fantastic, it is passion.

“Then you come into the stadium and the first thing I heard is they smashed the bus of Man City and it kills everything in that moment for us.

“You cannot be happy about that, you don’t feel ‘it’ any more.

“Because of a few idiots it will maybe never happen again. It changed everything.

“The atmosphere during the game was one of the best I have experienced but these things around it changed my view. It is not OK. It is not how it should have been.”

Klopp also praised City who, despite their unsavoury arrival to the ground, stopped their coach on the way home to help a woman who was involved in a collision with a car yards from the Arkles pub—where a couple of hours earlier their bus had been pelted with flares and bottles.

“The medical staff of Man City did what they did but it is an outstanding thing to do and leaves us even more in a situation where we think ‘Oof, it was all strange’,” Klopp added.