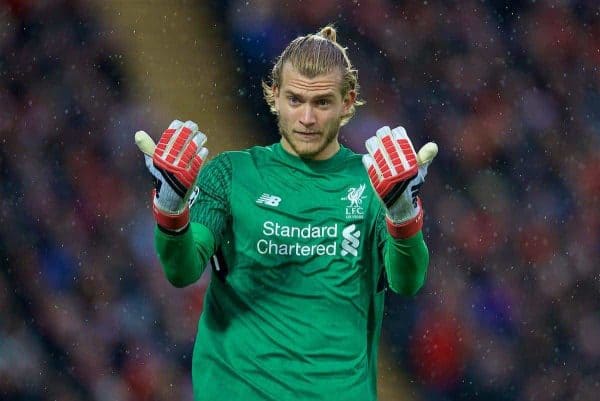 Liverpool 5-2 Roma: Player Ratings – What the media and statistics say

A scintillating Liverpool sealed a 5-2 win over Roma in their Champions League semi-final first leg, but there is still room for improvement.

Braces from Mohamed Salah and Roberto Firmino and a goal for their forward cohort Sadio Mane secured a remarkable victory for the Reds at Anfield.

After it was stressed that the hosts should not take their Serie A opposition lightly, Jurgen Klopp‘s side blew Roma out of the water with a fierce display of attacking quality.

Beyond the front three, Trent Alexander-Arnold, Jordan Henderson, James Milner and Georginio Wijnaldum all shone amid a mesmeric atmosphere on Merseyside.

But with Edin Dzeko and Diego Perotti striking late to give Roma hope for the second leg, it was far from perfect for Liverpool, with Dejan Lovren‘s late collapse particularly worrying.

So what did journalists and statisticians make of Liverpool’s 5-2 victory?

Below we compare our ratings with those of the Liverpool Echo, the Mirror, Sky Sports, ESPN, The Anfield Wrap, Anfield Index, The Redmen TV and WhoScored:

It would be remiss to not laud Salah for his faultless performance, and this outing was reflected in a phenomenal rating (9.8) boosted by seven 10-out-of-10 marks.

Only the Echo and Sky Sports failed to award the Egyptian King a perfect score, with The Anfield Wrap’s Ben Johnson describing him as “genuinely stunning.”

Firmino is deservedly not far behind (9.3), for it was the Brazilian’s industry, strength and creativity that allowed Liverpool to carve open Roma throughout.

In the biggest night of his career as captain, Henderson (8.4) produced an excellent, mature display, with no publication rating the 27-year-old as lower than an eight out of 10.

Virgil van Dijk (8.0 and James Milner (8.0) were not far behind, while Wijnaldum’s dazzling showing after replacing Alex Oxlade-Chamberlain on the 18-minute mark was rightly praised (7.9).

Alexander-Arnold (7.7) and Andy Robertson (7.9) also impressed, while it was a mixed night for Mane (7.3), who missed two golden opportunities in the first half but then scored after the break.

Lovren (6.9) received varied ratings across publications, from six-out-of-10s from Sky Sports and Anfield Index to eight-out-of-10s from The Anfield Wrap and The Redmen TV.

This proved a rare occasion that statistical ratings were as emphatic as those of journalists as WhoScored awarded both Salah and Firmino a 10 out of 10.

Interestingly, however, Mane was the only other player to been deemed higher than a seven out of 10, with Loris Karius the closest despite having the lowest average rating of any player (6.4).

Alexander-Arnold’s numbers clearly didn’t match up to the eye test as the 19-year-old has endured a big swing in his ratings from WhoScored and his overall average.

In this case, given the magnitude of the result, it is safe to say that the stats don’t paint an accurate picture.