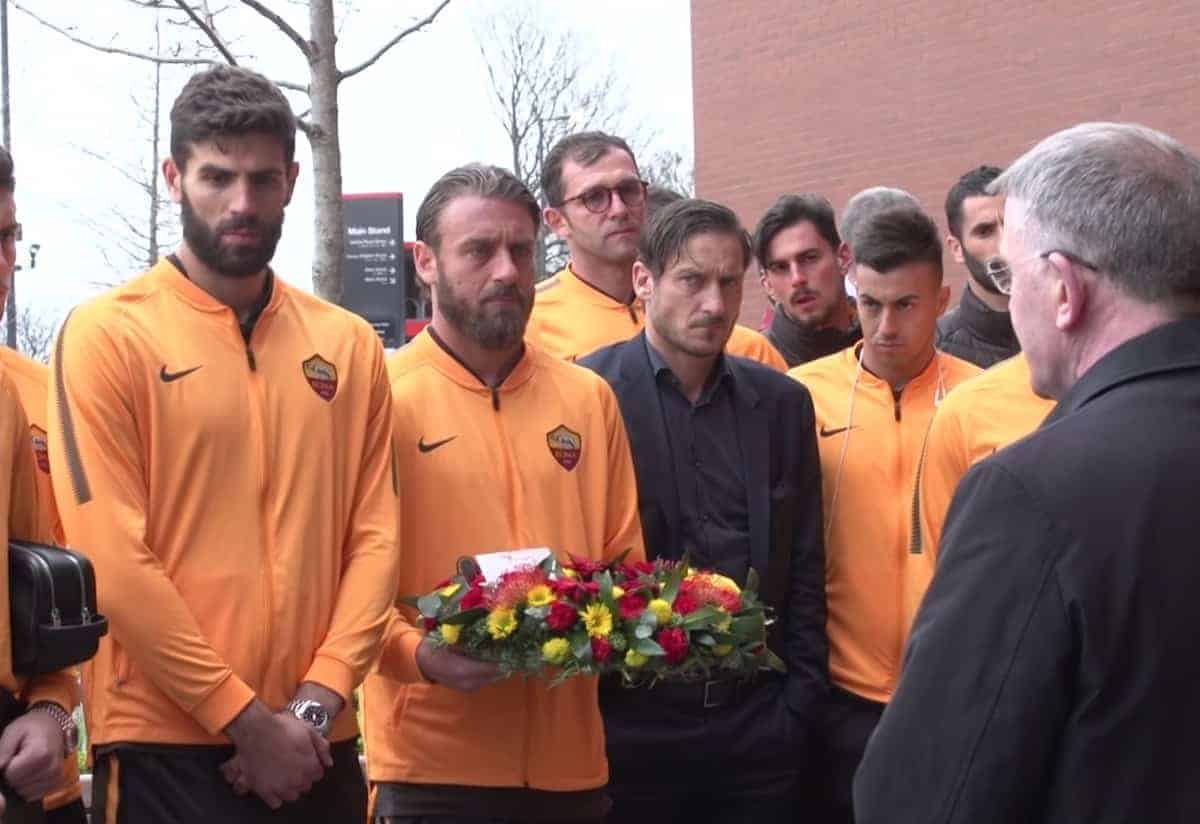 AS Roma arrived in Liverpool on Monday night for the Champions League semi-final first leg, and first made their way to the Hillsborough memorial to pay their respects.

A classy and touching gesture from the visiting side saw the entire squad turn out in front of the memorial, with captain Daniele De Rossi laying a wreath on behalf of the club.

The note read ‘In memoria delle vittime di Hillsborough’—in memory of those 96 victims who lost their lives back in 1989.

Along with the playing squad and club hierarchy, club legend Francesco Totti was among those offering his respects at the memorial.

The memorial – which is currently surrounded by flowers and scarves so shortly after the 29th anniversary – and the disaster was explained to the squad, with thanks offered to the Serie A outfit on behalf of Liverpool supporters, the city and the football club.

Gallery: #ASRoma players visit the Hillsborough memorial at Anfield to pay their respects to the fans who lost their lives in the stadium disaster. #JFT96 https://t.co/T169L7XjDs pic.twitter.com/xYJPhKcvo3

Ahead of a match which will no doubt be intense, competitive and with partisan crowds on both sides, this was a respectful reminder of the solidarity of the football world.