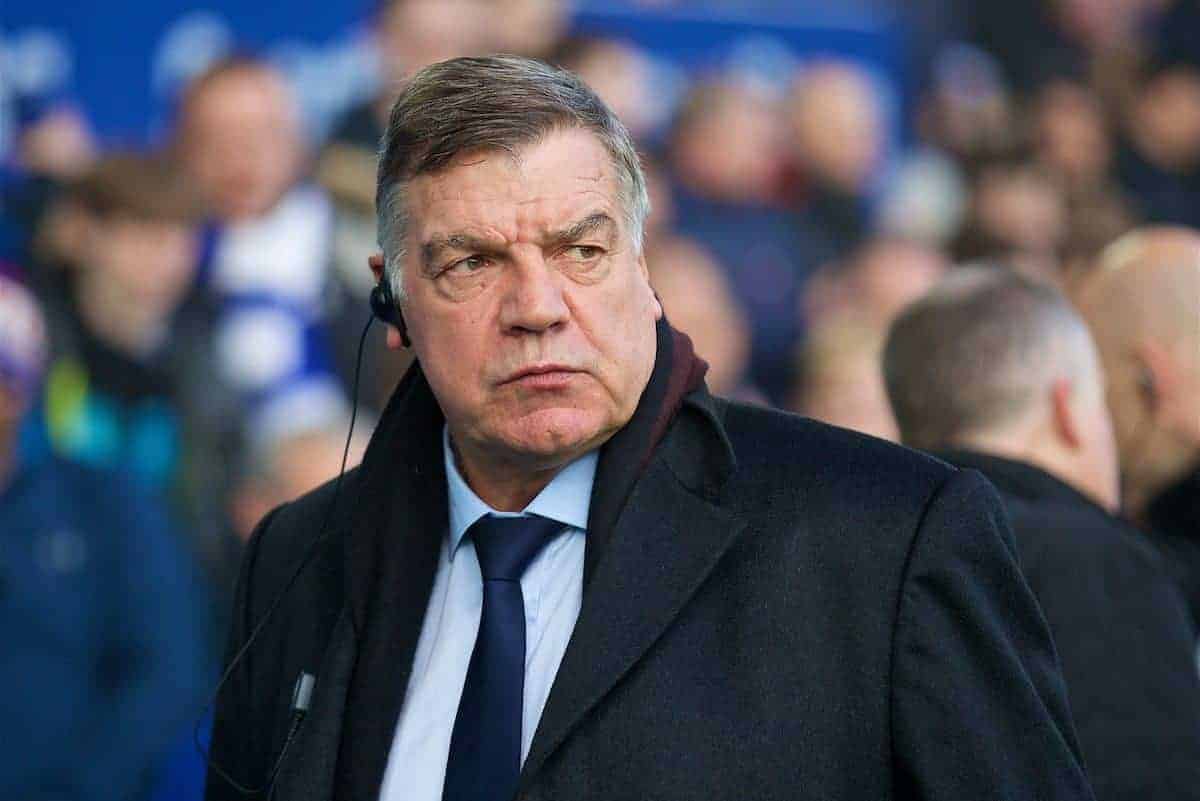 Sam Allardyce knows the fixture calendar has presented Everton with what could be a golden opportunity to end their long winless run in the Merseyside derby.

It is more than seven years and 16 matches since the blue half of the city was able to celebrate victory over their closest rivals, with Liverpool winning four of the last five encounters.

But the derby is the filling in the sandwich of Liverpool’s Champions League quarter-final against Manchester City and, after the Reds’ stunning 3-0 victory at Anfield on Wednesday, they head into Saturday’s match with more than half an eye on the second leg.

Allardyce is hoping to exploit that, saying: “I think it’s an advantage we could possibly take. If we had to play Liverpool in a derby match, it’s a good time to do that, I don’t think there’s any doubt about that.”

Allardyce was impressed by Liverpool’s performance against City, who convincingly beat Everton last weekend, and is hoping his side can adopt similar tactics in their favour at Goodison Park.

“If I have to say my players, ‘we’ve got to do to Liverpool what Liverpool did to Man City tomorrow’, that would be the plan,” he said.

“We want to be as big as them one day, but we are not quite there yet. But we can show what we’re all about tomorrow to try to bring a happy weekend for the Evertonian fans.

“Anything can happen in derby matches but nothing has happened too positively in terms of any victories. We were very pleased we got a draw at Anfield.

“Really the approach has to be, like it was then, about us getting better at nullifying their attacking options because the goalscoring ability of Liverpool is their main strength and we have to snuff that out. The players can do it if they really believe it.” Everton held Liverpool to a 1-1 draw at Anfield in December in just Allardyce’s second Premier League game in charge and there is no doubt the former England boss has steadied the ship after a flirtation with the bottom three earlier in the season under Ronald Koeman.

But Allardyce remains a divisive figure among Everton fans and there is continued speculation that his tenure will not continue beyond the end of the season.

The Toffees boss hit out at the media for fuelling such talk, saying: “Your lives are really run by Facebook, Twitter and Instagram far too much.

“On radio, on TV, in papers and of course social media…so you create the stir. But for me that’s only a small minority.

“That’s what we live with. I understand it. When [owner] Farhad [Moshiri] rings me up and says ‘Sam we don’t want you any more’, then I know I’m not wanted.

“When everyone else says I’m not wanted or I’m going to be changed, I don’t listen to it.

“I personally don’t think I could have done much more than I have done with the staff that I’ve got in the period of time I’ve been working here.”

Everton are set to welcome back influential midfielder Idrissa Gana Gueye, who missed the defeat to City with a hamstring injury.