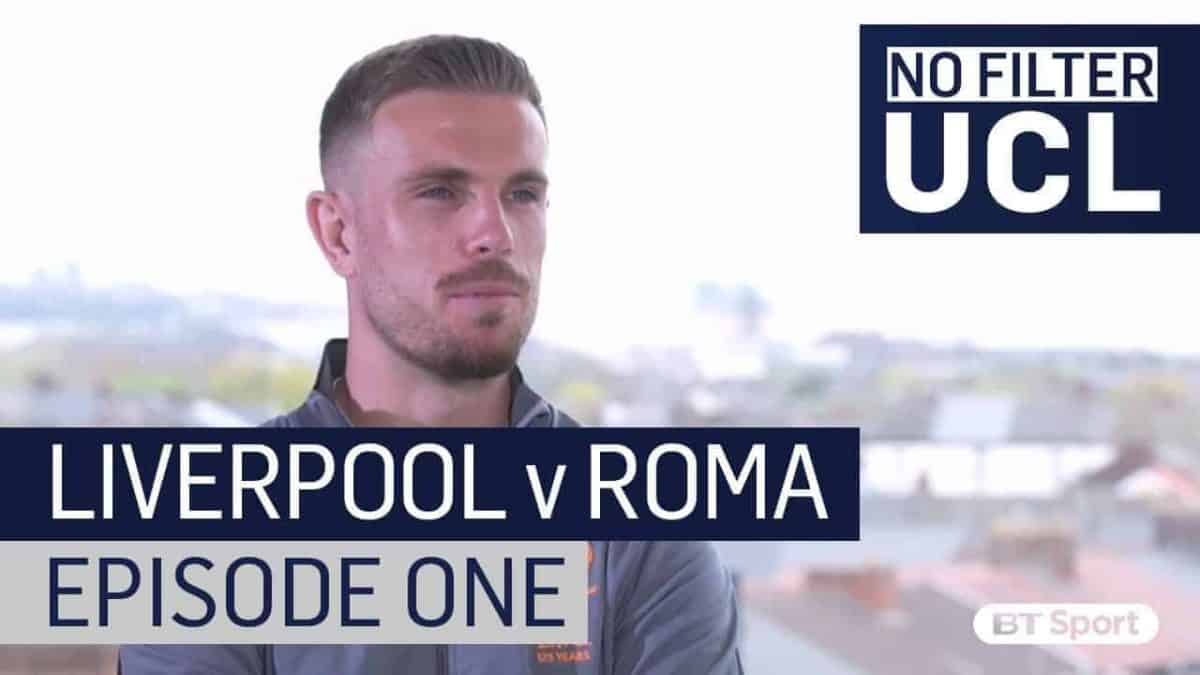 The build-up to Liverpool’s Champions League semi-final against Roma has excited everyone—as evidenced in this video featuring Steven Gerrard and Jordan Henderson.

The Reds face Italian opponents at Anfield in the first leg, with the return fixture to take place at the Stadio Olimpico.

Jurgen Klopp‘s team will be hoping to prove their quality in Europe once more, with a place in the final itself on offer against either Real Madrid or Bayern Munich.

But it’s Roma who present the next great hurdle, in a fixture which has captured everyone’s imagination.

BT Sport have released a video covering many aspects of the buildup, from speaking the Reds’ current skipper to some behind-the-scenes footage of the boss in his press conference. Klopp had the media in stitches—not for the first time—as he appreciated the efforts of his translator for the Italian press, while also on a more serious note spoke about the fans, the atmosphere and the opportunity to reach the final.

Elsewhere, the Golazzo podcast with James Richardson and James Horncastle gets a look-in, there’s a brief glimpse of fans having a kick-about around Anfield itself and a snippet of an interview with Henderson, who hails the team Klopp is building.

The views of Gerrard, John Aldridge and former Man City defender Aleks Kolarov—now with Roma—are all sought too, as the countdown to the match continues.