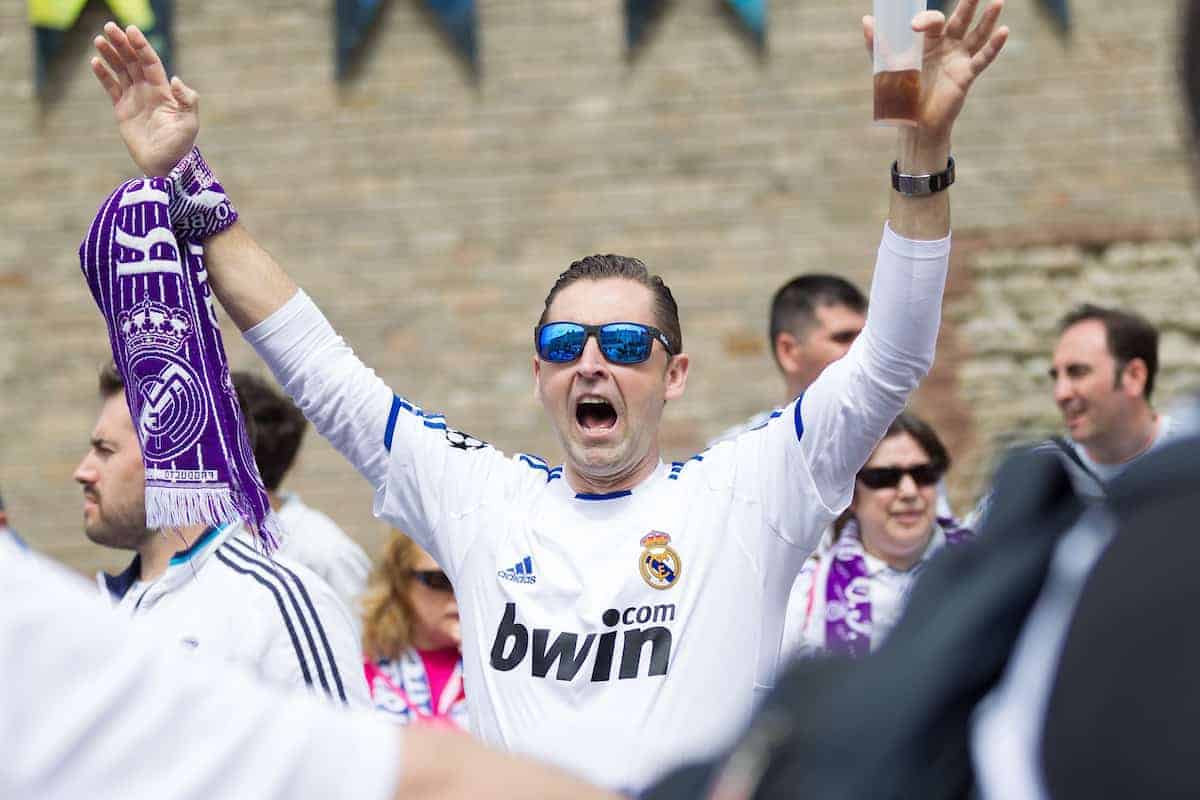 Real Madrid supporters may not fill their allocation for next weekend’s Champions League final due to issues with travel and accomodation in Kiev.

Liverpool take on Real at the NSC Olimpiyskiy on May 26, with Jurgen Klopp seeking his first piece of silverware since taking over on Merseyside in 2015.

Doing so in their first season back in the Champions League would be a remarkable achievement, with Jordan Henderson lifting the club’s sixth European Cup now a very real possibility.

The clash between Klopp’s Reds and Zinedine Zidane’s Real is poised to be an eye-catching one, but many supporters looking to cheer their side on in the Ukraine are facing problems.

The cost of travelling to Kiev rose significantly after Liverpool’s 7-6 aggregate victory over Roma in the semi-finals, while some hotels are now charging over £10,000 a night.

Some fans have opted for longer journeys, with one embarking on a four-day trip to the city taking in two trains, a flight to Poland and a lengthy drive.

But for others, as Spanish publication AS have detailed, the financial weight has proved too much, with over 2,000 Real supporters said to have turned down their ticket allocation.

“24,268 Real Madrid season ticket holders initially entered the ballot to secure one of the 12,802 Champions League final tickets made available via the Liga side,” AS report.

“But the logistical complication and inflated costs in getting to the Ukrainian capital has seen many of those allocated with a final ticket to return it to the club.” It is a difficult situation to fathom, but it is speculated that Real may not fill their allocation, with Atletico Madrid failing to for the Europa League final in Lyon.

This was reportedly due to “fear of problems with the hardcore Marseille fans combined with the midweek kickoff,” but the big issues for the Champions League decider are clear.

The decision to hold the final in Kiev was ill-judged, and plans were seemingly not in place to accommodate supporters from England and Spain.

Liverpool’s involvement in the Champions League final is incredible, with their last clash with Real resulting in a miserable 1-0 defeat under Brendan Rodgers in the group stage just four years ago.

The hope will be that problems with its host city don’t overshadow what could be a landmark night for the Reds.