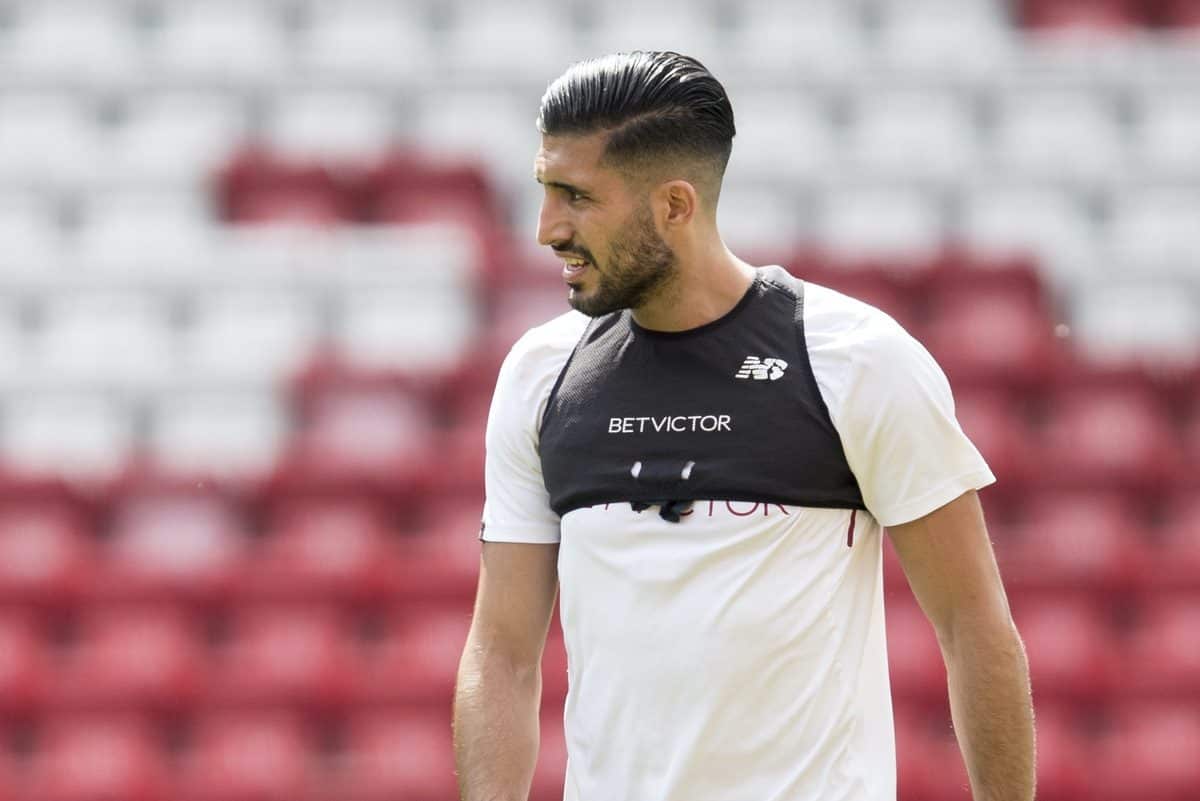 Jurgen Klopp has suggested Emre Can is likely to feature for Liverpool in the Champions League final despite injury forcing him out of the last 11 games.

Can has been absent since mid-March but made his return to training during the Reds’ warm-weather training camp in Marbella this month.

He was pictured alongside his team-mates in Monday’s open session at Anfield, and was named as part of the 24-man squad to fly to Kyiv on Thursday afternoon.

But given his back problem was considered serious enough to keep him out for Germany’s World Cup campaign, he was not expected to play a big role against Real Madrid.

Klopp, however, has remarked at the extent of Can’s fitness, speaking to LiverpoolFC.com on the flight to Ukraine to provide an update on both the 24-year-old and James Milner.

“Milly was clear [he would be fit] and Emre is a surprise,” he explained.

“He told me he would come back, try this and that and then we would talk to people.

“We thought it would be difficult, but he came back and from the first day it was like, ‘OK, that looks good, how do you feel?’ ‘Very good’, and then the next day ‘very good’ again.

“Now he trains completely normal. He’s a nice option and that’s why he is with us.” If Can is involved in any capacity against Zinedine Zidane’s side it could prove controversial with supporters, with the No. 23 expected to leave on a free transfer this summer.

It has been widely reported that Can has already agreed a five-year contract with Juventus worth around £85,000 a week, and his potential inclusion in Kyiv has led to questions on his commitment.

But there is little denying his importance to Klopp, as only Milner (122) and Roberto Firmino (136) have made more appearances under the manager at Liverpool than Can (115).

He has remained professional despite his dwindling contract, and it can even be argued that the decision to delay any announcement until the end of the season further highlights his good intentions.