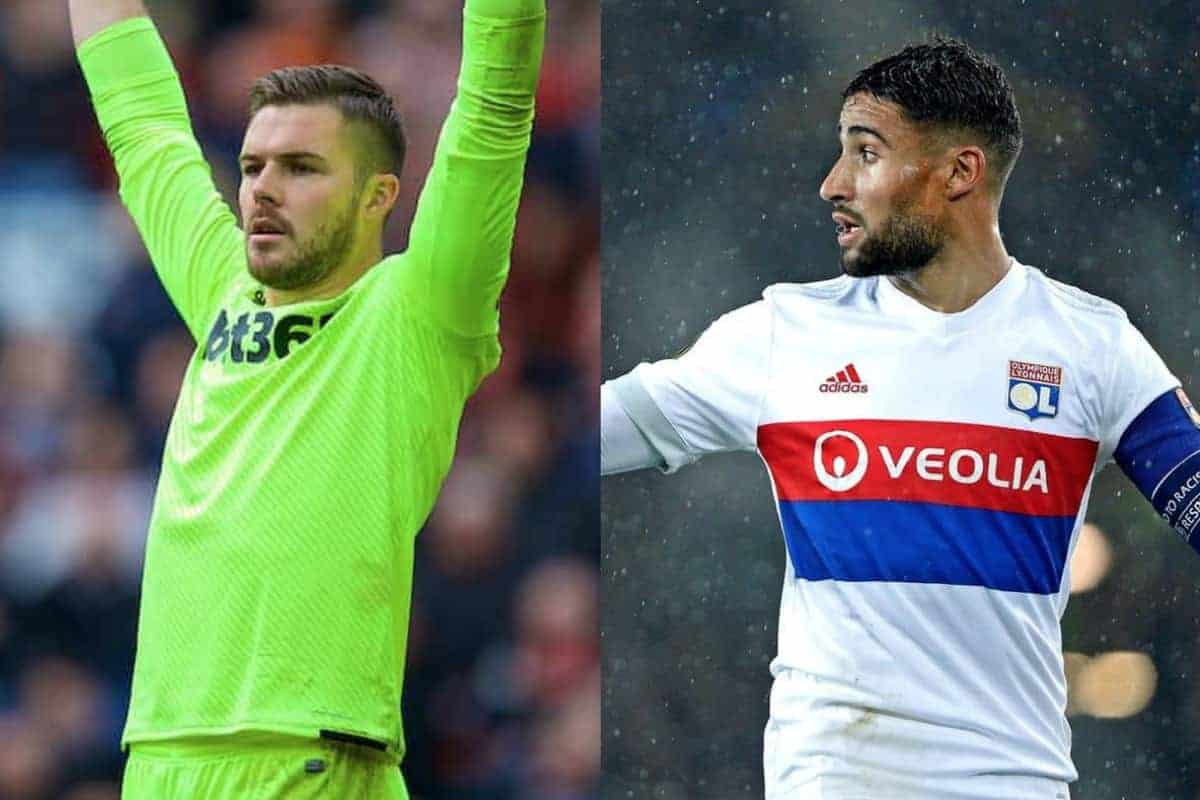 Liverpool are not close to deals for either Stoke City‘s Jack Butland or Lyon’s Nabil Fekir, despite suggestions to the contrary earlier this month.

The transfer window opens on May 17, but for now the Reds have other matters to focus on as Jurgen Klopp prepares his side to take on Real Madrid in the Champions League final.

Sunday saw them seal their second consecutive top-four finish in the Premier League, however, boosting their chances of big-name signings this summer.

Liverpool have already been touted with moves for a plethora of talents, ranging from obscure targets such as Andriy Lunin and Diogo Leite to familiar faces like Ruben Neves and Ousmane Dembele.

Two of the most prominent names linked with a switch to Anfield are Stoke goalkeeper Butland and Lyon attacking midfielder Fekir, with the latter reportedly lined up for £62 million.

According to the Liverpool Echo‘s James Pearce, however, claims that either are on their way to Merseyside in the near future are wide of the mark.

Pearce has stressed that there is no interest in Butland, having been told reports are “nonsense,” and while the Reds have “watched” Fekir, he is “not aware of any negotiations having taken place so far.”

It is telling that claims of Liverpool’s interest in Fekir have not been dismissed, however, though it seems reports from the French press were premature.

Klopp’s shift to a 4-2-3-1 formation for Sunday’s 4-0 win over Brighton at Anfield, while prompted by injury to James Milner, indicated a possible change for next season.

Against the Seagulls, Roberto Firmino reverted to the No. 10 role, behind goalscorer Dominic Solanke and flanked by Mohamed Salah and Sadio Mane in a fluid unit.

Firmino’s long-term future is likely to remain as a striker, but the duty he took up on the final day of the league campaign could be filled by Fekir.

Fekir is at his best as an attacking midfielder or even as second striker, and alternating with Firmino up front would be a devastating pairing, supported by the Reds’ wide forwards.

Given Liverpool’s pursuit of Champions League football next season went down to the wire, it is no surprise that concrete talks have not taken place yet, with their involvement pivotal.

But now their place among continent’s elite is confirmed, with sights now set on a sixth European Cup, more movement can be expected in the coming weeks.