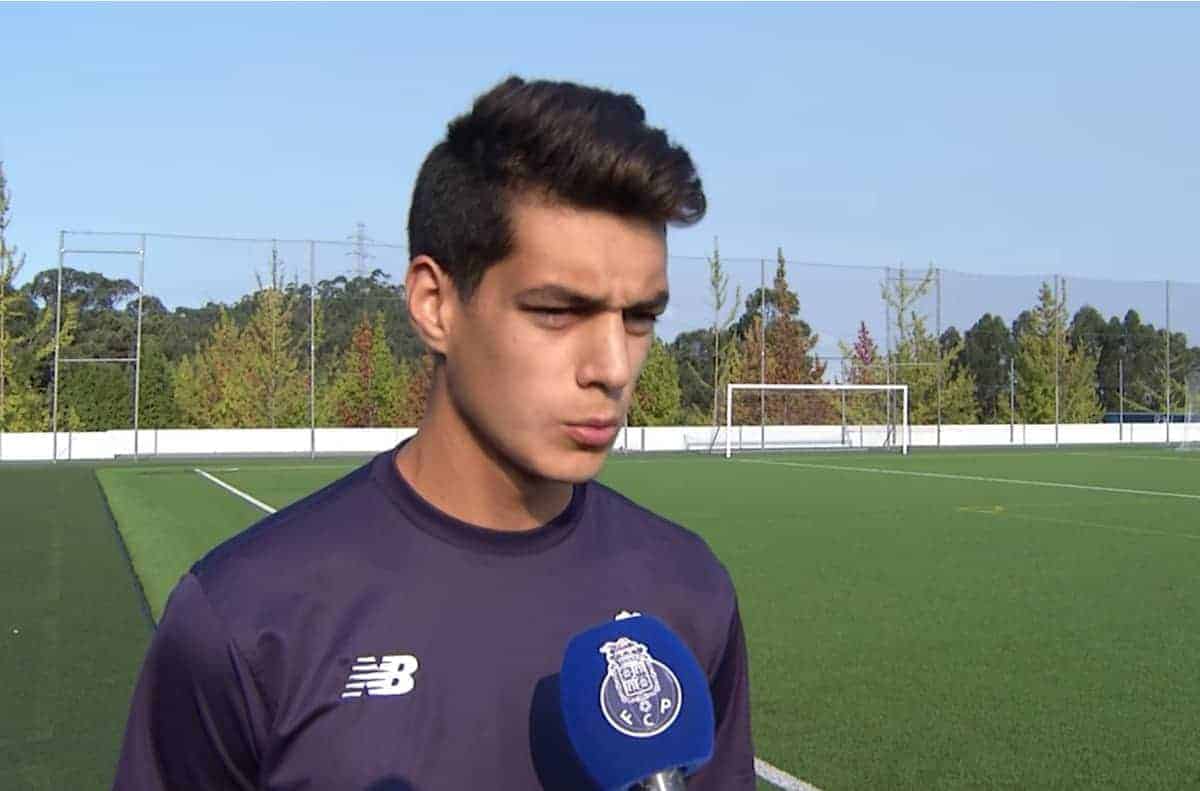 Liverpool are reportedly ahead of two of their Premier League rivals in their pursuit of young Porto centre-back Diogo Leite ahead of the summer.

The Reds are currently short of options at the heart of defence, with season-ending injuries to Joel Matip and Joe Gomez leaving only Virgil van Dijk, Dejan Lovren and Ragnar Klavan fit.

Jurgen Klopp has called academy pair Conor Masterson and Nathaniel Phillips into training in recent weeks, though neither have featured so far this season.

So far, Liverpool have not been credited with concrete interest in any senior centre-backs ahead of the upcoming transfer window, with Klopp expected to persevere with his existing group.

But according to the Guardian the manager is keeping an eye on the future, with Liverpool lining up a move for Porto prodigy Leite.

Jacob Steinberg claims that while the Portuguese side are “determined not to lose the 19-year-old,” the Reds have “made their interest in him clear” and are “leading the race” in front of Arsenal and Man City.

Leite, who has made 27 appearances for Porto B in the second tier this season, has a release clause of €15 million (£13.1 million) in his contract.

While Liverpool will be looking to sign Leite this summer, Steinberg adds that “they plan to send the defender out on loan next season to ensure that he plays regular first-team football.”

Klopp has improved the Reds’ defensive efforts drastically since his arrival towards the end of 2015, with the £75 million signing of Van Dijk in January prompting a stark upturn in fortunes.

He clearly has long-term plans to continue this development, with Leite’s potential arrival further evidence.