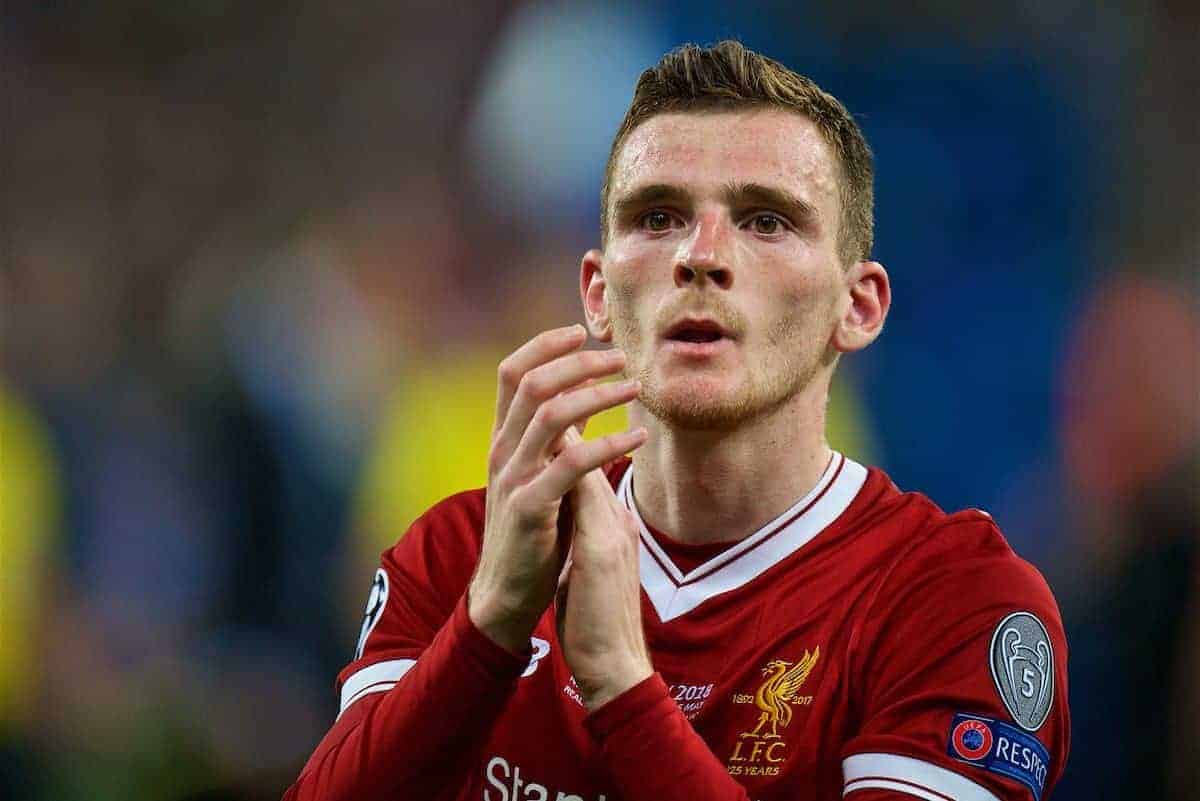 The Liverpool squad were left heartbroken after their 3-1 loss to Real Madrid in the Champions League final, but still made a point to thank supporters.

The Reds endured a nightmare in Kyiv as Karim Benzema’s shock opener and Gareth Bale’s world-class brace consigned them to defeat on the biggest stage.

Sadio Mane‘s equaliser, four minutes after Benzema broke the deadlock, gave Jurgen Klopp‘s side hope but a combination of Mohamed Salah‘s injury and Loris Karius‘ errors put paid to that.

The disappointment of falling at the last hurdle was clear on their faces after the final whistle, and in particular for Karius, who applauded the travelling Kop in tears.

But having returned to Merseyside on Sunday morning, the Liverpool squad took to Instagram to pay tribute to supporters.

I know this morning we are all desperately disappointed, players and fans. Despite an amazing campaign the journey ends here. I'd like to thank the fans for their terrific form all season. ?? Proud of all reds ??? #YNWA #UCLFinal #LFC

Simon Mignolet explained how he was “proud of all Reds,” saying “I’d like to thank the fans for their terrific form all season.”

The Belgian showed real character in backing his team-mates despite falling out of favour, and his continued support will be crucial in the wake of Karius’ collapse.

Devastated after last night, it wasn’t meant to be! We have been on an incredible journey but ultimately ended in disappointment! Thank you for your amazing support this campaign, we will be back stronger next season!! #YNWA #allezallezallez ??

Andy Robertson, who produced another fine display at NSC Olimpiyskiy, said he was understandably “devastated after last night,” but reflected that “it wasn’t meant to be.”

“Thank you for your amazing support this campaign,” he added, before vowing: “We will be back stronger next season!”

I have always dreamed to be on this stage, in the final of the Champions League and of course to win it. It's hard for me to realise only a part of it came true. The result is disappointing and I'm so gutted we couldn't finish this beautiful journey with the trophy. But I'm proud of what we've acclompished with each other, the players, the staff and the fans. Thank you all for the massive support towards last night and thank God for the experience #YNWA ?#weareliverpool

Another of Klopp’s standout performers in Ukraine, Gini Wijnaldum, looked back on the realisation of a dream, but was left disappointed as “only a part of it came true.”

The Dutchman also acknowledged the efforts of supporters, saying: “I’m proud of what we’ve acclomplished with each other, the players, the staff and the fans.”

“Thank you all for the massive support towards last night,” he added.

We gave it everything but it wasn’t enough and I’m sorry to our supporters we didn’t bring it home. As a team we share failure as well as success… we all feel responsible for last night. We win together, lose together and we will always stick together. I’m proud of all the players and staff for the journey we made this season and I know we will be stronger for it next. The Liverpool supporters are Europe’s best even if this season the team wasn’t. You’ll Never Walk Alone

Jordan Henderson continued his fine example of captaincy after a strong post-match interview with BT Sport, absolving Karius of blame in saying “we win together, lose together and we will always stick together.”

The midfielder rightly concluded: “The Liverpool supporters are Europe’s best even if this season the team wasn’t. You’ll Never Walk Alone.”

Tough end to the season. Things didn’t go for us last night but we had a great run in Europe beating some top teams on the way. Thank you for all your support at home and abroad. Sorry we couldn’t bring home number 6 #YNWA

As one of the oldest members of Klopp’s squad, James Milner may have felt defeat worse than others, but insisted “we had a great run in Europe beating some top teams on the way.”

“Thank you for all your support at home and abroad,” the 32-year-old continued. “Sorry we couldn’t bring home No. 6.”

Given the trouble supporters had in travelling to Kyiv for the final, it is heartening to see the efforts of those at the stadium, back on Merseyside and around the world appreciated.

They will be just as important as Liverpool revive their push for No. 6 next season.