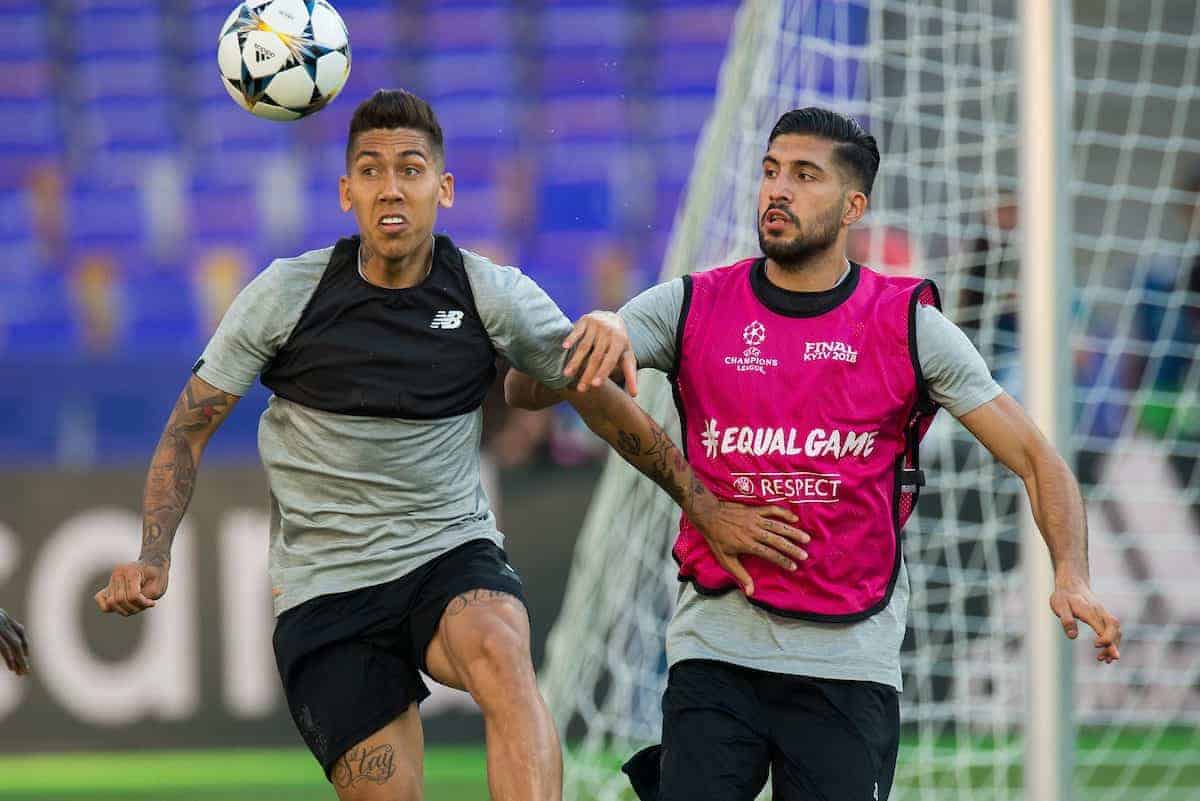 The moment has arrived.

The Reds are just one more win away from adding another legendary chapter to Liverpool’s decorated history with a historic sixth European Cup triumph.

Zinedine Zidane’s Galacticos stand in the way of Klopp’s men becoming the latest group to earn immortal status at Anfield, but this fearless side will give everything to turn dreams into reality.

By now it is no real secret as to what the starting XI will be in Kyiv, with form and fitness of those available practically ensuring Klopp has a simple selection task for the final showdown.

So here is the side that looks certain to fight Real for the famous trophy at the NSC Olimpiyskiy. Indeed, it seems almost nailed on that the German will show faith in the same XI that sealed a passage to the final to take one more step and do the business in Kyiv.

There are other options for Klopp to consider—most notably in potentially finding a place for either Lallana or Can.

But while it’s a welcome boost to have the midfield duo back and available to play a part, neither will have match sharpness or adequate rhythm to really command a starting shirt.

Combined with the fact others have delivered en route to Kyiv while also securing a top-four spot, it’s likely the pair will only feature on the bench which at least gives Klopp some strong options to turn to.

And with the midfield pair likely to be among the subs it means that the team to lineup against Zidane’s side virtually decides itself.

Loris Karius will of course start in goal, with the now first-choice and increasingly impressive defensive unit of Alexander-Arnold, Lovren, Van Dijk and Robertson to protect the German.

Fit-again Milner will come back into midfield alongside Henderson and Wijnaldum to hopefully provide the platform for Mane, Salah and Firmino to work their magic.

Therefore this is the XI that will lead the Reds into battle against Madrid and look to write their names into Anfield folklore on Saturday night: No matter what happens in Kyiv it has undoubtedly been a memorable season, but one more victory would earn Klopp and his players the success they deserve—and how glorious it would be.