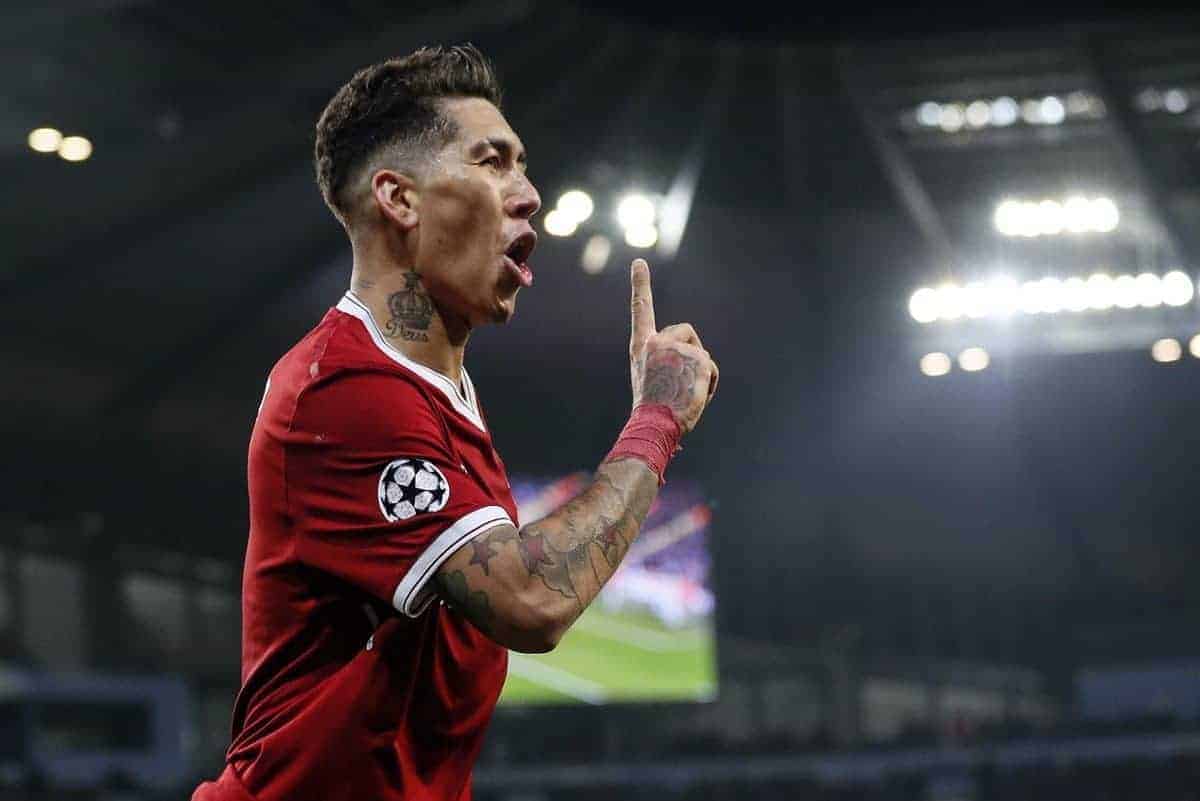 After doubts surrounding his impact as a striker, Roberto Firmino enjoyed a wonderful season and is now one of the best in Europe in his position.

The 2016/17 campaign saw Firmino make another leap forward in his development, with the Brazilian one of Jurgen Klopp‘s key men as the Reds qualified for the Champions League.

He led the line for much of the season, and his all-round qualities blended perfectly with Philippe Coutinho and Sadio Mane, who forged a much-envied front three.

A return of 12 goals in 41 appearances was not entirely convincing, though, even if finding the net is far from Firmino’s main weapon.

He remained integral moving forward, but many felt a genuine goalscorer was called for to take Liverpool to the next level.

Instead, Firmino went up an almighty gear in that aspect of his game, and has also matured into a genuine world-class talent. Rather than spend big on an out-and-out finisher, Klopp showed complete faith in Firmino as his leading man going into the new season.

Plenty of supporters were unconvinced, with many declaring he would never be a 20-goal man, and it was up to the 26-year-old to prove them wrong.

A goal on the opening-day draw away to Watford, albeit from the penalty spot, was the perfect way to start, and he backed that up with a clinical effort at home to Hoffenheim, on a breathless European night at Anfield.

Firmino’s header in the 4-0 thrashing of Arsenal took his tally to three in his first five matches, with as many assists to boot.

It was immediately clear that the Brazil international was the man who holds this entire Liverpool side together even if others, most notably Mohamed Salah, were gaining more column inches.

By the time 2017 ended, Firmino had netted 16 times in all competitions, comfortably eclipsing his 2016/17 total before January had even begun.

The Champions League knockout rounds had been reached, and as part of the short-lived ‘Fab Four’ with Coutinho, Salah and Mane, Firmino had been a joy to watch.

The goals kept coming in the New Year, including a beautiful clipped finish in the stunning 4-3 win over Man City, and three consecutive goalscoring games against Southampton, Porto and West Ham.

Firmino put the Champions League quarter-final against City to bed with a stylish strike, and registered a double in the semi-final first leg as Roma were taken to the sword.

It wasn’t the most relentless of finishes to the season in terms of goals, with only two in the Premier League from March on onwards.

Despite that, a total of 27 completely silenced those who ever doubted him, and Klopp’s faith in him had been vindicated.

As mentioned, goals are just a fraction of what Firmino offers, however, and it was his all-round genius that made his campaign so special.

Much More Than Just a Striker

Ever since joining Liverpool in 2015, there has always been a subtle magic about Firmino.

It took a while for the masses to appreciate him, but as time has passed he has become a highly rated household name, even if some still don’t fully ‘get’ him.

Perhaps the key reason for this lack of universal acknowledgment is the masterful manner in which he makes the difficult aspects of football seem incredibly simple.

Those perfectly weighted passes, the awareness of space around him and timing of runs and tackles will all go under the microscope if you don’t look closely enough.

To call Firmino a striker is almost doing him a disservice—he is a defensive midfielder, No. 10 and marksman rolled into one. He is unique.

No striker in world football works as hard as him, very few are as selfless in the final third and few possess his team ethic and attitude. His importance to this Liverpool team is unrivalled—Salah and Virgil van Dijk aren’t too far behind—and he showed that so often during 2017/18.

When the Reds’ football was at its breathtaking best, Firmino was central to everything good about it, whether that be starting moves, being heavily involved in them or simply finishing them off.

Without him around, Liverpool would never have got close to reaching the Champions League final, with Sevilla, Maribor, Spartak Moscow, Porto, City and Roma all undone by his artistry.

Firmino really is irreplaceable at the moment, and he couldn’t be more perfect for Klopp.

Improvements are required within Liverpool’s starting lineup this summer, most notably in goal and at centre-back—the respective additions of Naby Keita and Fabinho are significant in midfield—but the attack is flourishing.

Better depth is needed in that area, with Lyon’s Nabil Fekir looking a likely new purchase, but Firmino is a shoo-in to remain a regular along with Salah and Mane.

In many ways he is the poster boy for the Klopp era, and the thought of him not being involved every week is one not worth contemplating.

This has been by far the most impressive season of Firmino’s career to date, and at 26 he should be about to hit his peak.

Any manager in world football would love to have him, and if the Reds are to enjoy a sustained period of success in the coming years, keeping hold of him is paramount.

Keep up the great work, Bobby.

Best Moment: The finish at home to Man City.