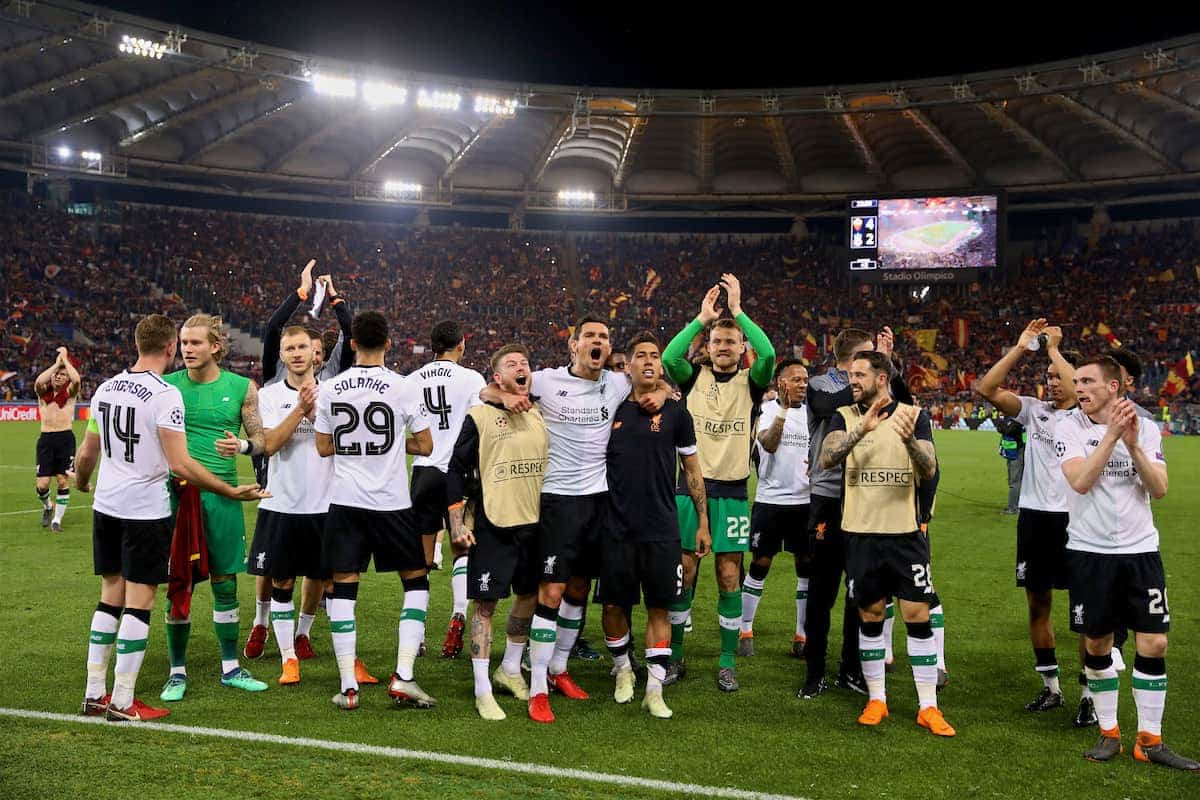 Liverpool reached the Champions League final by the skin of their teeth on Wednesday night, despite a 4-2 second-leg loss away to Roma.

The Reds took a 5-2 lead with them to Stadio Olimpico, having ripped their Serie A opponents to shreds at Anfield last Tuesday.

Jurgen Klopp‘s side made the perfect start as Roberto Firmino played in Sadio Mane, who fired home his 19th goal of the season after just nine minutes.

A desperately unlucky own goal by James Milner levelled things up shortly after, after Dejan Lovren‘s clearance hit the midfielder and flew past Loris Karius.

Gini Wijnaldum finally scored his first away goal for Liverpool—what a time to do it—heading past rumoured Reds target Alisson.

Having strolled in 2-1 up at half-time a horrible nervy second half occurred, as the dangerous Edin Dzeko made it 2-2 following some poor defending.

Just as it looked as if Klopp’s men were easing their way into the final, Radja Nainggolan scored a very late double to ensure a measure of doubt in the closing stages. But the final whistle went seconds after Nainggolan’s stoppage-time penalty, leading to joyous scenes on the pitch and in the away end.

Liverpool have reached their first Champions League final in 11 years, with Klopp 90 minutes away from an unbelievable achievement.

Real Madrid await in the showcase event in Kiev on May 26, as they look for a third European crown in succession.

What an incredible night in Rome.