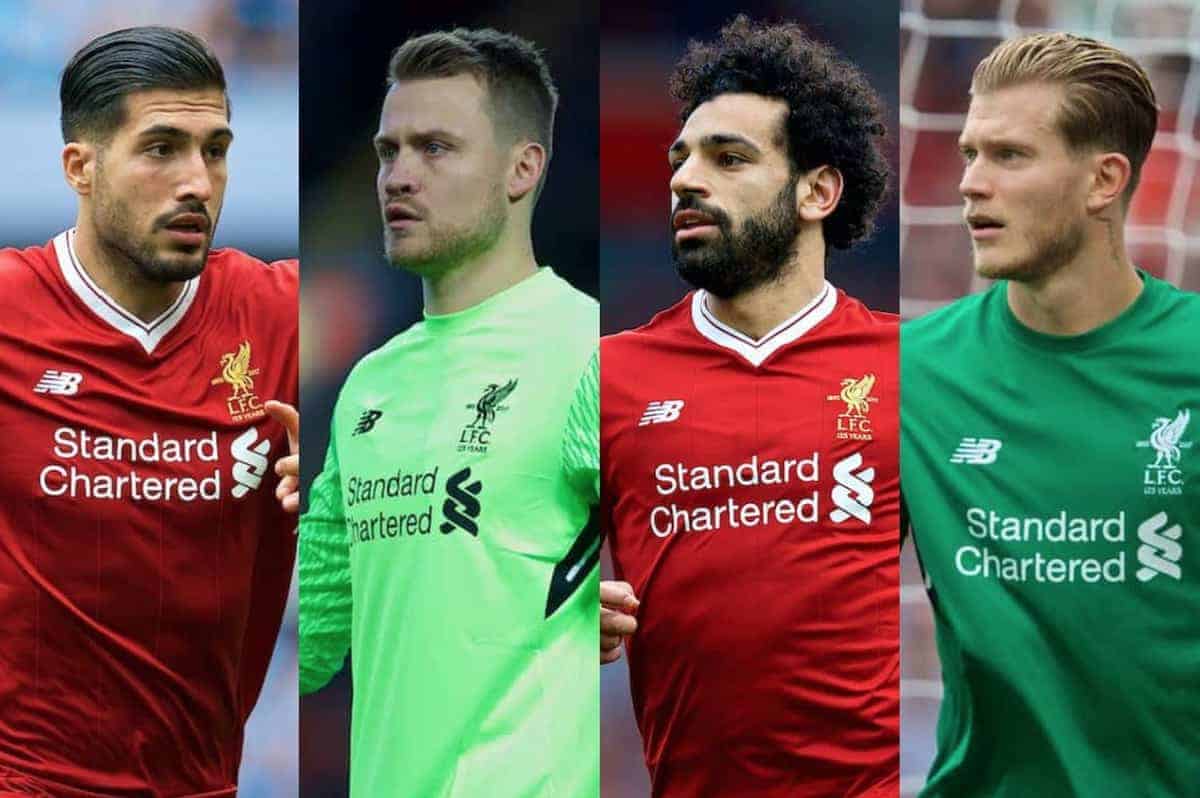 We round up the latest Liverpool news and transfer rumours on Monday, as soon-to-be free agent Emre Can closes in on his long-awaited exit.

Can Agrees Four-Year Deal With Juventus It has long been apparent that Can would leave the club at the end of the season, having failed to agree a contract extension after four years with the Reds.

The midfielder, who missed out on a place in the Germany squad for the World Cup, has been regularly linked with a move to join Juventus, with Borussia Dortmund and Man City among the other clubs interested.

Remarkably, Sky Sports claim that Can has only just negotiated terms with the Serie A giants, and will undergo a medical later this week.

It was previously reported that Can’s move would be announced after the Champions League final, to avoid distraction at a crucial time for Liverpool.

There has been no confirmation yet, but it is certainly a matter of when, not if, for the No. 23.

Update on Futures of Goalkeeper Trio Reports on Monday morning claimed Liverpool had held talks with representatives of Roma goalkeeper Alisson ahead of Brazil’s 2-0 win over Croatia at Anfield on Sunday.

Heading into the summer, much of the focus has been on the Reds’ attempts to sign the stopper, and the future of under-fire No. 1 Loris Karius.

But Goal‘s Neil Jones has provided an update on the futures of Simon Mignolet, Danny Ward and youngster Kamil Grabara, ahead of a likely reshuffle in Klopp’s ranks.

Jones reveals “interest from several clubs across the continent” in Mignolet, who is expected to leave, while speculating that Ward will also depart after playing just once last season.

Interestingly, he adds that Liverpool have “high hopes” for Grabara, and it could be that the Pole could be considered for a bigger role if the likes of Mignolet, Ward and Adam Bogdan move on. Brazil’s visit to Anfield at the weekend saw a controversial return for Philippe Coutinho, who saw his reputation soured after forcing through a £142 million move to Barcelona in January.

Coutinho retains a positive connection with his former team-mates, however, and speaking after his country’s victory he tipped Salah to make his mark at the World Cup and remain a “big hero” for Liverpool:

“It feels like the right moment for ­someone to take their chance at this World Cup.

“Messi and Ronaldo have been up there on their own for so many years. I think it may be time for other players to aspire to be the best in the world—and the best at this World Cup, too.

“For me, Salah and Neymar have serious chances to do that.

“It depends on how the tournament goes, of course, but they have the talent to do it. Those are the players I would pick out.

“Watching Mo Salah since [I left] has been amazing.

“He is going to be a player who will be a big hero at Liverpool for a long time, I am totally convinced of that.”

Trent Alexander-Arnold capped a sensational season with Liverpool by being called up to Gareth Southgate’s England squad for this summer’s World Cup.

The teenager has been handed the No. 22 shirt and will be hoping to play a key role for the Three Lions in Russia, where they will take on Belgium, Panama and Tunisia in Group G.

According to the Mirror‘s John Cross, Alexander-Arnold will be given his first opportunity to impress when England take on Costa Rica in Leeds on Thursday night.

He will be vying for a starting spot with Kieran Trippier, and though the Tottenham man has impressed of late it can be argued Alexander-Arnold is a ready-made solution at right wing-back.

Jordan Henderson is likely to start at Elland Road, and will wear No. 8 at the World Cup.

It emerged on Monday afternoon that Karius underwent a scan in Boston last month to determined whether he had suffered head trauma during the Champions League final.

This came after Sergio Ramos elbowed him in the side of the head minutes before he rolled the ball into the path of Karim Benzema for Real’s opener.

If it transpires that Karius was in fact concussed it will undermine Benzema’s claim that he wasn’t “lucky” to score, as he explained on Sunday.

“It’s an easy goal but you have to be there, in the right place and at the right time.”

Benzema certainly deserves credit for his tireless efforts up front, but it will be interesting to see whether Karius was influenced by Ramos’ dark arts in Kyiv.