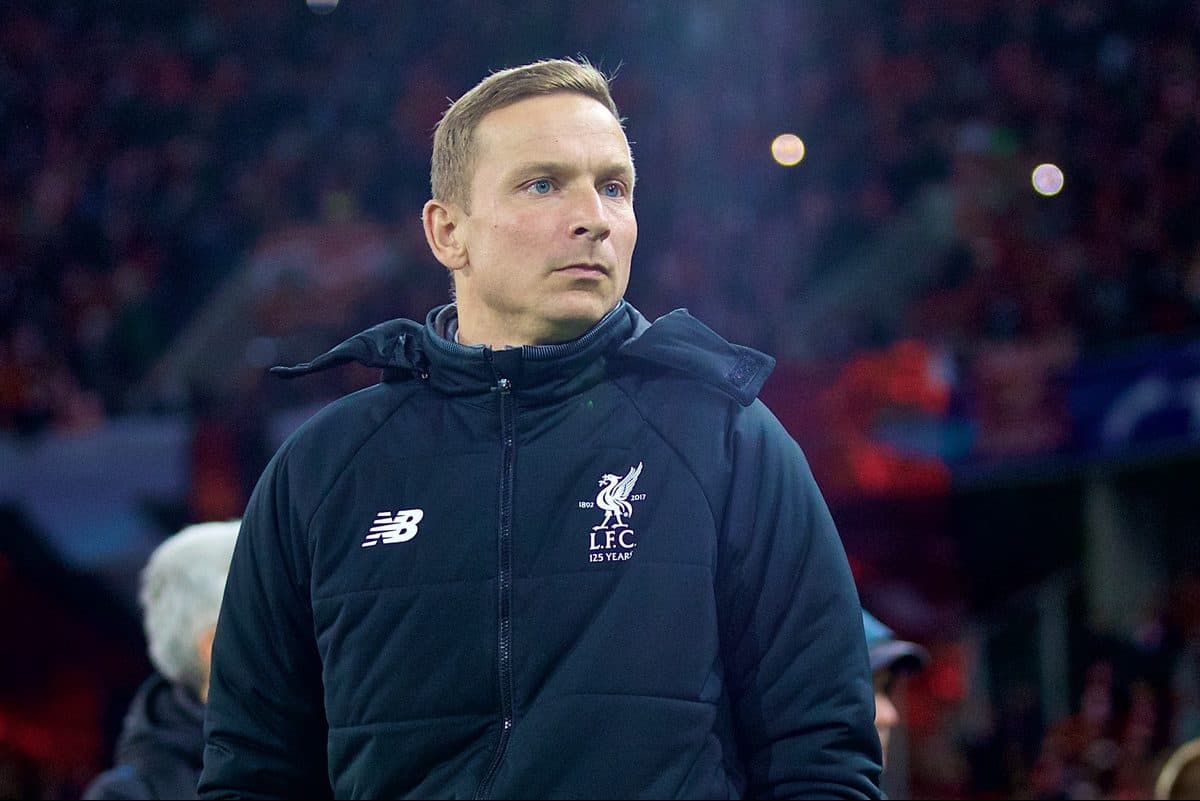 Lijnders left the Reds to take up the manager’s role at NEC Nijmegen in January, but left the Dutch club after failing to secure promotion to the Eredivisie five months later.

With Klopp’s assistant, Zeljko Buvac, expected to leave Liverpool in the coming weeks – having temporarily stepped down from his role as assistant manager in April – Lijnders is expected to take on a more senior role than previously.

The club confirmed he will return in “a senior capacity,” alongside Andreas Kornmayer, Peter Krawietz and John Achterberg.

Lijnders initially joined the Reds as U16s coach in 2014, but was promoted to elite development coach a year later, with his duties increasing following Klopp’s arrival.

The Dutchman served as a liaison between the academy and first team, but his ambition to become a first-team manager has prompted a reshuffle on his Melwood comeback.

His impact, as an intelligent, forward-thinking coach, was apparent given Klopp’s faith in him, and his return has been lauded by supporters on Tuesday evening:

Great news that Pepijn Lijnders has returned to the club. He will take on a role in the first team coaching team #LFC

Liverpool reconvene for pre-season training on July 2, with Lijnders’ role likely to become clearer in the coming days as Klopp prepares for life without Buvac.

The Reds are still in need of a new U18s manager following Steven Gerrard’s move to take over at Rangers.