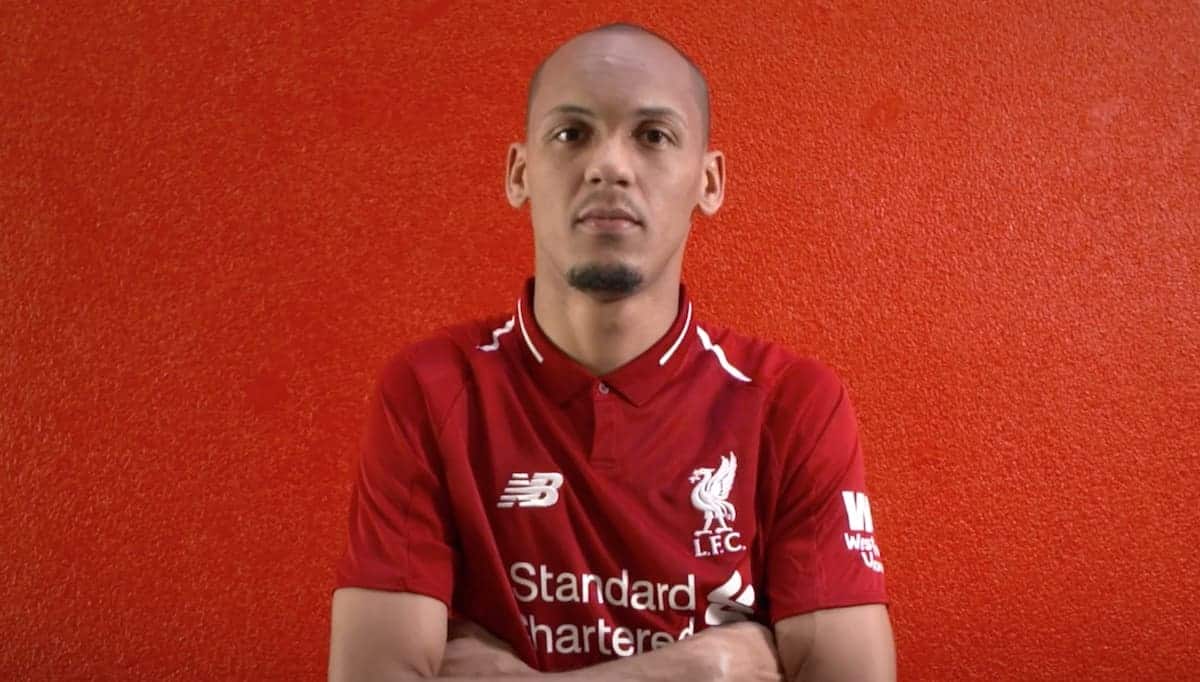 Fabinho arrives as Liverpool’s new deep-lying midfielder this summer, but how does he compare to his counterparts at the top of the Premier League?

The Brazilian is part of the 26-man squad to report to the first day of pre-season training at Melwood on Monday morning, following his £39 million switch from Monaco.

Having moved to Merseyside on Friday, the 24-year-old will be settling into his surroundings as he prepares to take up a key role under Jurgen Klopp.

Klopp’s decision to opt for Fabinho, alongside fellow new signing Naby Keita, suggests an overhaul of his midfield ranks this summer.

A natural No. 6, Fabinho could take over from Jordan Henderson, as Klopp also sets his sights on a replacement for Philippe Coutinho as part of a new-look trio.

But how does Fabinho compare to Henderson, along with his counterparts from Man City, Man United and Chelsea?

Here we pit the midfielder up against his new captain, Fernandinho, Nemanja Matic and N’Golo Kante, weighing up per-90 statistics in his passing play, end product and, crucially, defensive work: Interestingly the only statistic Fabinho trumps his competition with is in goals scored, having netted seven times in 33 league games last season, of which four were penalties.

However, overall he proved to be an excellent all-rounder: second to Kante for chances created and tackles won, and Fernandinho for aerial duels won.

He is on par with City’s No. 25 for interceptions, which should be encouraging given he is likely to operate as a similarly front-footed option at the base of the midfield.

Perhaps given he was turning out in Ligue 1 rather than the Premier League, Fabinho is significantly lower than the quartet in terms of passes made, with Fernandinho averaging over 30 more per 90.

But he is comparable to Kante, Matic and Fernandinho in terms of accuracy, and as a vastly more creative outlet than the latter pair he can be expected to cope in a more possession-based system. Most glaring is the gulf between Fabinho and Henderson, with the Reds’ new signing outperforming Klopp’s previous first choice in every aspect aside from total passes.

Henderson is less creative, scores fewer goals and is less effective both on the ground and in the air in the defensive sector, which could vindicate Klopp’s decision if he Fabinho does take his place.

It could be that the Englishman is shifted back into his natural, box-to-box role following the arrival of Fabinho, as he is seemingly the worse option as a No. 6.