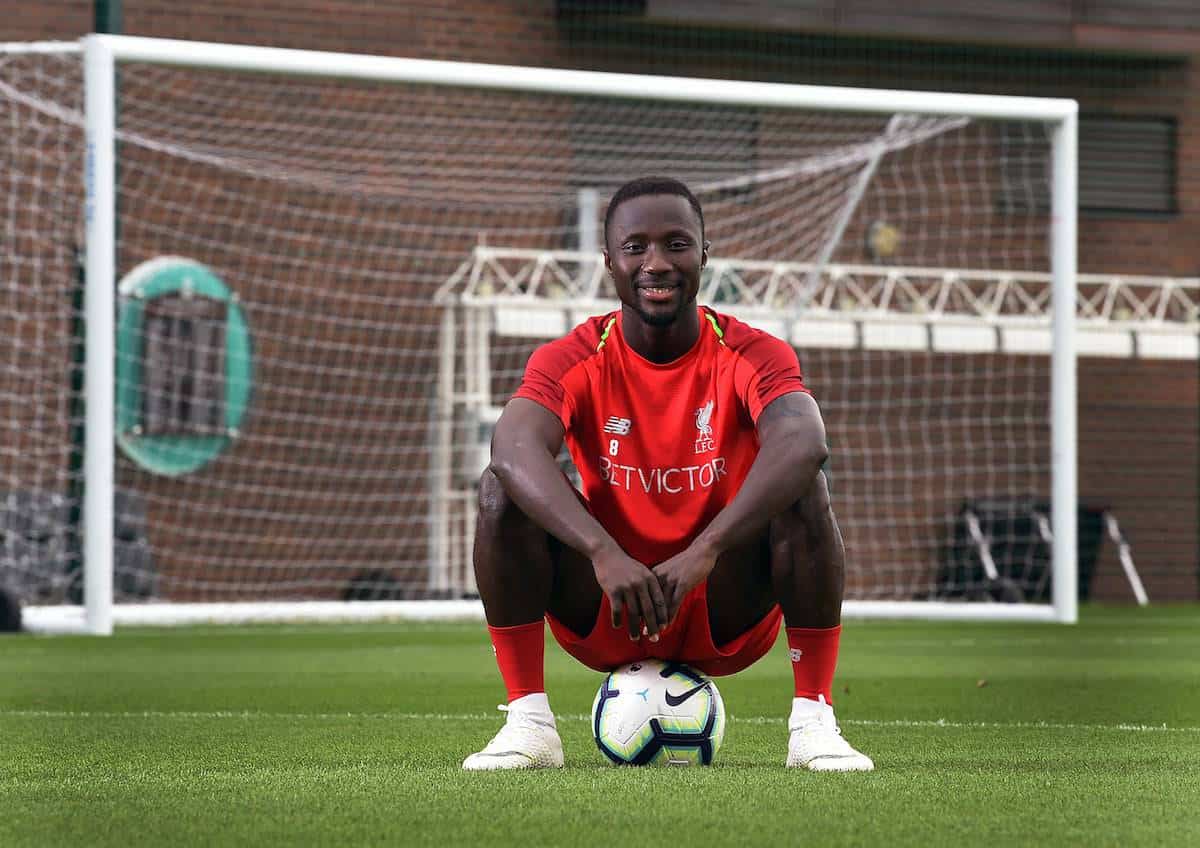 Liverpool have officially unveiled new signing Naby Keita, after the Reds agreed a deal to sign the midfielder from RB Leipzig last summer.

Liverpool agreed to pay Keita’s £48 million release clause last August, plus a small premium that took the deal to an overall fee of £52.75 million.

That makes Keita Liverpool’s second most expensive player, behind the £75 million paid for Virgil van Dijk in January.

The 23-year-old midfielder has signed a five-year contract at Anfield and officially becomes a Liverpool player on July 1.

He will wear the number 8 shirt, last worn by Steven Gerrard.

Fans will get their first chance to see the player in action in the friendly against Chester on Saturday 7 July.

The all-action midfielder has an eye for goal, scoring nine and assisting seven in his final season with Leipzig; his previous season he scored eight and assisted eight.

Confident and comfortable on the ball in tight spaces in midfield, Keita’s dribbling ability will add a new dimension to Jurgen Klopp‘s side. On his arrival, Keita told Liverpoolfc.com: “When you see how they performed last season it makes me want to do the same and to be a part of this team. I would like to be able to achieve a similar kind of season with them next season – but even better.

“I chose Liverpool because it is a team I watched often – and I also spoke a lot about it with Sadio [Mane]. He told me a lot about the team and the club.

“I also spoke with the coach, who told me about the project for the team and that motivated me to be here.”