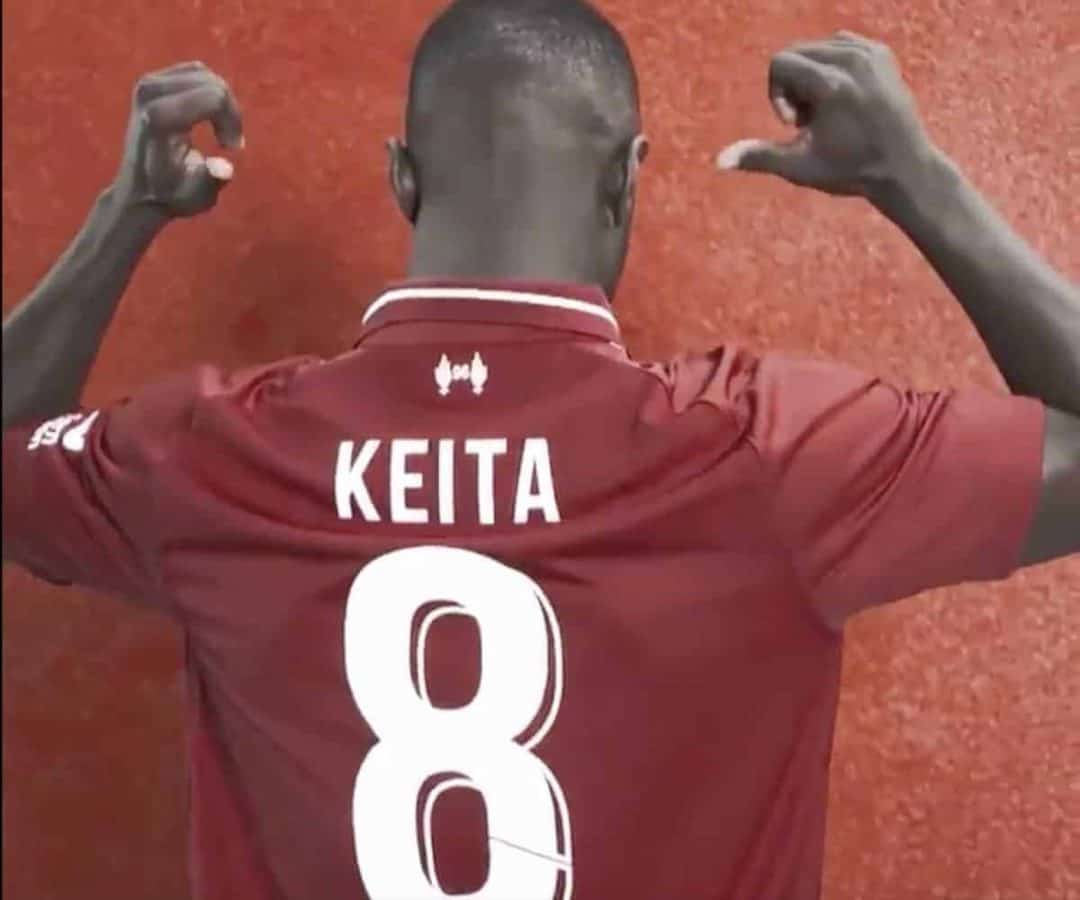 Naby Keita has been unveiled for Liverpool and he’ll wear the No. 8 shirt – last worn by legendary midfielder and captain Steven Gerrard.

With the Reds having sealed a deal for the RB Leipzig man last year, it has been a long wait to finally see him in a red shirt.

But Keita will officially join on July 1 and start pre-season training with his new team-mates the day after (next Monday).

Having arrived on Merseyside last weekend, Keita has been presented with his new shirt—by none other than Gerrard himself.

While the Guinean’s quality should ensure he’s an Anfield success regardless, the new man was quick to acknowledge the significance of both Gerrard’s presence and his former number.

“It was an incredible day for me. He gave me the No.8 jersey. When it happened, it was a surprise and I didn’t expect it,” the midfielder explained.

“When he came in, I looked and him and said, ‘wow’ because he is a legend.

“If somebody like that gives you his shirt number, it’s not to play around with, it is to try and do as much as he did – that’s my motivation.”

If Keita can go on to make even close to the impact the iconic midfielder did, he’ll prove an absolute masterstroke of a signing from Jurgen Klopp.