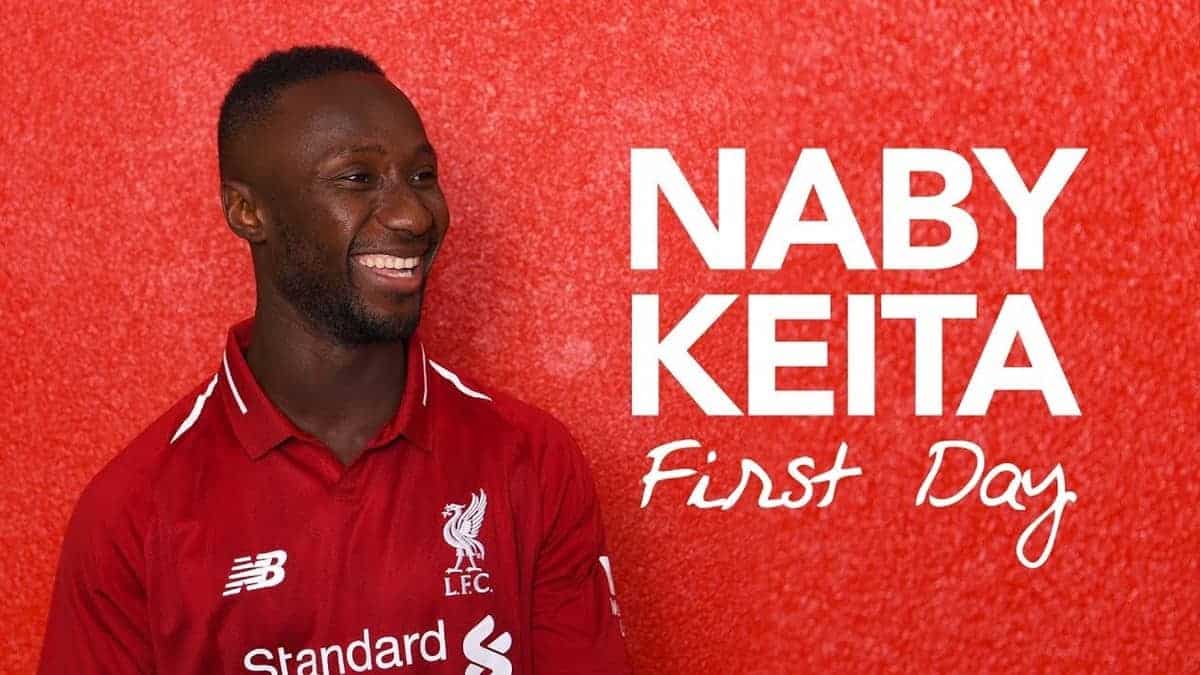 Naby Keita was officially unveiled as a Liverpool player towards the end of June, and met Alex Oxlade-Chamberlain on his arrival at Melwood.

Keita arrives as the first signing of the summer for Jurgen Klopp, and will be joined by Fabinho as pre-season training begins on July 2.

The Guinean already agreed to join the Reds in 2017, but the £52.75 million deal with RB Leipzig required him to remain at the Red Bull Arena for another campaign.

He is expected to make his debut at Chester on July 7, and can provide supporters with a glimpse of his talents ahead of an exciting season ahead.

Having made the move to Merseyside earlier this month, Keita was shown around the training ground as he fulfilled his media duties and got to grips with his surroundings.

On hand to welcome him to the club was Oxlade-Chamberlain, who is undergoing rehabilitation on a knee injury which ruled him out of the Champions League final and the World Cup.

His brief interaction with Keita highlighted how influential a figure the 24-year-old can be off the field, and how he remains vital despite being out of action until at least November.

Keita was clearly taken aback by the facilities in West Derby, and took part in a short session with fitness coach Conall Murtagh as he prepares to make his debut in pre-season.

It was revealed shortly after his arrival that this came at Keita’s request, showcasing the impressive attitude that clearly endeared the midfielder to Klopp.