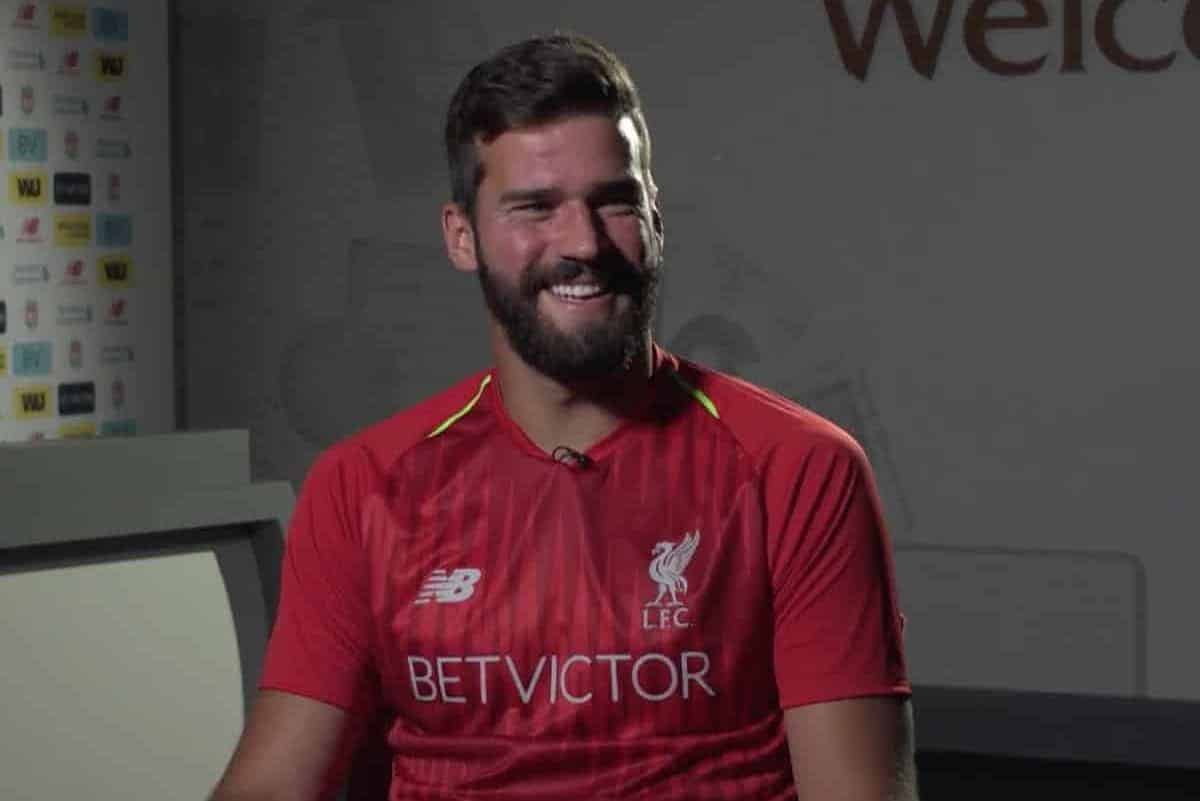 Liverpool’s new world-record signing Alisson has vowed to “give everything on the pitch” after completing his £65 million move from Roma.

The 25-year-old became the Reds’ fourth signing of the summer when he completed his world-record switch late on Thursday night.

Having produced a sensational campaign in Rome in 2017/18, including reaching the Champions League semi-finals, Alisson arrives backed as a “world-class goalkeeper” by Jurgen Klopp.

This will only heighten expectations of the Brazilian, but speaking to LFCTV during a lengthy interview at Melwood he showed no shortage of confidence.

Instead, Alisson expressed his gratitude after a difficult journey from Novo Hamburgo to Merseyside, and his desire to “meet [supporters’] expectations” between the sticks:

“My message to everyone is that I’m really happy to be part of this team and this family.

“I’m the type of guy that always wants to succeed in life.

“I came from nothing and I’ve arrived at this moment in my career. Thank God, together with my family and the people who work with me.

“Rest assured, I’ll give everything on the pitch. I’ll bring them a lot of joy.

“I hope for their support and I hope to meet their expectations of me.”

Alisson will take over from Loris Karius as Klopp’s first-choice goalkeeper, and given the German’s struggles in recent months this comes as a relief to most.

His emphatic statement on joining the Reds should provide encouragement, as Brazil’s No. 1 certainly has the quality to complement his commitment.