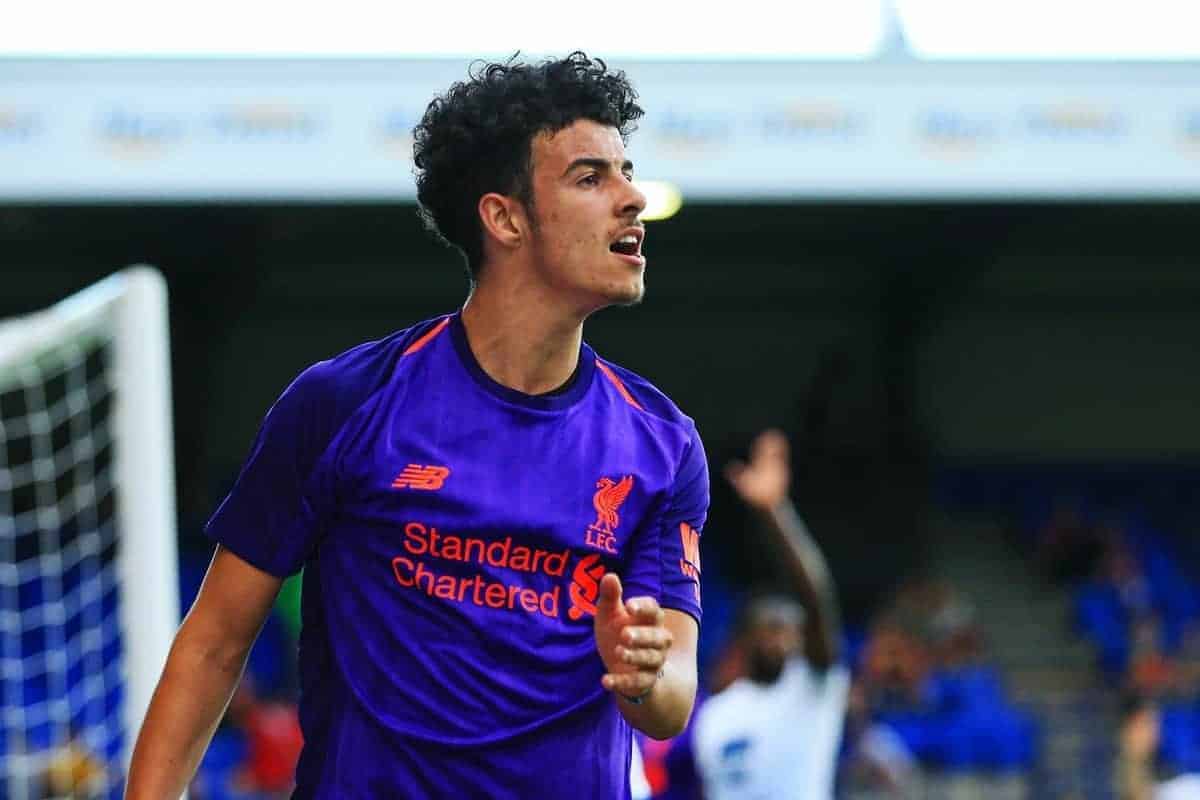 Pre-season has provided Liverpool hopeful Curtis Jones an opportunity to impress, and this should just be the start for the young Scouse midfielder.

Playing for the Reds should be a big deal for any 17-year-old, but born in Toxteth and raised on Merseyside the significance will be even more so for Jones.

The youngest player in Klopp’s pre-season squad, Jones made his first-ever appearance for the first team in the 7-0 win over Chester and playing another 45 minutes in the 3-2 victory at Tranmere.

Alongside the likes of Kamil Grabara (19), Ben Woodburn (18), Rafa Camacho (18) and Rhian Brewster (18), the teenager represents one of the biggest young prospects on the fringes at Anfield.

But who is Jones, what can he offer Liverpool and what are his short and long-term hopes? Having both made his debut for the U18s and trained with Klopp’s senior squad for the first time at the age of 15, Jones has long been ahead of the curve.

Jones joined the Reds at U9 level, and has benefited from a tutelage of the club’s impressive academy staff as he works his way through the ranks, aided by his prodigious talent.

He signed his first professional deal with Liverpool in February ahead of being drafted into first-team training on a regular basis, and was named on the substitutes’ bench for April’s 0-0 draw with Everton.

Jones travelled with Klopp’s squad for Premier League and Champions League clashes, providing him with invaluable experience training alongside the likes of Sadio Mane and Mohamed Salah. His approach is, in part, comparable with both of Klopp’s first-choice wingers, but the anticipation around Jones’ development largely stems from vast potential in a variety of roles.

Jones is a fleet-footed, creative talent who can play on either flank, behind the striker and deeper in the midfield, with his natural tendency to drive at defences a key threat.

His pace and dribbling ability making him a devastating prospect for centre-backs and full-backs alike, with his passing range and third-man runs lending him an unpredictability that saw him score and assist consistently in 2017/18.

Stepping up through the ranks so swiftly highlights both a fearlessness and an willingness to adjust and adapt, and despite being just 17 he is more physically adept than many of his peers.

It remains to be seen which role he settles into, but early signs in pre-season suggest Klopp envisages him as an attacking midfielder, and his assist for Harry Wilson‘s second against Chester warranted his inclusion. Jones could be seen as simply the latest gem in an academy that has produced a host of failed projects in recent years, but the widespread praise he has received underlines his standout ability.

Speaking at the beginning of 2017, Pepijn Lijnders highlighted Jones as one of the key names from his current Talent Group at Melwood, along with Luis Longstaff and Paul Glatzel.

In an interview with The Anfield Wrap a month previous, now-departed youth coach Michael Beale highlighted the teenager as one he would be “very keen to see kicking on,” also lauding his versatility.

Steven Gerrard, who built his side around Jones in his season in charge of the Liverpool U18s last term, labelled him “a top talent and a top player,” adding how “it’s important he gets on the ball as much as he can because he makes us play.”

“It’s just important we keep giving him the right values and we keep working on the other side of his game,” Gerrard continued.

“We know he’s fantastic on the ball, we are trying to improve the whole package. But he’s moving in the right direction.”

Klopp himself, speaking to BT Sport in March, recalled rare praise for Jones and Camacho from Zeljko Buvac, explaining how he “doesn’t say a lot, but about these players he said ‘wow, they are real talents’.” Buvac may be expected to leave permanently as his absence continues throughout pre-season, but Jones can remain a staple of the Liverpool squad for the long term.

It is unlikely he commands a regular role for Klopp’s side in 2018/19, but the manager’s plans for Brewster indicate that it could be a possibility, and the club will no doubt look to tie him down to an improved deal next year.

Jones is more versatile than Woodburn, who could benefit from a loan spell this season, with his height and pace arguably giving him an advantage over his more experienced counterpart.

For now, his performances throughout pre-season could serve as a primer for the campaign, and with bright performances in his first two appearances the outlook is certainly positive.

While it would be remiss to claim Jones is ready to step up as a first-team regular under Klopp, he certainly has the potential to do so, just like Trent Alexander-Arnold.