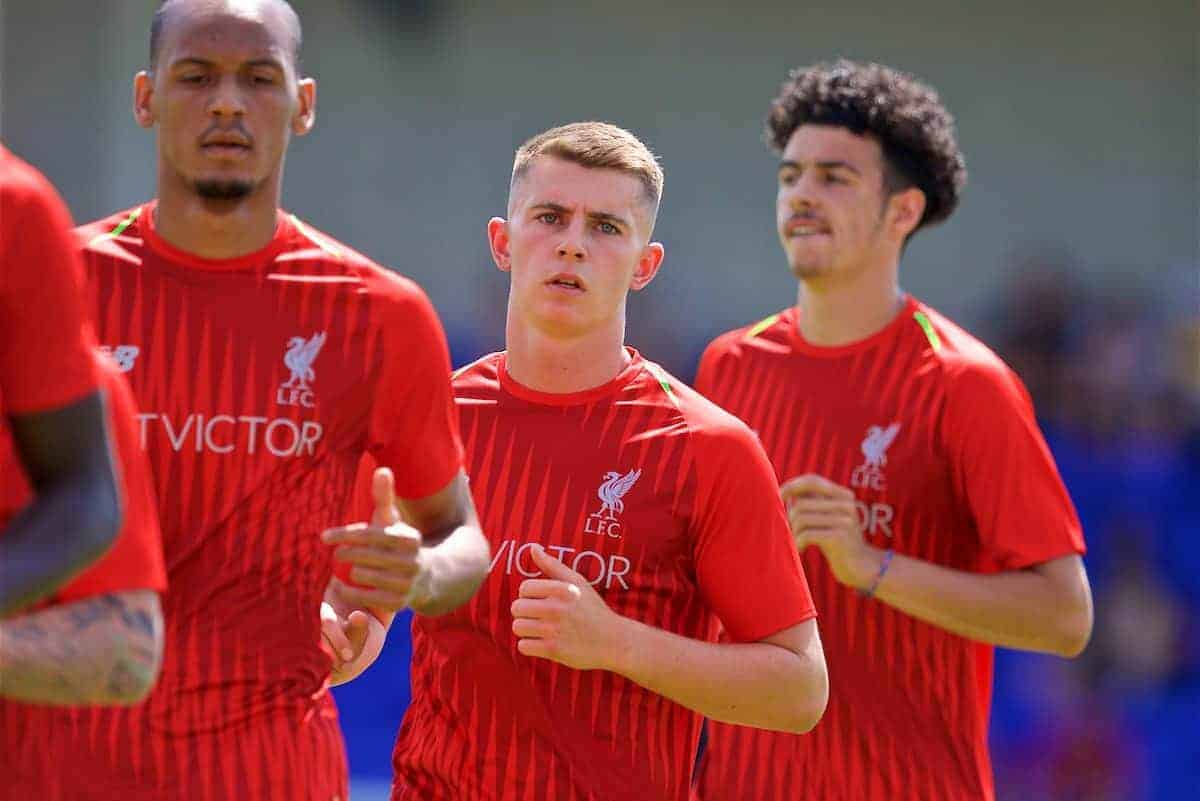 Liverpool midfielder Ben Woodburn is attracting interest from sides in the Championship, and a loan move could see him replace a former Reds target.

Woodburn was among those to start in Saturday’s pre-season opener at Chester, playing the first 45 minutes in a 7-0 rout at Deva Stadium.

The 18-year-old operated alongside new signing Fabinho in the middle of the park, before being replaced by goalscorer James Milner at half-time.

Though it was his first runout ahead of the new season, Woodburn was outshone by fellow youngster Curtis Jones, whose sumptuous pass laid on Harry Wilson‘s second of a first-half brace.

After a campaign that saw him feature just twice and for a total of 50 minutes, Woodburn finds himself in a difficult position, having been denied a loan move in January.

According to Goal‘s Neil Jones he could be set for a temporary switch this summer, with both Norwich City and Sheffield United interested.

A decision won’t be made at least until after the next three domestic friendlies, with Liverpool taking on Tranmere on Tuesday, Bury on Saturday and Blackburn next Thursday.

But interestingly, Woodburn could move to take over from one of two players previously on Jurgen Klopp‘s radar, with James Maddison having left Norwich and David Brooks departing Sheffield.

With Woodburn’s playing time and role at a prospective club key in Liverpool deciding whether to loan him out, the development of Maddison (21) and Brooks (20) should be hugely encouraging.

Maddison made 53 appearances for the Canaries after making his debut in 2017, earning a £20 million move to Leicester City this summer, while Brooks featured 37 times for the Blades before leaving for Bournemouth for £11.5 million. Woodburn, who counts Brooks among his international team-mates, should capitalise on the opportunity if a move to either Carrow Road or Bramall Lane is sanctioned.

His performances for Wales prove he is a player capable of shining on the senior stage, but vast competition on Merseyside has limited his game time despite Klopp’s admiration.

With Maddison having thrived given the responsibility by Daniel Farke at Norwich, and Brooks’ development honed in the first team at Sheffield, it is likely he would be given the right platform to do so.

One player who won’t be taking over from Woodburn at Liverpool, however, is Aston Villa‘s Jack Grealish.

Jones took to Twitter on Sunday to quash speculation from the Sunday tabloids over a possible move for the 22-year-old, claiming he is “not seen as a player who would add anything in terms of quality or personality.”