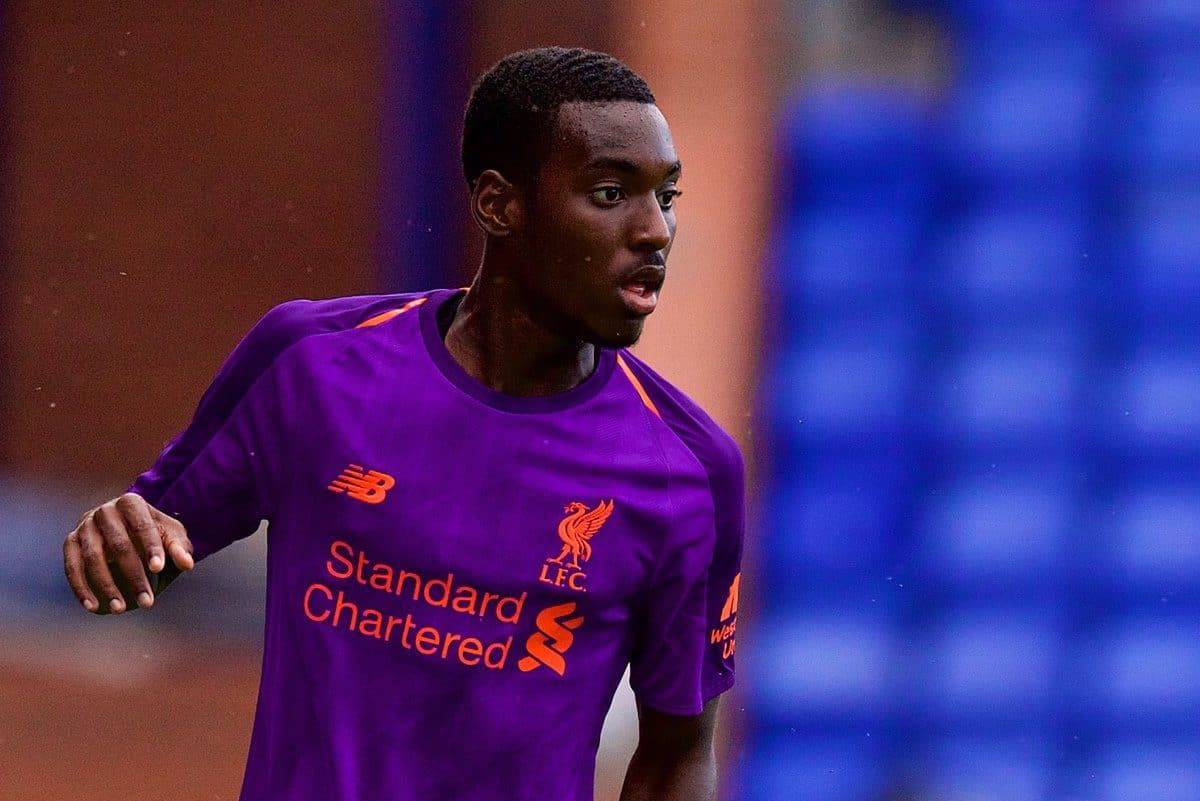 Liverpool academy winger Rafa Camacho has slotted into a variety of roles for Jurgen Klopp in pre-season, with his versatility an invaluable asset.

So far this summer Klopp has called upon five players from his youth ranks, with Kamil Grabara, Caoimhin Kelleher, Nathaniel Phillips and Curtis Jones joining Camacho among more familiar faces.

Along with returning loanees and fringe figures vying for places, these youngsters have fleshed out the Reds’ pre-season squad while the World Cup has played out in Russia.

Phillips, Jones and Camacho have featured in all three of Liverpool’s domestic friendlies so far, and each has performed with distinction when called upon.

For Camacho it has been particularly testing as Klopp employs him and Pedro Chirivella as his utility men, but he has stood up to the challenge as he eyes a more focal role.

So who is the Portuguese, and how can he secure a place in Klopp’s first-team squad this season? Camacho was signed as a 15-year-old in 2016, having spent a fruitless two-year spell with Man City, struggling to adapt after leaving southwest Portugal for northwest England.

His final six months with City saw him loaned to Queluz side Real SC, where he joined their U19 squad, but given his potential as a young talent Liverpool remained eager to secure his services.

Handed an opportunity on moving to Merseyside, taking up a regular role with the U18s, he quietly impressed, providing Neil Critchley with an intriguing prospect in attack.

When Critchley took over as U23s manager and Steven Gerrard arrived in his place Camacho excelled, with his new coach nurturing him as a right wing-back in a 3-4-3 formation.

Camacho’s displays for the U18s and U19s primed him for a call-up to Klopp’s squad for training at Melwood in February, and he has remained there since.

He travelled regularly for Premier League and Champions League games, and was named on the bench alongside Jones for April’s 0-0 draw with Everton after an injury to Alberto Moreno in the warmup. Camacho is a quick, skilful, direct winger whose apprenticeship in a deeper role has allowed him to develop the tactical flexibility and organisational qualities required in Klopp’s system.

His willingness to both track back out of possession and put pressure on defenders moving forward underlines a commitment to adjust to life in senior football.

But his defining quality remains the ability to create magic in the final third, with an unpredictability to his game that has set him apart from fellow youngsters such as Bobby Adekanye and Yasser Larouci.

This was witnessed with a sensational goal against Man United in the UEFA Youth League last season under Gerrard, six minutes after replacing Adekanye at Prenton Park.

Picking the ball up on the right flank, Camacho cut inside onto his left and fired a dipping effort over Alex Fojticek and into the far corner to seal a 2-0 victory.

The following day, the teenager was training alongside Sadio Mane, Mohamed Salah and Roberto Firmino, with Klopp labelling him part of Liverpool’s “next generation.” Camacho is an unassuming character whose development has been overshadowed by the exploits of Jones, Trent Alexander-Arnold, Ben Woodburn and Rhian Brewster, but his potential is clear.

Speaking after his goal against United, Gerrard hailed how his contribution “helped the team breathe,” while Woodburn said it was a finish he had seen from his team-mate “plenty of times,” agreeing that it “took a lot of pressure off.”

This game-changing quality will be vital for Camacho if he is to earn a place under Klopp, with Mane and Salah established as first-choice wingers and Xherdan Shaqiri arriving as competition.

His performances during pre-season so far suggest he may be able to do so, albeit largely driving forward from right-back, which saw him net his first senior goal to open the scoring against Tranmere.

And despite Liverpool’s frustration at Bury in the following friendly, he was a constant threat as he adopted a more attacking role on the left, creating chances and testing the goalkeeper drifting inside. This versatility has allowed Klopp to rotate his depleted side throughout the Reds’ opening games this summer, and it will give Camacho a better opportunity of claiming a role in 2018/19.

With Woodburn, Divock Origi, Harry Wilson, Sheyi Ojo and Ryan Kent all expected to leave the club on loan or on a permanent basis this summer, he and Jones could provide Klopp with cover.

Though Liverpool are well-stocked at right-back, and with the arrival of Shaqiri are in a healthier position in attack, Camacho’s youth boosts his chances.

The hope will be that, if they remain a full-time fixture at Melwood this season, Camacho and Jones can impress Klopp enough to gain minutes in the FA Cup and League Cup.

And if, as has been the case in recent seasons, injury strikes out wide, their experience this pre-season could give them the platform required to step up and fill in for their senior counterparts.

Though still a work in progress, with consistency his aim, Camacho is certainly one to keep an eye on.