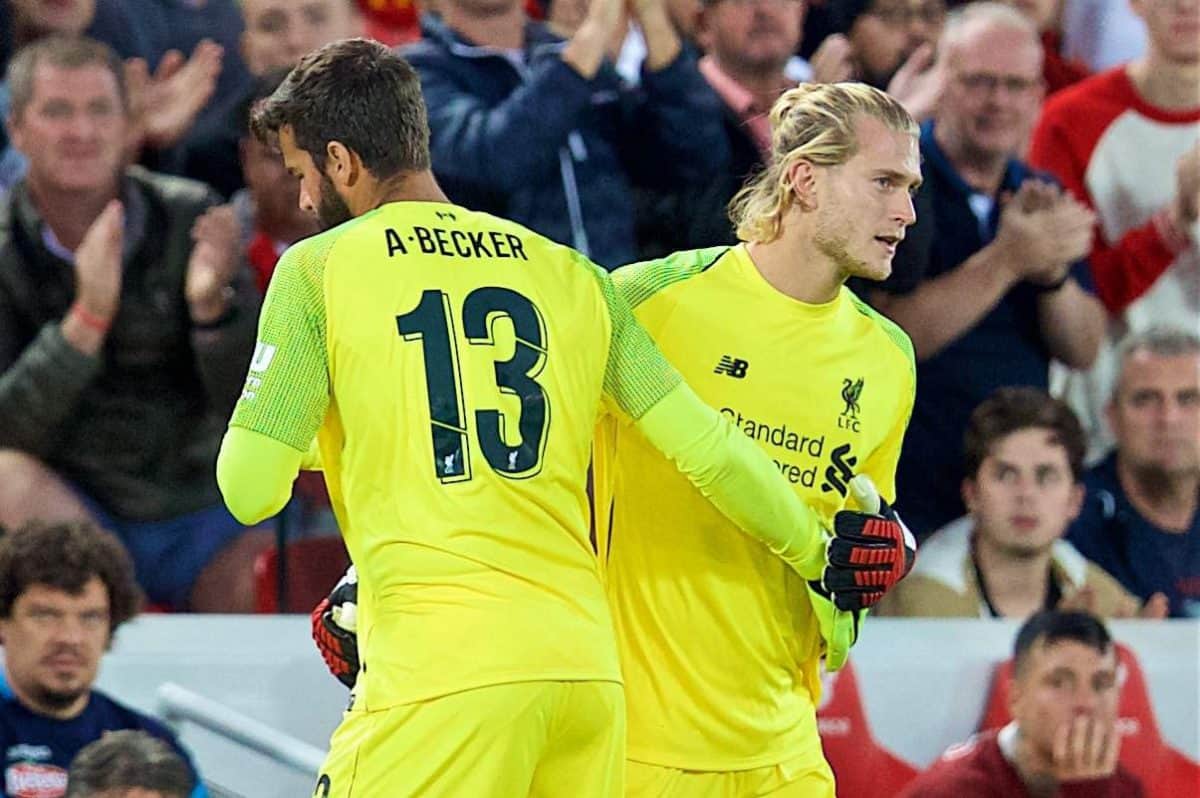 Loris Karius is wanted by Besiktas and Jurgen Klopp has explained the idea behind Liverpool moving from having the German as No. 1, to Alisson.

Karius finally established himself as the Reds’ first-choice goalkeeper only partway through last season, and though he undeniably improved, the end of the season was a disaster.

The German’s Champions League final howlers, explained by Klopp as being influenced by a concussion sustained earlier in the game, left some fans demanding a change once more.

And while all was quiet on the transfer front for that position at the start of the summer, the Reds signed Brazilian No. 1 Alisson toward the end of pre-season. 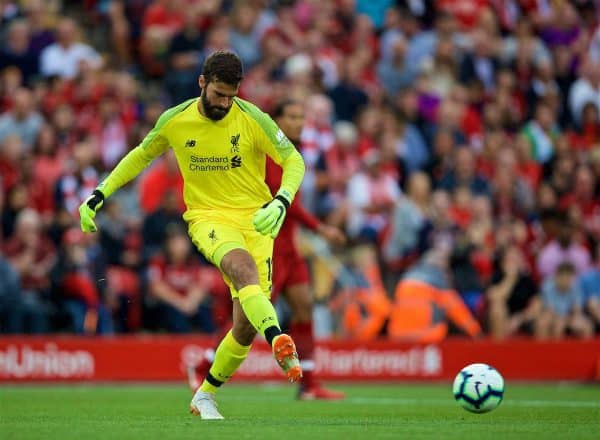 With Danny Ward having gone but Simon Mignolet still at the club, it’s clear at least one more senior goalkeeper has to depart—and now the Mirror‘s David Maddock has reported that Besiktas want to bring in Karius on loan, with a view to a permanent deal.

If Karius does depart, it is further reported that Mignolet will remain at Anfield to play backup to Alisson.

With regards to the Brazilian himself, Klopp has given an interview with German outlet Kicker on how Karius took the news of the signing—and why the manager almost turned his back on the deal.

Manuel Veth translated the quotes on Twitter from the printed interview, which show both Klopp’s human side…and his ruthless one.

“I didn’t tell Karius what he wanted to hear, but how it is. The #UCL final had nothing to do with us getting Alisson. Even if he had won it and Alisson would have been on the market we would have still signed him.

“And how the people reacted negatively to Karius after the final, tried to isolate him, almost made me not get Alisson and rather stick it out with Karius. But we had to be professional. Our job is to have the best players on every position.

“I don’t think [Karius was hung over the mistakes in the final]. There are worse things in the world, you should never forget that.

“We are talking about a luxury problem here. Who the No. 1 is might be decisive for some. But it isn’t everything.

“Loris is a great keeper. So what he made a mistake in the preseason. A preseason is full of mistakes. Nobody is fit and you train all the time. Field players make tons of mistakes.

“He has to continue and work hard. He is now 25, at an age, in which keepers keep improving. All the best keepers make mistake.

“But sometimes timing is important in life. If Loris makes a mistake now it isn’t cool. In eight years nobody will care. We are totally happy with him.

“We simply identified another keeper, who is better, and signed him.”

With Alisson now the undisputed starter for the Reds, and keeping a clean sheet on a quiet debut, all eyes will now be on the outgoings at Anfield to see who remains as backup.

Youngsters Kamil Grabara and Caoimhin Kelleher both got game time in summer, but are untested at senior level.