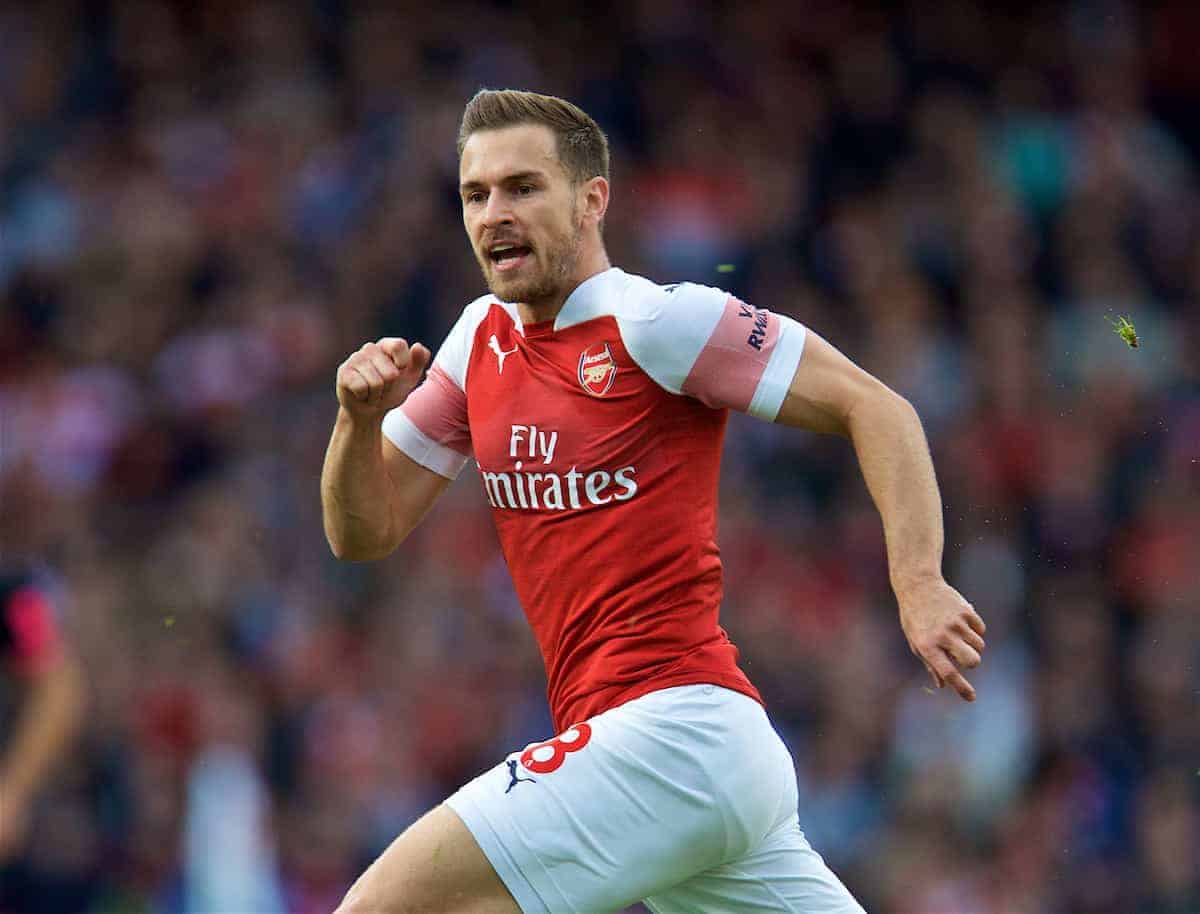 Liverpool are reportedly looking to sign Arsenal midfielder Aaron Ramsey at the end of the season, and it’s claimed that the Reds had a bid turned down in the summer.

Ramsey’s future at the Emirates is in serious doubt, with various reports claiming that the Welsh international won’t sign a new deal with the Gunners.

The news has alerted a number of clubs, with the 27-year-old’s current contract expiring at the end of the season – meaning he will be available on a free transfer.

Liverpool have been one of those linked with acquiring Ramsey’s signature, along with the likes of Man City and Juventus.

According to the Sunday Mirror, the Reds “lead the chase” for Ramsey, and they also said to have had “a summer enquiry for the Wales international knocked back.”

It’s claimed that Arsenal would rather sell the player in January rather than see him leave for free in the summer.

Ramsey is a divisive player at times, with some critical of his defensive qualities and an ability to be inconsistent, but he is clearly a talented footballer who has qualities that could thrive under Klopp.

There was similar trepidation when Alex Oxlade-Chamberlain was linked with Liverpool, but he made meteoric strides before picking up a serious knee injury in April.

Ramsey feels like someone who could do with a fresh challenge and he is at an age where he should still be at his peak for several years.

He would add further competition for places in the middle of the park, providing more of a goalscoring knack than the likes of Jordan Henderson, Gini Wijnaldum and James Milner.

Whether or not these rumours have any substance is debatable, but it is a story to keep an eye on.