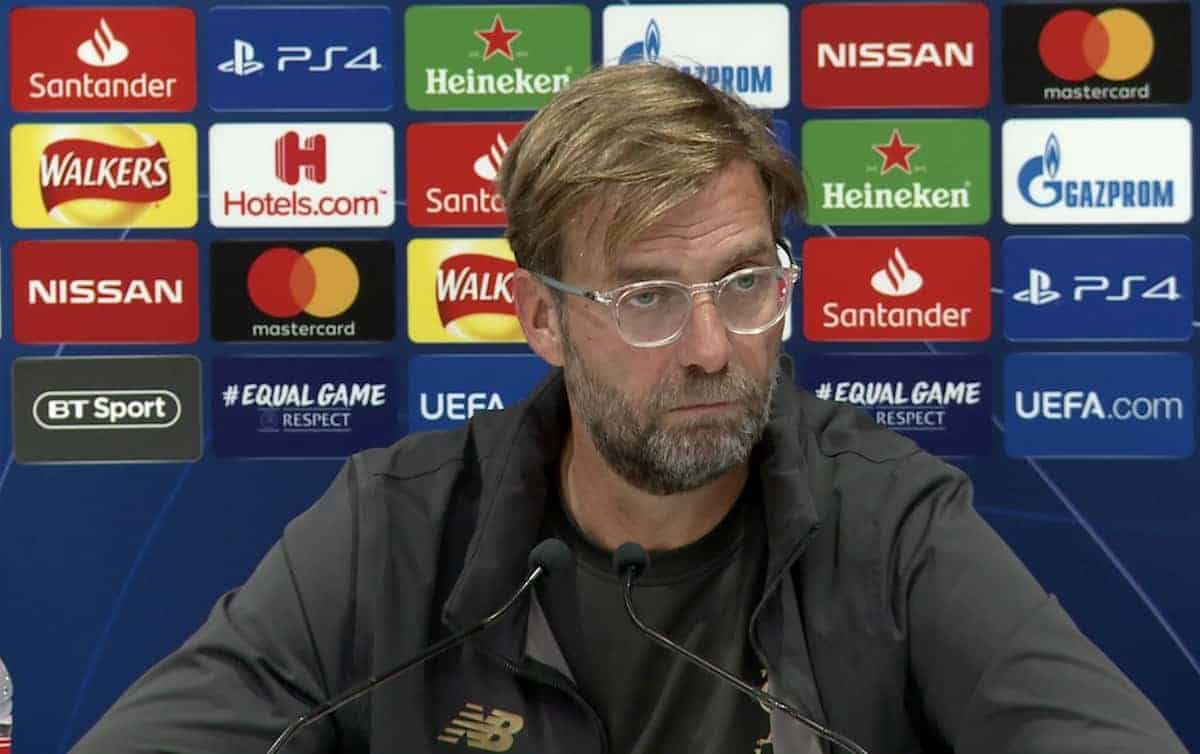 Jurgen Klopp was delighted with his side’s dominant performance after they sealed a 3-2 win over Paris Saint-Germain to kick off the Champions League.

The Reds were in cruise control as goals from Daniel Sturridge and James Milner put them 2-0 ahead in the first half, but Thomas Meunier reduced the deficit before the break.

Kylian Mbappe then looked to have stunned the hosts with a late strike, but Roberto Firmino arrived at the perfect moment to hammer home a deserved winner in stoppage time.

Liverpool were good value for an even more convincing win, as was the case at Tottenham at the weekend, and this is a great sign of their development under Klopp.

Speaking after the game at Anfield, the manager hailed his side’s defensive efforts against a high-profile attacking line.

“It was really good. Really good in all departments pretty much,” he said.

“It’s so difficult to defend against them, but we did. Good organisation, big heart is always a good combination for defending. All 11 players were involved in that.

“So it was a good performance against an outstandingly strong opponent.”

Klopp also praised the Anfield atmosphere as “fantastic,” saying “it’s so special to do these things in that stadium,” and applauded Sturridge for taking his chance.

“Great performance from Daniel. The three in midfield did an outstanding job, but they can only do it when the two wingers and the No. 9 are helping in all these situations,” he explained.

“I said to Daniel before the game ‘you’re in the best shape since I’ve known you, physically, now you have to use that’, and that’s what he did.”

Liverpool are next in action this weekend, in a rare Saturday 3pm kickoff at home to Southampton in the Premier League.