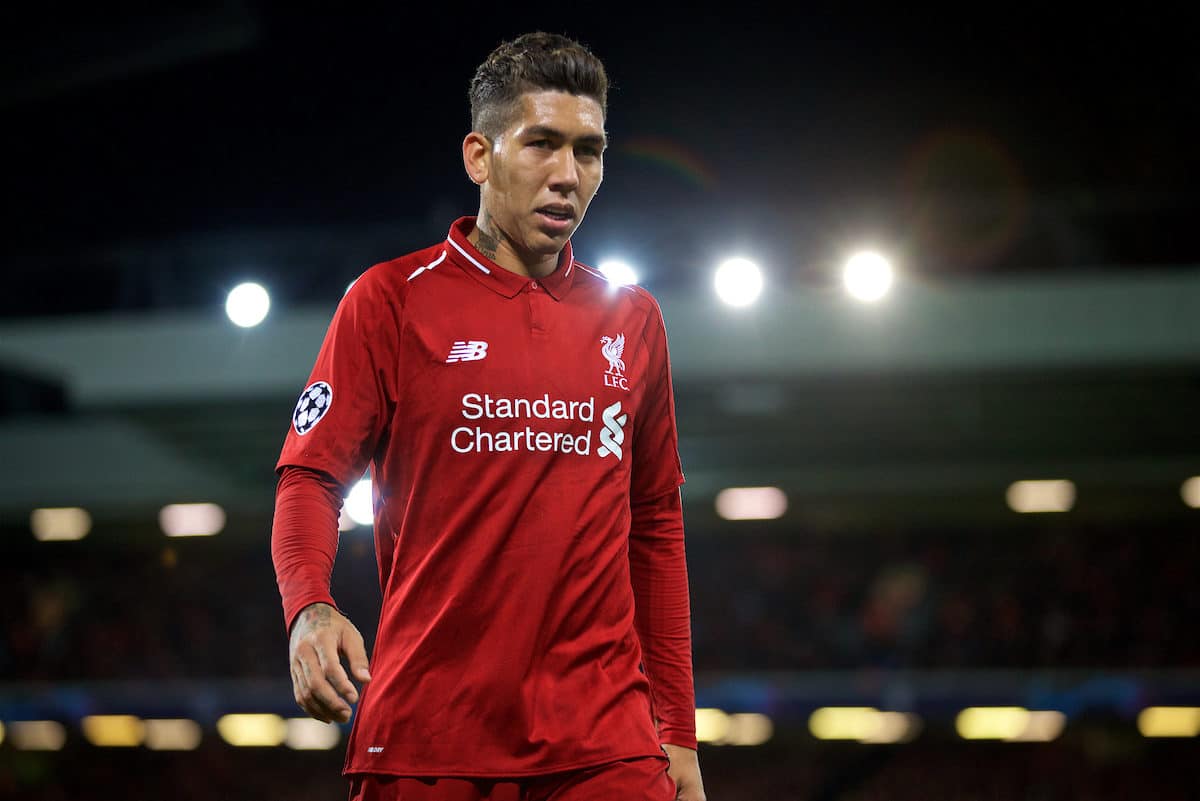 Liverpool turned on the style against Red Star and several players impressed in the 4-0 rout in the Champions League.

Having lost late on at Napoli last time out in Europe, nothing less than a win would do for the Reds against the group’s least-impressive team.

Indeed, back-to-back encounters against Red Star Belgrade represent a big opportunity to seize control of the group and move close to progression to the last 16.

And Jurgen Klopp‘s side produced exactly the kind of display which was hoped for, turning on the attacking style and finding a cutting edge which had been missing in previous fixtures this season.

The attack was impressive, the midfield even more so with Fabinho making his first Champions League start, and another clean sheet was earned by the back line.

So did the media rate highest, between journalists and statistical outlets?

Below, we compare our player ratings with those of the Liverpool Echo, the Mirror, Sky Sports, ESPN, The Anfield Wrap, FotMob and the TIA readers. 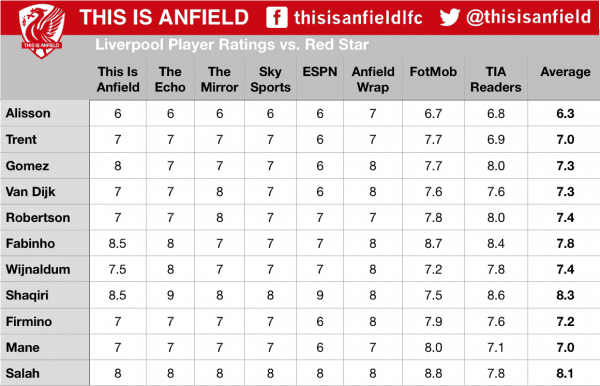 Unsurprisingly after a big win, numbers were high across the board—and the attacking quartet were particularly impressive as a unit.

Mohamed Salah grabbed two goals on the night to take the headlines, and his fine display is highlighted in being the second-highest rated player (8.1) overall.

But even more impressive than the two-goal hero was Xherdan Shaqiri, highest-rated (8.3) across the board and the only player to rate a nine-out-of-10, awarded to him by the Echo‘s Ian Doyle and ESPN’s Glenn Price.

Conversely, Price was the only writer not to grade centre-back Joe Gomez at least a seven; Gomez impressed (7.3) and was worthy of an eight for some, yet received just a six from ESPN.

At the other end of the scale, the Reds’ lowest-ranked performer was goalkeeper Alisson (6.3), though that’s largely as a result of him having absolutely nothing to do.

Much was made of the midfield performance of Fabinho (7.8), making his full debut in the Champions League for the Reds.

The Mirror‘s David Maddock praised his performance, highlighting his “promising first start in a big game,” while TIA’s own James Nalton feels he “could be set for a run in the side” now.

Jurgen Klopp will have decisions to make over his team now, with several fringe players from the early months of the season now pushing for a starting role.

And if Fabinho has earned himself game time in the centre, so too must Gini Wijnaldum (7.4) continue after another strong all-round showing.

Perhaps the Dutchman’s impact is being noted most by those closest to home; only This Is Anfield—reporter and readers alike—the Echo and The Anfield Wrap awarded him higher than a seven on the night, with the nationals and online outlets opting for sevens across the board.