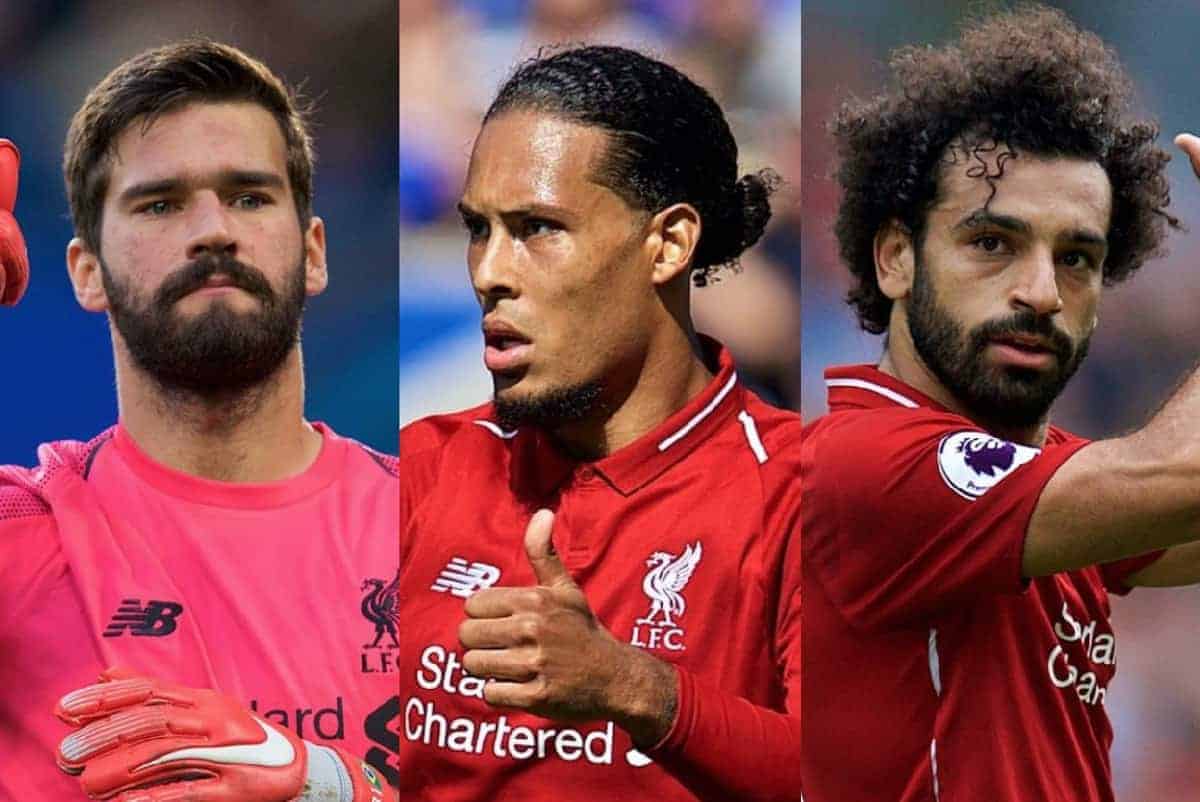 Liverpool are 10 games into their Premier League campaign, but which players have shone the most so far in 2018/19? Here, we count down our top five.

The Reds thrashed Cardiff City 4-1 on Saturday afternoon, taking them to the top of the table until Man City‘s 1-0 win at Tottenham.

It means Jurgen Klopp‘s men have collected 26 points from 10 games—their joint-highest tally at this stage of a Premier League season, along with 2008/09.

While Liverpool haven’t always been at their scintillating best so far, they have still impressed greatly, with a number of individuals catching the eye.

Here’s who we think have been the Reds’ five outstanding players in the opening 10 league fixtures.

After Loris Karius‘ disaster in Kyiv and with Simon Mignolet not good enough to be Liverpool’s first-choice goalkeeper, upgrading between the sticks was one of Klopp’s primary objectives in the summer.

The acquisition of Alisson was a major statement of intent and his influence has already been felt, with the 26-year-old playing a key role in the Reds sitting level with City, conceding just four times in the league, keeping six clean sheets.

Such has been their dominance in many games, the Brazilian has actually not been forced into many big saves, but he has an aura about him that projects onto his team-mates in a positive manner.

Dominant aerially, superb with his distribution and capable of making important stops when it matters—Chelsea away stands out, as does Brighton at home—he has been worth his weight in gold.

There was the Leicester error, of course, which was sloppy, but he will have learned from that and he doesn’t seem to get fazed by mistakes, which is a priceless attribute.

Will Alisson be tested more in the months to come? Yes. Will he be up to the challenge? Absolutely.

Some may be surprised to see Salah make the top five, but weighing everything up it is clear what he has contributed, and his inclusion is fully justified.

Salah has been short of his best a number of times, but there have still been key performances thrown in and he has remained a menace to opposition defences.

He has managed more shots on target (17), created more chances (20) and completed more dribbles (20) than any other Liverpool player, and currently sits level with Sadio Mane as the Reds’ joint-top goalscorer (seven) in all competitions.

Only five players, including Mane (six), have scored more than him in the league (five) and such is his creativity that only two—Ryan Fraser and Callum Wilson (both five)—have registered more assists (four).

He will only get better this season, too. 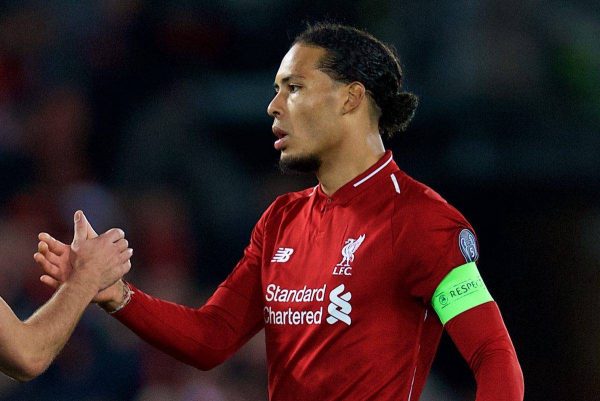 The Dutchman has been colossal since he made the £75 million switch from Southampton back in January, changing the complexion of the Reds’ back line immediately.

This term, Van Dijk has carried on his imperious form, leading many to label him as one of the world’s leading centre-backs, if not the best.

His game has been immaculate, whether it be his heading prowess, quality on the ball—89.9% passing accuracy, the seventh-highest in the league (500+ mins)—leadership skills or positional expertise.

It hasn’t been absolutely perfect from Van Dijk, with a rash penalty conceded against City a standout mistake, but his influence is unrivalled.

His best display came in the 2-0 win away to Crystal Palace in August, when a monstrous showing saw him win 100 percent of his tackles, play 10 successful long balls, win nine aerial duels and make eight clearances.

Many felt the arrival of Fabinho and Naby Keita would push Wijnaldum further down the midfield pecking order, with some reports even linking him with an Anfield exit.

It has been a magnificent season to date from the Dutchman, however, and he has found his best form in a Liverpool shirt in the process.

He has shone as a No. 6, combining intelligence, technical quality and power, and has been equally effective in a more box-to-box role.

Wijnaldum has even ended his long wait for an away Premier League goal, netting the opener at Spurs in September, and reached a new-found consistency on the road, too.

The 27-year-old has outshone every other Liverpool midfielder—James Milner started superbly but has dropped off a little of late—and he now looks a key man rather than a fringe player.

A lovely footballer on the eye and someone possessing a great team ethic, voted fourth captain by his team-mates—Wijnaldum has been a joy to watch in recent months.

After battling back from injury, Gomez is now firmly established as one of Klopp’s leading centre-backs, and is an early front-runner for the Reds’ Player of the Year award.

Injuries to Dejan Lovren and Joel Matip gave the 21-year-old an opportunity to thrive in his preferred role and he has grasped it in stunning fashion.

Gomez possesses blistering pace, an eye for a pass, a calm demeanour and an imposing physical frame, and he has been vital to Liverpool’s unbeaten league start.

The biggest compliment you can pay the youngster is that he has been better than Van Dijk, which considering the Dutchman’s standing among the world’s elite is quite something.

On current evidence, Gomez is going to enjoy a long career as a world-class defender for club and country—he is a footballer of immense promise.