Virgil van Dijk and Georginio Wijnaldum were both on the scoresheet as the Netherlands sealed a brilliant 3-0 victory over Germany on Saturday night.

Two current and two ex-Reds were in action at the Amsterdam ArenA as the vacuous UEFA Nations League continued this weekend, with Ryan Babel and Emre Can also starting.

Van Dijk wore the captain’s armband for Ronald Koeman’s side, with the manager issuing a challenge before the game, explaining he felt the 27-year-old was “a little too laid-back.”

He certainly made a statement on the half-hour, but this came at the other end of the pitch, as he headed home the opener after Babel’s initial effort hit the bar.

This set up a back-and-forth game between the two sides, as Germany pushed for an equaliser and the hosts looked to extend their lead—with both Wijnaldum and Memphis Depay going close.

The former Man United winger eventually added a second in the closing stages, beating Manuel Neuer after some sloppy play in midfield. 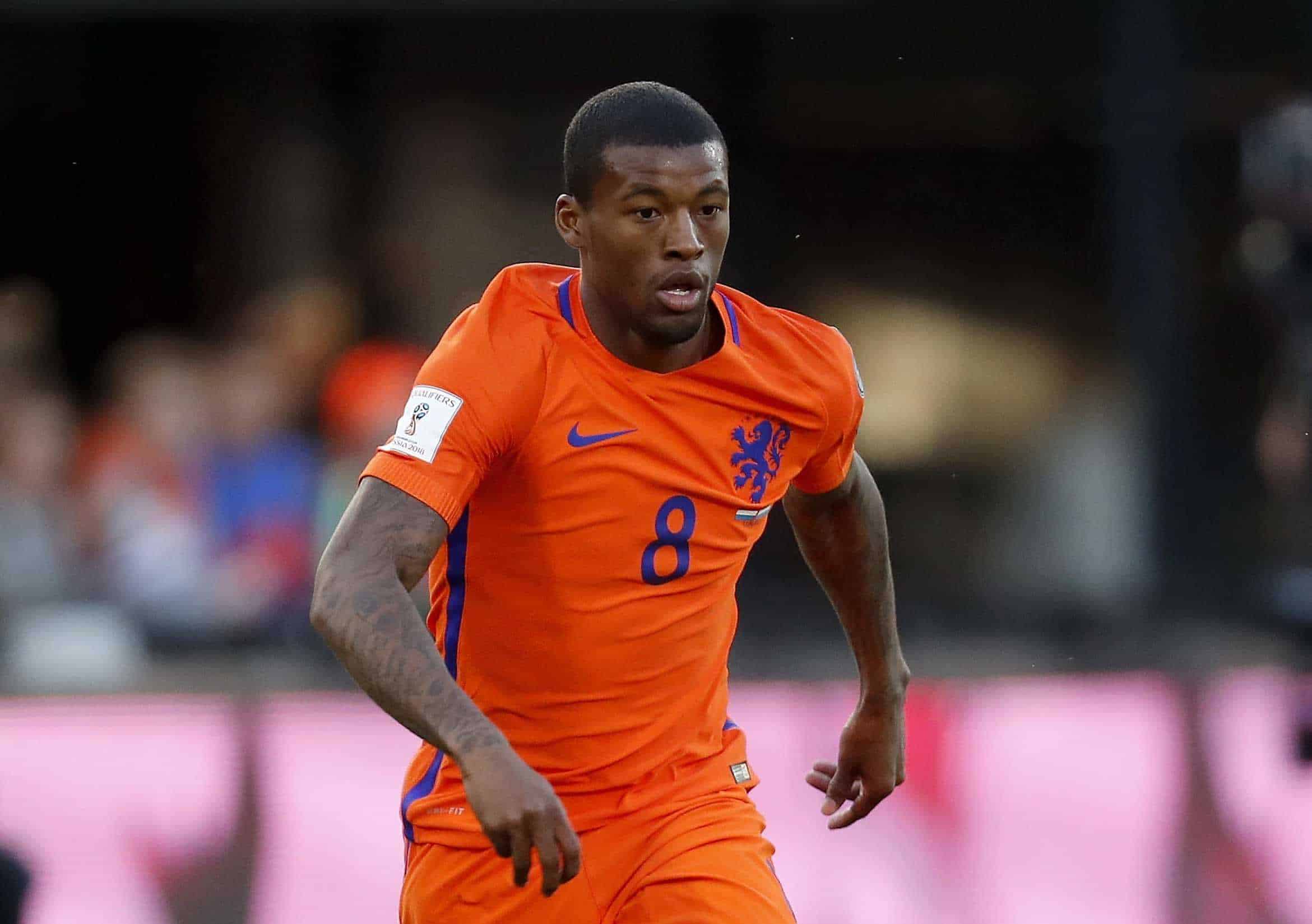 And as full-time drew closer, Wijnaldum bamboozled Jerome Boateng, surged into the box and fired a low, powerful shot beyond Bayern Munich’s No. 1 to seal a 3-0 win.

The Netherlands moved to the top of their Nations League group while Germany dropped to bottom, having failed to score in three consecutive games for the first time in their storied history.

Both Van Dijk and Wijnaldum were praised on social media after the game, with the centre-back particularly impressive:

Could watch De Ligt and Van Dijk defend the box and the channels all day. What a partnership, what a foundation #NED have. Plenty to like in Memphis’ performance up front too.

Van Dijk – De Ligt, already a top three centre-back duo at national team level. Once you have that core, it's only natural that your team starts getting results.

Gini Wijnaldum has scored 10 goals for club and country since joining Liverpool. Not a massive haul, but not bad when you consider the keepers he’s beaten…

Speaking before the game, Van Dijk revealed how Jurgen Klopp had urged him to opt out of duty for the Netherlands this month due to his ongoing rib issues.

But he insisted on joining his country, largely due to their rivalry with Germany, and that clearly paid off as he netted his second international goal—both coming since being named captain.