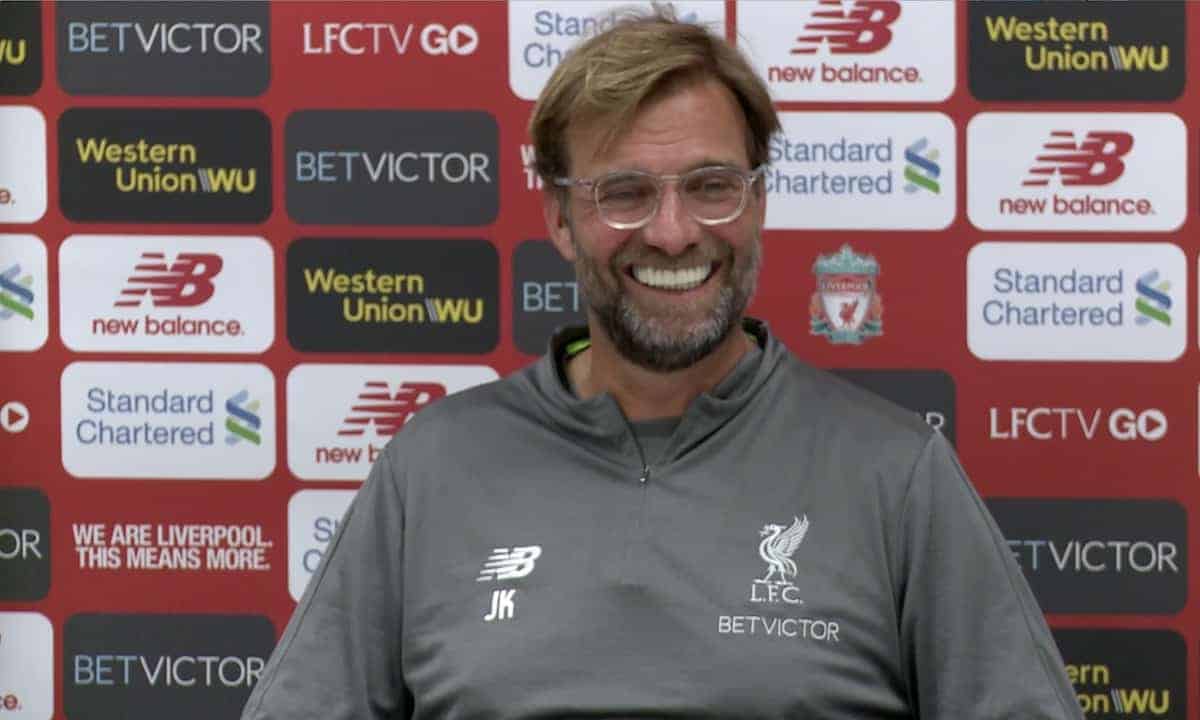 Jurgen Klopp has urged his side to keep up their strong form as they prepare to take on Huddersfield Town on their return to Premier League action on Saturday.

The Reds ended their difficult run of seven games in 23 days with a hard-fought 0-0 draw with Man City, with Riyad Mahrez’s late penalty miss a big let-off.

After heading off for the October international break, Klopp’s squad returned with a host of fitness concerns, not least a hamstring injury for Naby Keita.

But the disparity between league leaders City and relegation candidates Huddersfield highlights a difference in challenge for Liverpool, as they aim for a return to winning ways.

Speaking at Melwood on Friday afternoon, however, Klopp insisted the Terriers should not be considered an easy target.

“They had more possession against Tottenham, maybe people aren’t interested in that but that’s a big step,” he told reporters.

“They stayed in the league last year and this year it’s the strongest side and best football they’ve played so far.

“I speak with Dave a lot, the atmosphere in the club is still brilliant, we need to be ready for a really tough game.

“They defend in different systems, play football and so far they struggle scoring goals, but that’s so far. We have to at least think it’s possible that will change.

“We had yesterday and today and tomorrow we need to be ready, that’s the job.”

The manager also discussed Keita’s injury, ruling him out for the weekend, but adding that “we have to see how it develops” with regards to James Milner, Sadio Mane and Mohamed Salah.

“We had yesterday’s session, where a few of the boys trained. We have to see how they reacted after that,” he said.

Trent Alexander-Arnold, Fabinho and Adam Lallana were also on the agenda as Liverpool head into the weekend looking to keep up the pace with both City and Chelsea—all of which are unbeaten after eight games.