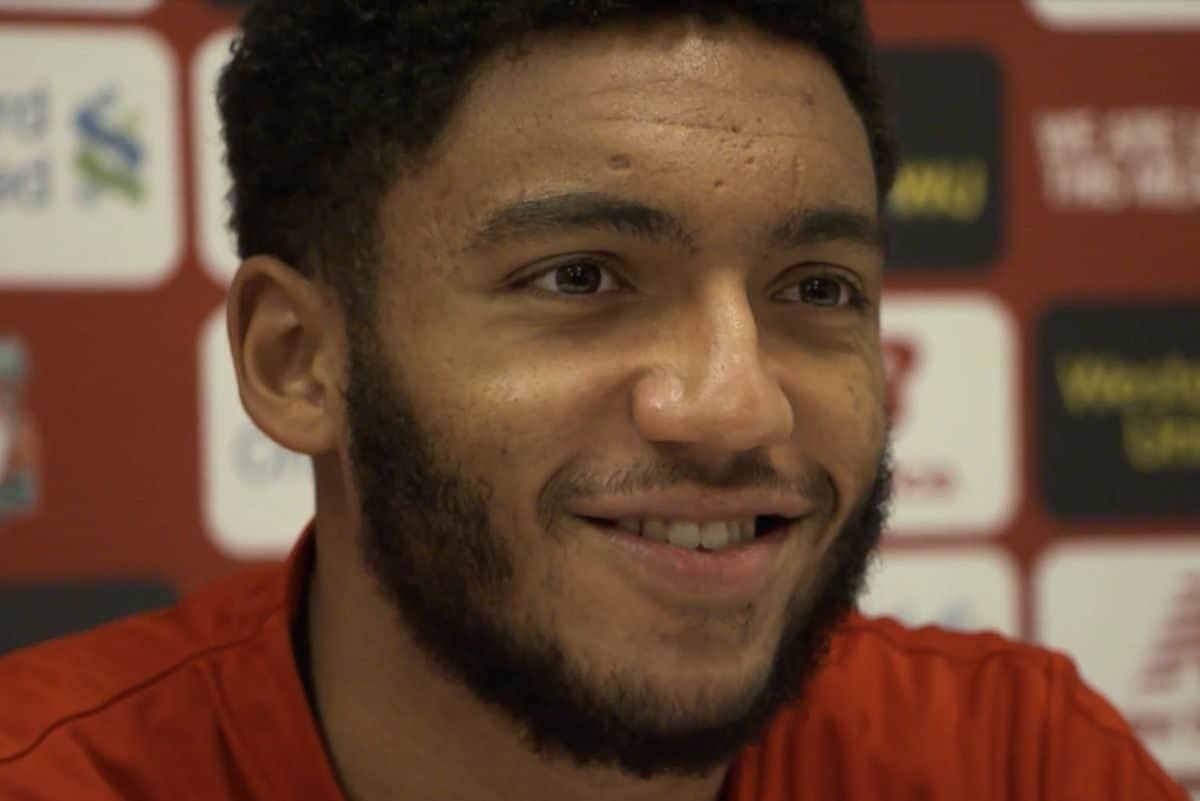 Liverpool defender Joe Gomez says signing a new contract with the club “meant the world” to him as he recovers from a broken leg.

He has impressed this season – in which Liverpool have had the best start to a league campaign in their history – both alongside Virgil Van Dijk in the centre of defence and also at right-back, where he has alternated with Trent Alexander-Arnold.

“Signing this new deal means the world to me,” Gomez told liverpoolfc.com.

“I’ve been at the club a few years now and have had the pleasure to play for Liverpool and experience what that means, so I am delighted to get the chance to extend my contract here.

“I love the club, I love playing and learning here, and I am happy for that to continue.”

Gomez has had his fair share of serious injuries in his relatively short time since joining from Charlton for £3.5m, with a cruciate knee ligament operation on duty with England’s Under-21s just days after Jurgen Klopp was appointed manager meaning he had a long road back.

He duly recovered only for an ankle problem, this time playing for the Gareth Southgate’s senior side, denying him a Champions League final appearance and selection for the World Cup in Russia.

However, the manner in which he has bounced back is impressive and this season he has established himself as Klopp’s preferred partner for Van Dijk in the centre of a defence which has conceded just six league goals in 16 matches so far. 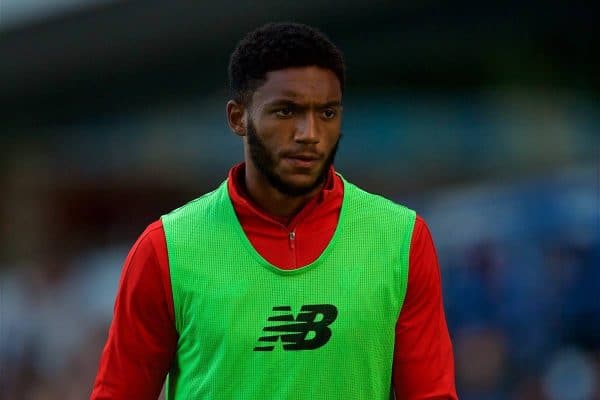 The broken leg, sustained at Burnley last week, will keep him out for six weeks but the young defender just sees it as another obstacle to overcome.

“Obviously I am devastated with the timing of it. You never want to get injured,” he said.

“I’ve been here a few years and I am still young, but it’s something I’m used to and I am capable of dealing with setbacks like this. I’ve done it before and I’ll do it again.

“You never want to be injured, as a player you always want to play. It will be tough for me sitting out for a while, but I will do everything I can to get back better and stronger.

“There have been a lot of highs and lows, it’s my fourth season now and every one has been different.

“Obviously I would like to have had a few less setbacks along the way, but it has all been part of my journey – one that I have loved and embraced. I have learned so much.

“There have been good times on the pitch as well. Hopefully that can continue.

“I am learning under a great manager and great coaching staff and have all the tools around me to keep progressing and learning. I am looking forward to it.”