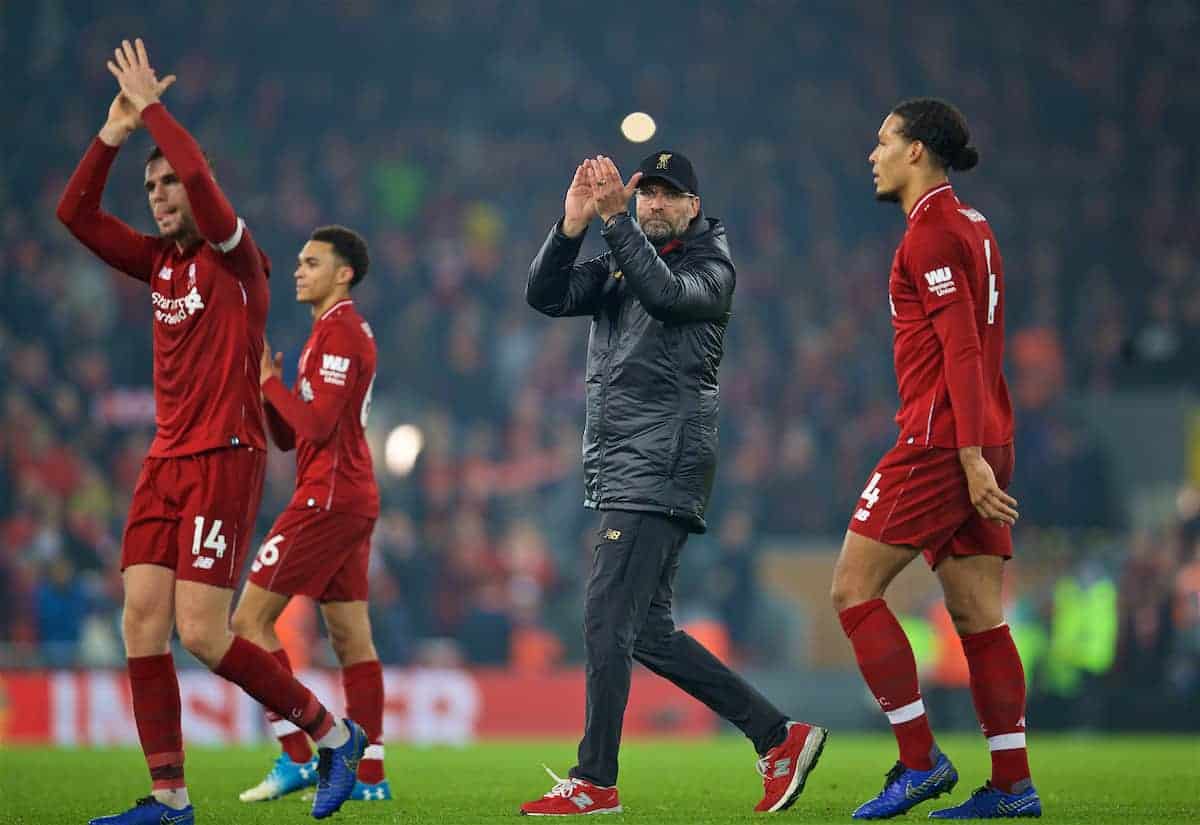 Liverpool players expressed their joy at picking up another three points to increase their stronghold at the top of the table with a 4-0 win over Newcastle.

After emerging from the start of the hectic festive period unscathed Liverpool’s next challenge came in the form of Rafa Benitez’s Newcastle—who had won only one of their last five games.

Confidence on Merseyside remained high after the Reds cemented their position at the top of the table for Christmas Day with the win over Wolves, and their place at the summit proved to be in safe hands as the Reds eased to a 4-0 victory over the Magpies.

The Boxing Day affair saw the Reds experience a mixed first half, with Dejan Lovren‘s stunning strike on the half volley proving to be the difference heading into the break as Jurgen Klopp‘s men struggled to hit their stride.

But they emerged from the interval with renewed vigour and piled on a further three unanswered goals, with Mohamed Salah‘s conversion from the spot soon followed by Xherdan Shaqiri‘s sixth of the season and Fabinho‘s first goal for the club.

Results from around the league ensured Liverpool stretched their lead at the top to six points, but Lovren was quick to stress to LFCTV the need to only “focus on ourselves” as he urged the need to look no further than the next test against Arsenal:

“It’s always great to score for Liverpool and hopefully we can do it again in the next couple of games because we need everyone now.

“There are tough two games now: Arsenal and Man City. We need to keep this momentum.

“I heard the other results [in the Premier League] but it doesn’t matter—we are focused on ourselves.

“We play every game like a final. It’s what we learned in previous seasons: it doesn’t mean anything if you win and then the next game you don’t do well.

“So, we’ll forget this game and next concentrate on Arsenal. That’s what keeps us going. We have big character in the squad.

“If you want to be at the top, you need to have the winning mentality and the calmness.” 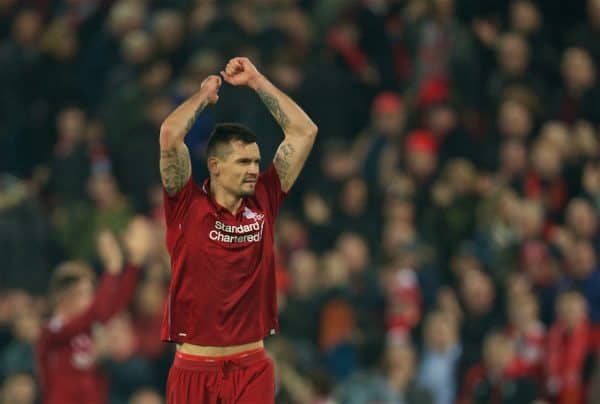 With nothing achieved as of yet the team is keeping their feet firmly planted on the ground as Trent Alexander-Arnold echoed Lovren’s comments over the need to “focus on us,” though he conceded to LFCTV that something “special” is brewing at Anfield:

“[Anfield] is a fortress again and we’ve shown that we are tough to beat and to score against, not many teams that come here can score past us.

“We’ve kept a lot of clean sheets, especially at home, and it’s something we pride ourselves on as defenders, but throughout the whole team as well.

“As long as everyone puts their part in and the attackers score the goals and defenders keep the clean sheets, then you can’t go too wrong with it. That’s the formula for us at the minute.

“Something special is happening at the club, I think everyone can see it and feel it.

“We are top of the table and that’s the main thing to focus on us and not to focus on our rivals because we’re the ones that can let it slip now so it’s important for us to keep our focus on us and try and get the results week in and out.”

Flocking to Instagram to celebrate yet another “three points and a clean sheet,” three of Liverpool’s goalscorers in Lovren, Shaqiri and Fabinho showed their delight as the unbeaten streak continued:

Very happy for this win. First goal wearing this jersey. Glad to be living this moment. To God all the honor and glory! ??? #LFC

Similarly, Jordan Henderson, Daniel Sturridge and Sadio Mane all got in on the act and also commended the “brilliant” Anfield atmosphere, while Andy Robertson was still looking to spread some Christmas joy:

With team spirit at an all-time high even those not involved in the game also looked to laud their comrades as James Milner, Alberto Moreno and Simon Mignolet all expressed their joy with the result:

While Salah took to Twitter to reassure Lovren that their bromance was not on the rocks after he was spotted by the Croatian celebrating with Fabinho:

The Boxing Day feast ensured Liverpool are the gift that keeps on giving this Christmas as the continued unbeaten streak and eighth successive league win has the Reds leading the way in the top flight.

The next challenge arrives in the form of Arsenal who will visit Anfield on Saturday.