Liverpool captain Jordan Henderson insists their reaction to a first Premier League defeat of the season is all that matters.

The 2-1 loss to title rivals Manchester City cut their lead at the top to four points and with the FA Cup up next the majority of those who started at the Etihad Stadium are likely to have to wait until a week on Saturday at Brighton to get things back on track.

Jurgen Klopp’s side have lost four times previously in other competitions – most notably in the Champions League where they failed to gain a point away from home but still progressed to the last-16 – so defeat is not a new experience for them.

But Henderson knows while losing to City weakened their position at the top of the table how they react will be more important than the outcome of one match.

“There is no need to get carried away. All season we have taken it game by game and we will do that again,” he said. 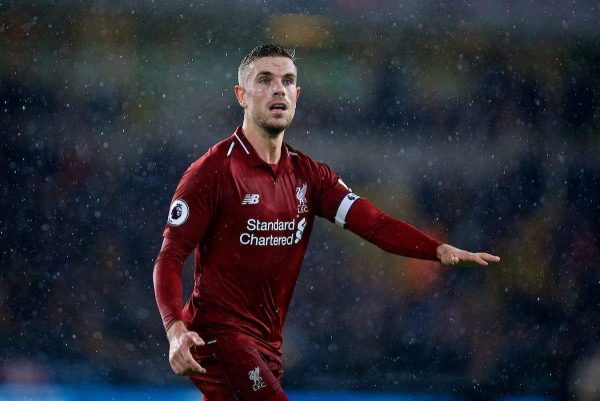 “It is normal to be disappointed by a defeat. Now it is about reaction and I am sure the lads will react in the right way.

“Why would you lose confidence after a game like that? It could have been different.

“We were beaten by a very good City team but there were still moments in the game where we could have scored one or two more (such as John Stones clearing off the line with 11 millimetres to spare after Sadio Mane had hit the post).

“Things could have been different with a little bit of luck. That is how football is sometimes. We just have to accept the defeat.

“Overall we must keep our heads high. The lads have been brilliant all season and need to take it forward. I am confident we can bounce back.

“We have to move quickly. It is all about the reaction now and we have to react in the next game.

“The Premier League is a tough league, the games keep coming. We need to be ready and we will be.”