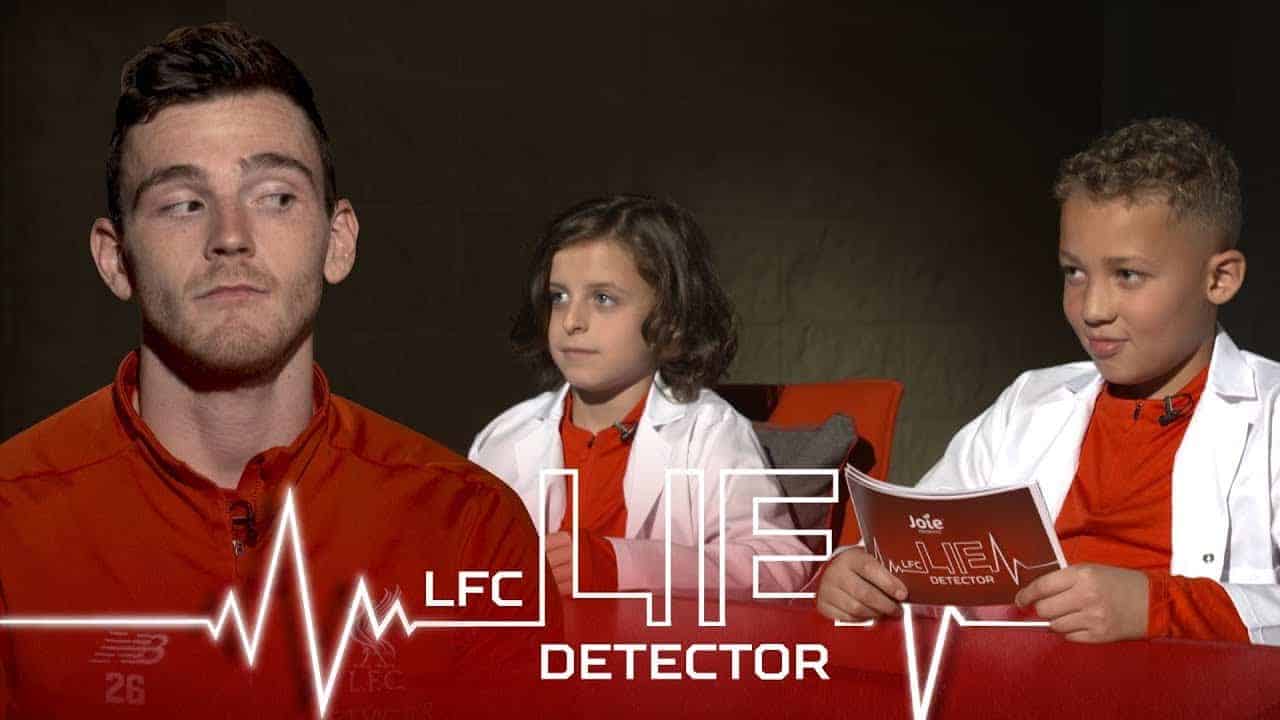 Andy Robertson is one of the most upfront players at Liverpool and never hides on the pitch—but what’s he like on camera under a lie detector?!

His industrious and infectious work rate is added to by a lethal crossing ability, a willingness to get forward and tenacity in the tackle, making him a stand-out full-back in Premier League football.

Such consistent form hasn’t gone unnoticed, with many suggesting he’s among the top players in his position anywhere in the world—and the captaincy for Scotland was a deserved moment of recognition last year.

Having beaten off competition from Alberto Moreno to make the spot his own midway through last season, Robertson is an undisputed starter for Liverpool.

But as much as his good performances make him a favourite, his off-pitch demeanour is also a huge part of his appeal and Andy Robbo clearly comes across as a key figure in the dressing room and a great character—something Klopp has always prized highly.

The Reds left-back is put through a severe grilling by the two Kop Kids in this video from LFCTV, with some hilarious outcomes along the way.

Among the questions we find out what kind of pyjamas he wears, whether or not he has picked his nose—and if he has ever lied to Klopp!

There’s also an unforgettable few bars of Robertson singing ‘Sweet Caroline’ and he reveals which would be worse: being in trouble with his wife or his boss?!

It’s another enjoyable video from the Kop Kids and another great insight to the lighter side of the players.