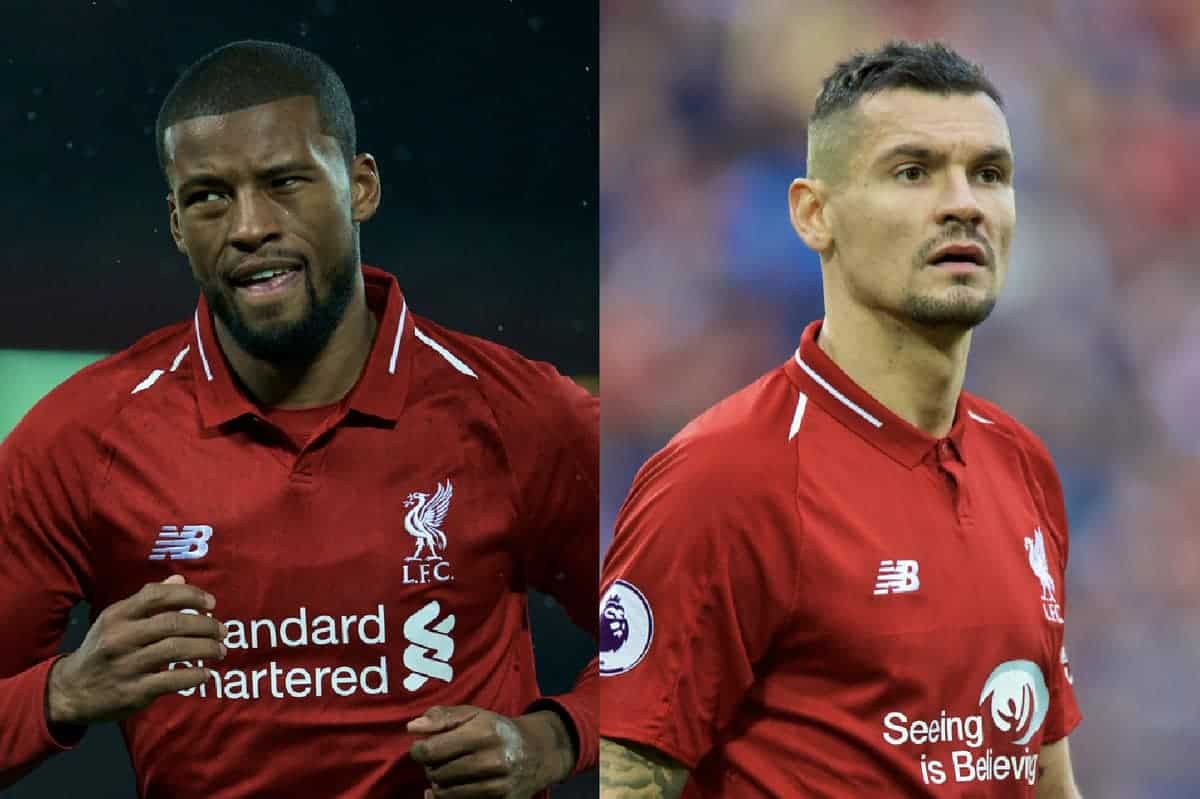 Liverpool’s options for their Champions League clash with to Bayern Munich have been boosted, with fitness updates on both Gini Wijnaldum and Dejan Lovren.

The Reds take on Bayern in the last 16, with their opening clash coming at Anfield on February 19, and have spent the week in Marbella preparing.

Klopp left both Lovren and Joe Gomez out of his squad to travel to Spain, but Xherdan Shaqiri followed an individual training programme as he works his way back to fitness from an abdominal issue.

Fabinho and James Milner both missed the first session in the Costa del Sol, along with Wijnaldum, but while they returned the following day the Dutchman remained sidelined.

But Klopp has revealed that Wijnaldum is now likely to be cleared for the next game, which is a major boost after his man-of-the-match performance against Bournemouth.

“Gini didn’t train yet, that’s of course not cool after a very intense game for him,” he told the club’s official website on Thursday.

“So he had a little dip, but will start today so that’s good.”

The No. 5 could therefore start in midfield, perhaps alongside Jordan Henderson and Naby Keita, with Fabinho possibly required to fill in at centre-back.

Lovren is still yet to make his comeback from a hamstring injury, and according to the Mirror‘s David Maddock has undergone treatment abroad this week, but will report to Melwood on Saturday.

Klopp explained that if Lovren then gives the green light, he will consider him an option against Bayern.

“I don’t want to rule it out but I cannot really plan with it,” the manager said.

“He is not here for good reasons, because he cannot be part of training.

“We are back on Friday. Then from Saturday on, Dejan is back at Melwood and we will see.

“But, of course, we have to prepare it differently. If Dejan gives a sign on Monday—’I feel brilliant’—then we’d have to think anew.

“But in the moment we prepare the game and in this preparation Dejan is not involved. We have to find other solutions.”

Fabinho will in all likelihood be that solution, although Klopp was planning to start Jordan Henderson at centre-back in the FA Cup defeat to Wolves in January.

But the hope will be that Lovren is able to take part, as with Gomez injured and Virgil van Dijk suspended, Joel Matip is the only other fit senior centre-back.