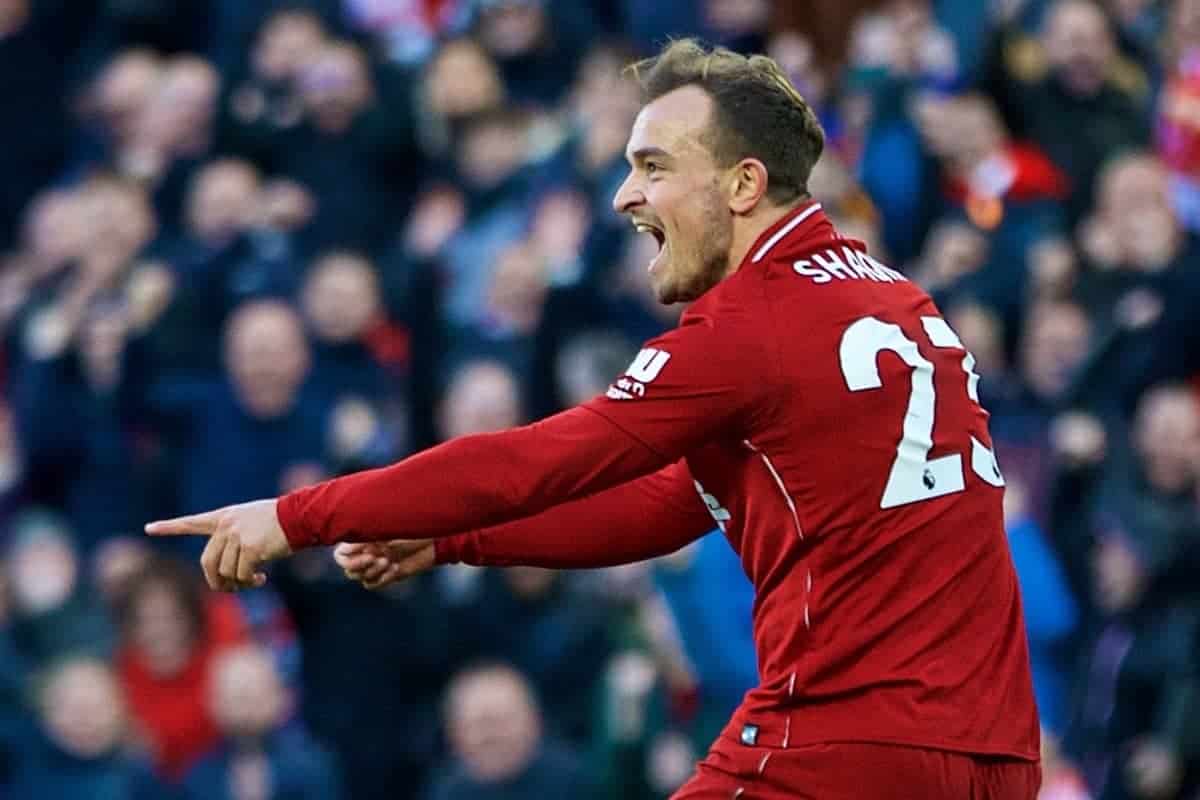 Liverpool winger Xherdan Shaqiri recognises a winning mentality in the current squad he has seen before with Bundesliga champions Bayern Munich.

Jurgen Klopp’s side have lost just once this season and top the Premier League table heading into Monday night’s match at West Ham.

The club are seeking to win their first title since 1990 and while only James Milner (with Manchester City) and Daniel Sturridge (who had limited exposure with Chelsea) have a Premier League winners’ medals Shaqiri, who has two German league titles to his name, feels there is the necessary know-how present.

“I played in Germany and won titles there, so I have experience of it,” said the Switzerland international, who also won three championships with Basel.

“It has to be a winning mentality and the players need to be focused.

“The mentality is similar [here]. You need to go into games trying to win them and to give everything to do that.

“I am pretty sure with the talent we have in the team we can achieve a lot.

“Now we need to keep going this hard until the end. To work hard in training, to take the training into the games and to keep going.

“There is a long way to go, but we are in a very, very good way to be successful.”

The midweek draw with Leicester was seen by some fans as a missed opportunity to stretch their advantage over City, who had lost at Newcastle the previous night.

However, Shaqiri insists the players did not share the same concerns.

“Everything is good, so we will just keep going like this. We are looking forward to the next game on Monday, which is very important to win,” he told LiverpoolFC.com.

“If we continue to stay focused at the highest level, I am confident we are going to [continue to] win games.”

Just when it appeared Klopp’s defensive headaches were easing more problems have arisen.

Virgil Van Dijk and Joel Matip are his only fit centre-backs as Dejan Lovren’s hamstring issue has recurred while a setback in Joe Gomez’s recovery from a broken leg is going to take several more weeks and could even require surgery.

“I don’t know. We will see. It is possible, probably,” said the Reds boss.

“It is not exactly going how we want, that’s how it is. He needs more time. We will see exactly how we do it.

“There were different moments when we thought we could do this or that. It will take time. We cannot say more.”