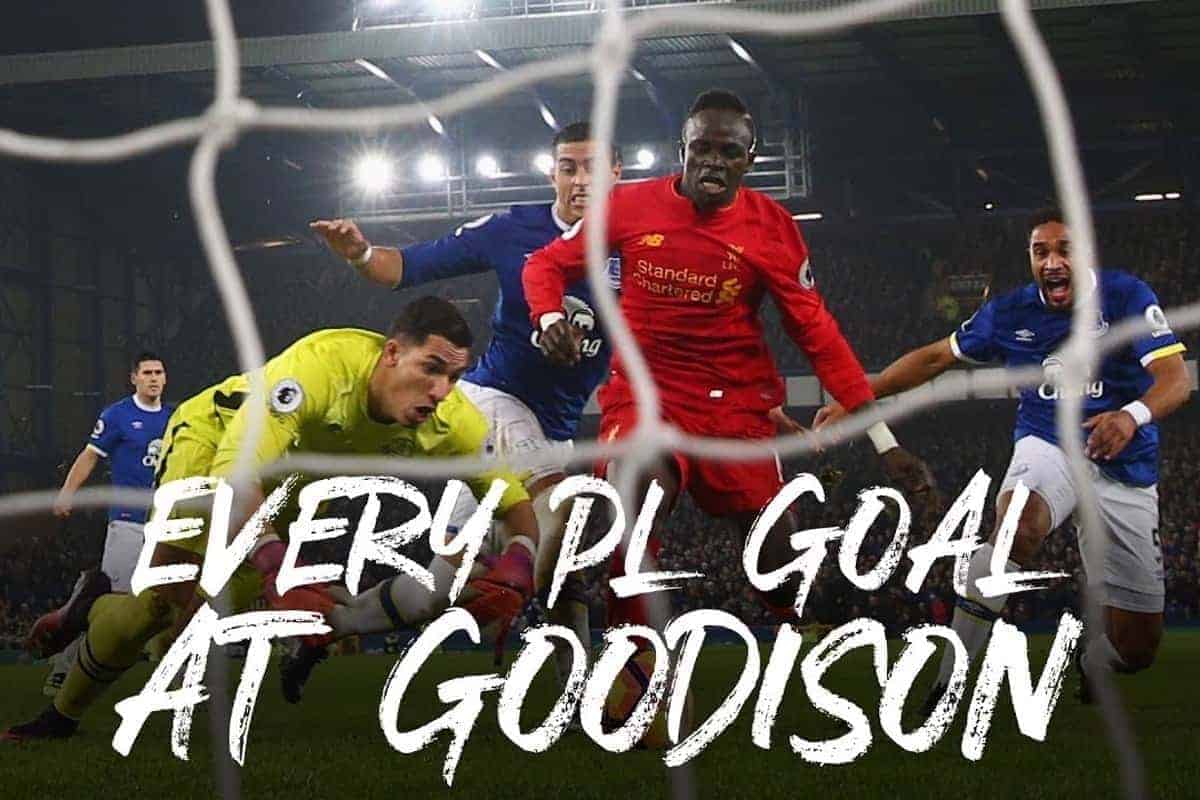 As Liverpool prepare to visit Everton on Sunday afternoon, we are reminded of many great Goodison Park moments down the years.

Any Merseyside derby has a level of importance to it, but the weekend clash feels even more significant.

The Reds find themselves top of the Premier League by a point with 10 matches remaining and a win on Sunday would be enormous.

On the flip-side, Everton will know full well the damage they could inflict upon their local rivals, making for a nail-biting spectacle.

The hope is that a few more individuals can etch their name into derby folklore, finding the net at Goodison and enhancing Liverpool’s title chances.

To get us all in the mood for the big game, the club’s official YouTube channel has released a video of every Reds goal at Everton in the Premier League era.

It all started with Mark Wright back in 1992/93, although the centre-back’s opener ultimately proved fruitless, as former Liverpool favourite Peter Beardsley netted for the Blues in a 2-1 win.

It was almost four years until Liverpool’s next goal at the home of their nearest adversaries, when Robbie Fowler poached a late equaliser in April 1996.

There are so many other memorable strikes to treasure, but few are better than Gary McAllister’s last-gasp winner in 2000/01.

The Scot’s outrageous free-kick was a pivotal moment that season, acting as a catalyst for both a top-three finish and securing a cup treble.

Steven Gerrard’s stunner the following campaign is almost as good as his celebration, sprinting down the touchline in front of the home fans.

Dirk Kuyt’s stoppage-time penalty in 2007/08 was derby drama at its finest and same applies to Sadio Mane‘s winner with virtually the last kick of the game two seasons ago.

The Senegalese’s tap-in was the last goal Liverpool bagged at Goodison, with an instantly forgettable 0-0 draw taking place last year.

It is a timely reminder of how much this fixture means in the city, and families and friendships will be tested both during and after the game.

If this doesn’t get you revved-up, nothing will!