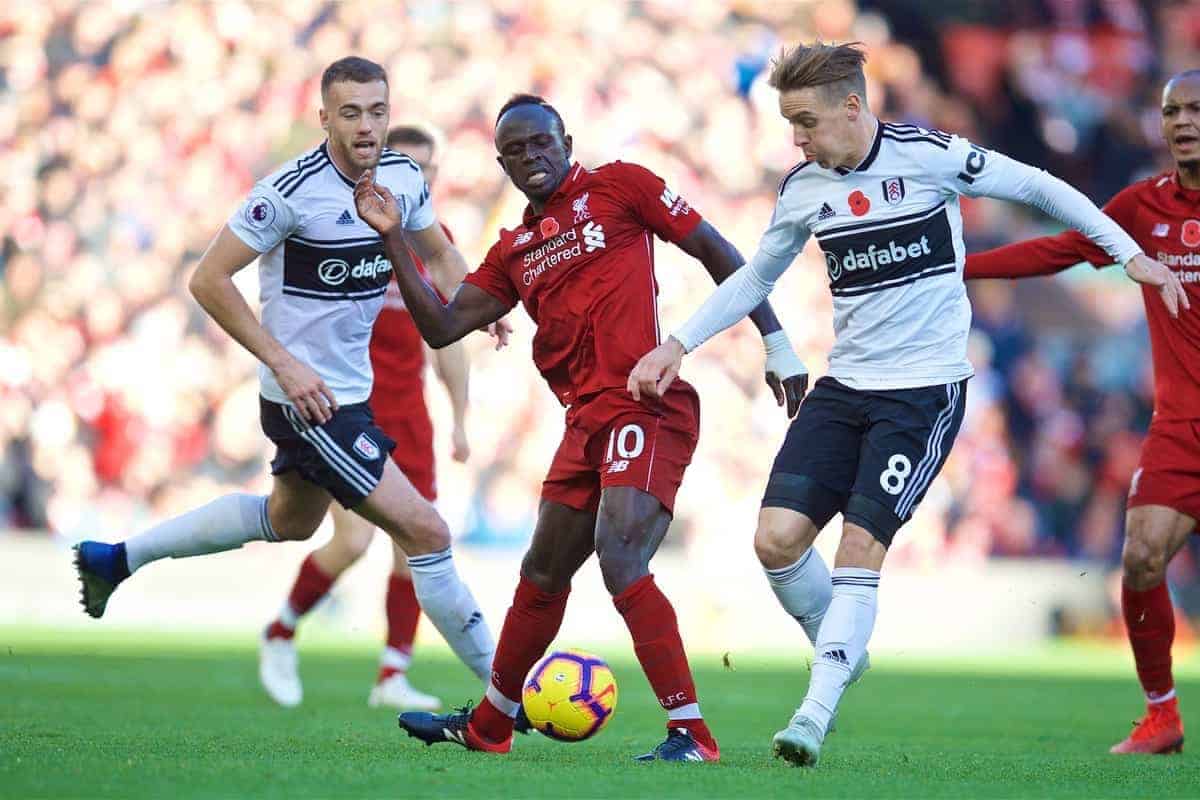 Scott Parker believes Liverpool have the deadliest strike force in the Premier League—but wants his struggling Fulham side to be on the front foot when they host Jurgen Klopp’s title challengers on Sunday.

Liverpool can move two points clear at the top of the table as current leaders Manchester City are in FA Cup action.

The Reds have lost just once in the league all season and will be heavy favourites to inflict more misery on Fulham at Craven Cottage.

Parker—who has lost the two games he has taken charge of as caretaker manager so far—needs a positive result as Fulham look to make Premier League history by turning around a 13-point deficit to stay in the division.

While Mohamed Salah, Sadio Mane and Roberto Firmino boast a total of 44 league goals between them this campaign, compared to Fulham’s team total of just 28, Parker wants his team to be the aggressors on Sunday.

“When you look at Liverpool, they’re the deadliest front three in the Premier League,” he said.

“It will be difficult, the numbers stack up against us, but it has to change and I fully believe it can at the weekend.

“We’re at home on Sunday and the way we’ve played under me, Chelsea was front foot and aggressive and Leicester second half was one I want the team to be like.

“We’re at home, I’d like to think we’ll give the fans something to go on and something for us too.

“We’re under no illusion what a tough game it will be but I know the eleven players picked will enjoy it.”

Even if Fulham do not manage to upset the odds and slip to a 22nd defeat of the season, Parker at least wants his players to be able to leave the pitch with their heads held high having given their all.

“We are two games down since I’ve been in charge,” he added.

“The Chelsea game was positive, it was a positive performance. For me, there is a way to lose football matches and Chelsea was a prime example.

“We lost the match but the lads got clapped off, so there is a way to lose football matches and that is a given for us and that is where we need to stay.

“For fans spending their money and coming to watch us I think you understand in this league you can lose and you can get relegated from this division if you’re Fulham but there is a way to lose.”