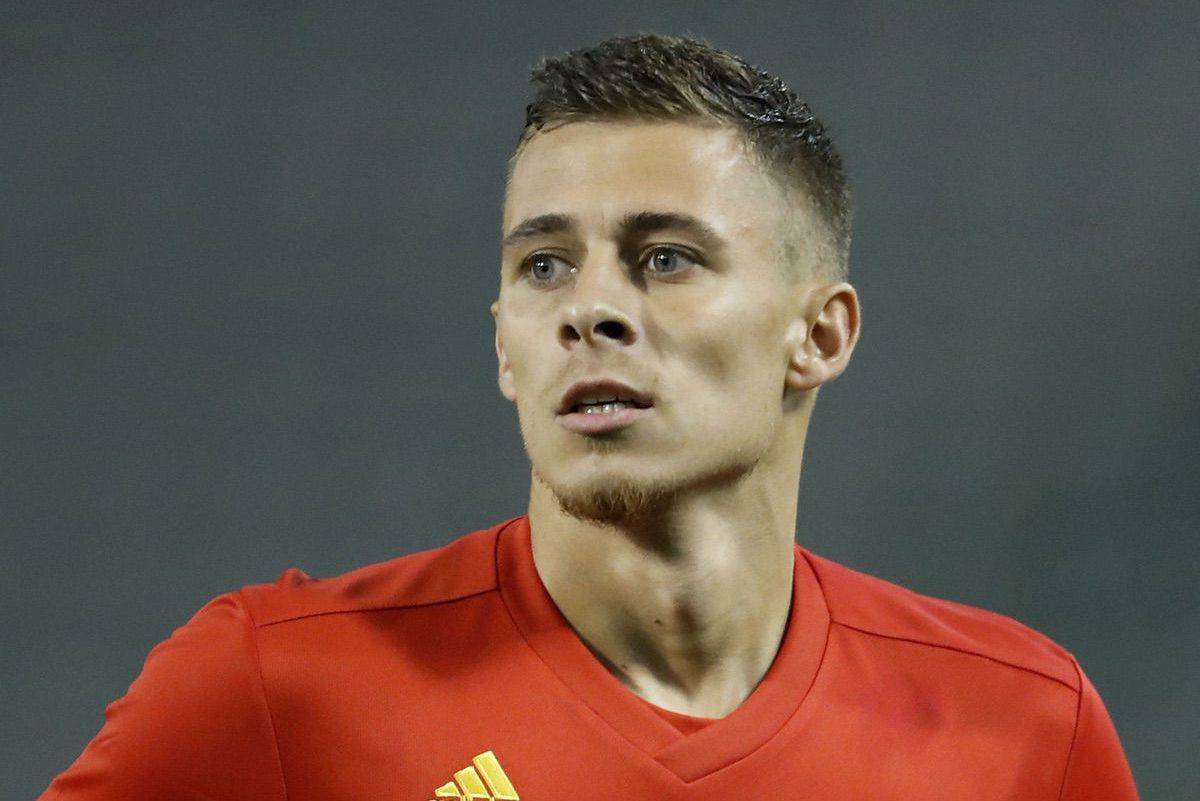 Borussia Monchengladbach have confirmed the in-demand Thorgan Hazard will leave the club this summer, and have now listed Liverpool as a possible buyer.

Hazard has been in strong form for Gladbach this season, scoring 12 goals and laying on a further 11 assists in 29 games in all competitions.

This includes a run of nine goals and six assists in 13 Bundesliga outings between September 22 and December 18, largely coming from the right wing but also occasionally on the left.

The Belgian, Eden’s younger brother, is a versatile, creative wide player also capable of operating in a central role, and has long been rumoured as a target for Liverpool.

Now, Gladbach sporting director Max Eberl has referenced the Reds’ interest, as he discussed Hazard’s desire to leave at the end of the campaign—when his contract will enter its final year.

“Thorgan has informed us that he doesn’t want to extend his contract and that he wants to leave the club in the summer to take the next step,” Eberl told Sky Germany, as reported by BuliNews.

“I’ve heard this statement 15 times in the last 10 years as really great players have left us.

“That’s the way it is for us. We’ll have to see where his path will continue.

“I don’t know whether it will be at BVB, who are constantly being mentioned, or at Atletico Madrid, Liverpool or another club.”

Of course, this clearly reads as Eberl commenting on current speculation, but it is interesting that there is no supposedly favoured club, as previously reported.

It had been claimed that Liverpool were willing to outbid Borussia Dortmund, but that Hazard preferred a move to the Westfalenstadion due to a bigger likelihood of regular starts.

Under Jurgen Klopp, he would more feasibly alternate with the likes of Mohamed Salah and Sadio Mane, though he could be earmarked for the role set out for Nabil Fekir.

Xherdan Shaqiri was signed following the breakdown of Fekir’s proposed switch to Merseyside, but he has seemingly dropped down the pecking order after a brilliant spell towards the end of last year.

Though there has been criticism of Hazard’s consistency, he could serve as a strong addition to Klopp’s squad, particularly if he is available for relatively low fee with just 12 months left on his Gladbach deal.

It certainly remains one to watch as the summer transfer window approaches.