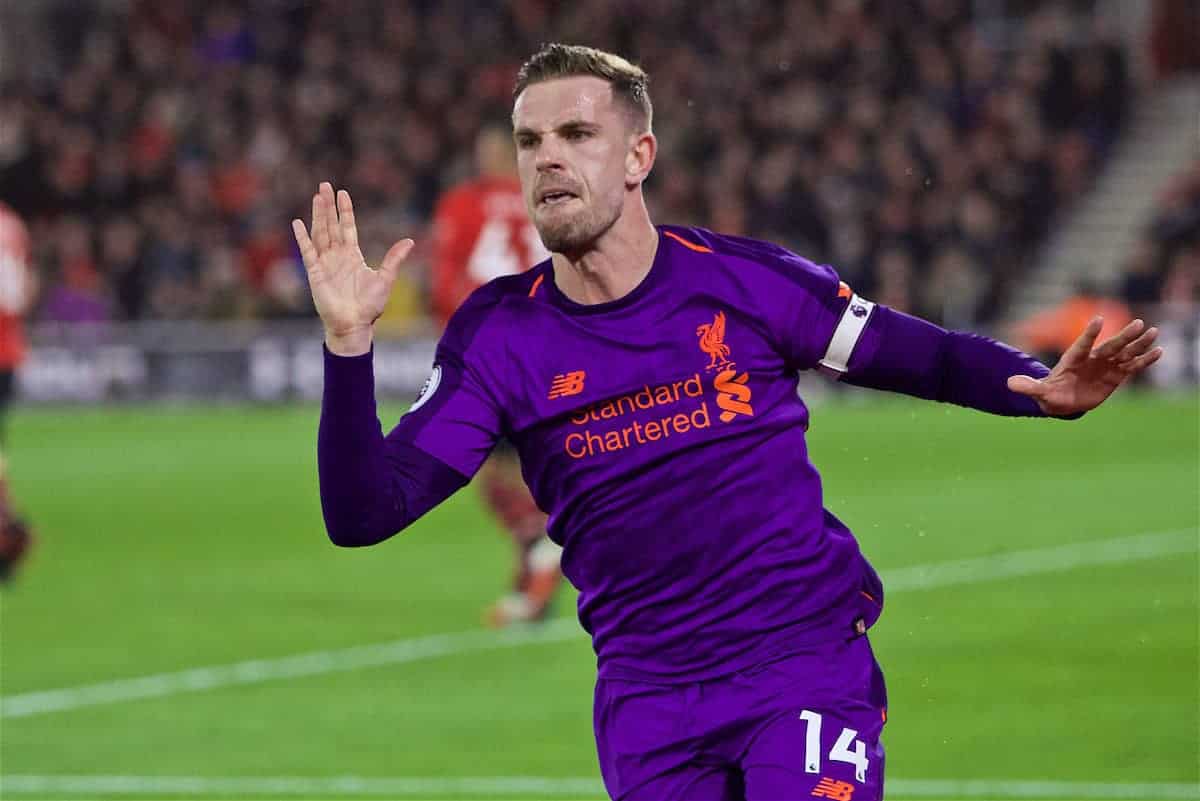 Liverpool delivered one of their biggest title statements yet on Friday, overturning a deficit to win 3-1 at Southampton late on.

When the starting lineups were announced an hour before kick-off most fans were pleased to see what many regard as the Reds’ most technically gifted trio in midfield.

Fabinho, Gini Wijnaldum and Naby Keita are a combination many want to see playing regularly, consigning Jordan Henderson and James Milner to the sidelines.

The flak that the English duo receive has often felt harsh and they proved their worth emphatically at St Mary’s.

Barring Keita’s maiden goal for the Reds, he and his midfield team-mates struggled, failing to control the game and being overrun by the Saints – although, with Keita making his first start in two months and Wijnaldum looking off the pace in recent months due to so many games played, it was fairly understandable.

Henderson and Milner were introduced just before the hour mark, with the skipper playing in a more attacking role than usual and Milner replacing at Trent Alexander-Arnold at right-back.

Both were exceptional during their cameos, showing exactly why Jurgen Klopp has so much faith in them, as they completely turned the game on its head.

Henderson was particularly impressive, registering an assist for Mohamed Salah before finding the net from close range to kill the game off—his first goal of the season.

It was a true captain and vice-captain’s performance from the pair. 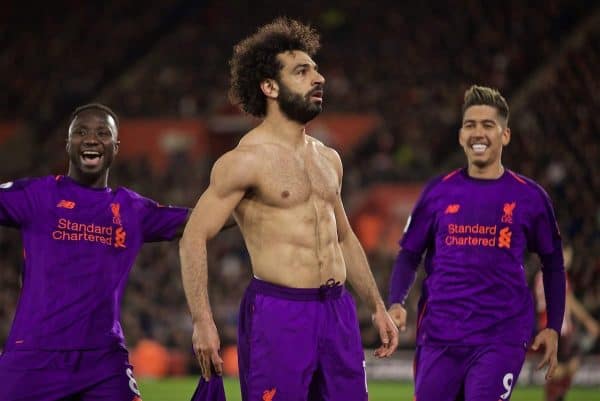 Salah went into the game without a goal in eight outings in all competitions and for much of the night he experienced another poor showing.

Every touch seemed a little indecisive and heavy, while the match seemed to pass him by for large periods.

But the truly great players turn up in times of need, as we have seen from so many Liverpool legends, from Kenny Dalglish to Steven Gerrard.

With 10 minutes remaining and with the Reds’ Premier League title bid looking set to take a hit, Salah delivered.

Collecting Henderson’s header, he ran more from inside his own half before producing a Lionel Messi-esque finish into the bottom corner off the post.

The celebrations in the away end spoke volumes about the importance of the goal, while Salah celebrated with his shirt off and his arms aloft.

His 50th Premier League goal for Liverpool, reached in the fastest-ever time (69 games), could be his most crucial yet.

A Friday night game under the lights at St Mary’s, against a side who are hugely improved under their new manager, always looked tricky.

From the moment the game got underway it was clear that Klopp’s men were in a battle and Southampton made a blistering start.

Shane Long’s early opener was no more than the hosts deserved, as they hassled Liverpool, worked their socks off and played an attractive brand of football.

Ralph Hasenhattl is known as the Alpine Klopp in some quarters, and he got the better of his opponent for the opening hour, both tactically and in terms of motivating his players.

As the minutes passed, Southampton‘s earlier excursions started to tell and the Reds gained control of proceedings and sealed the win.

It was still a commendable effort by a team who have been threatened with relegation. They clearly have enough to stay up and could do well under their new boss next term.

They came very close to doing something their supporters no doubt dream of: making life miserable for a club that has consistently signed so many of their best players. 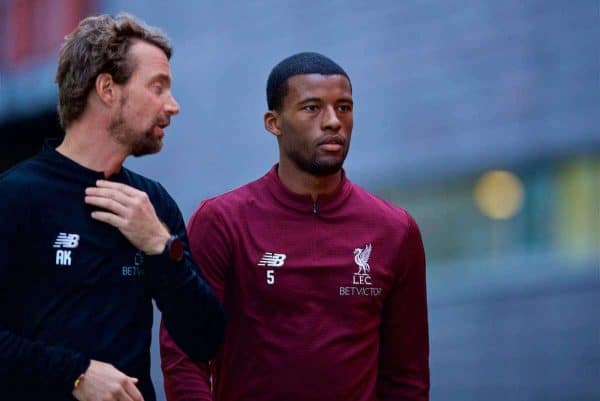 Liverpool’s most popular choice of midfield had an evening to forget on the south coast, with them each struggling individually and as a collective.

While Fabinho threw in moments of good and bad, and Keita scored his first goal for the club, the match passed Wijnaldum by completely.

The Dutchman had enjoyed an outstanding season until around a month ago, but he has dropped off significantly since – no surprise given the amount of football he’s played this season.

We are now witnessing the kind of anonymous performances he used to be accused of, and not in that effective under-the-radar way he can sometimes master.

There were no killer passes, dangerous runs from midfield or top-class pieces of breakup play—he was simply unnoticeable.

In fairness to Wijnaldum, he looks like a player who needs a break, having already made 38 appearances in an extremely taxing role, and Klopp explained after the game he had “felt the intensity of the season.”

The impact that Henderson and Milner had will have given the manager food for thought ahead of Tuesday’s clash with Porto, with Wijnaldum potentially benefiting from a night off. 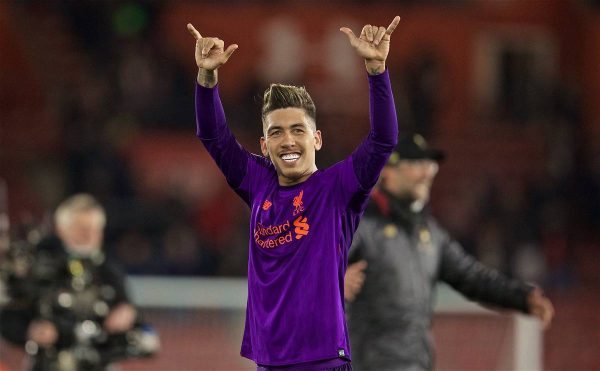 It is easy to label every game as ‘the biggest one left’, but Friday’s match genuinely did feel significant.

With Man City now facing a busy run of difficult games, this was Liverpool’s chance to go two points clear and make a statement.

When Long fired home the opener that sinking feeling that we all experienced in 2013/14 came flooding back, with dropped points potentially coming at a truly fatal moment.

The way in which the Reds ground out yet another victory sums up Klopp and this group of players, though, as they produced a comeback that was the mark of champions.

Rival supporters – and some of our own – have done their best to label Liverpool as bottlers this season, but this was another giant middle finger to the naysayers.

Pep Guardiola, his squad and the City fans watching will have hated what they saw at St Mary’s, knowing full well that they may have to win every remaining fixture to ensure back-to-back titles.

This was absolutely huge.