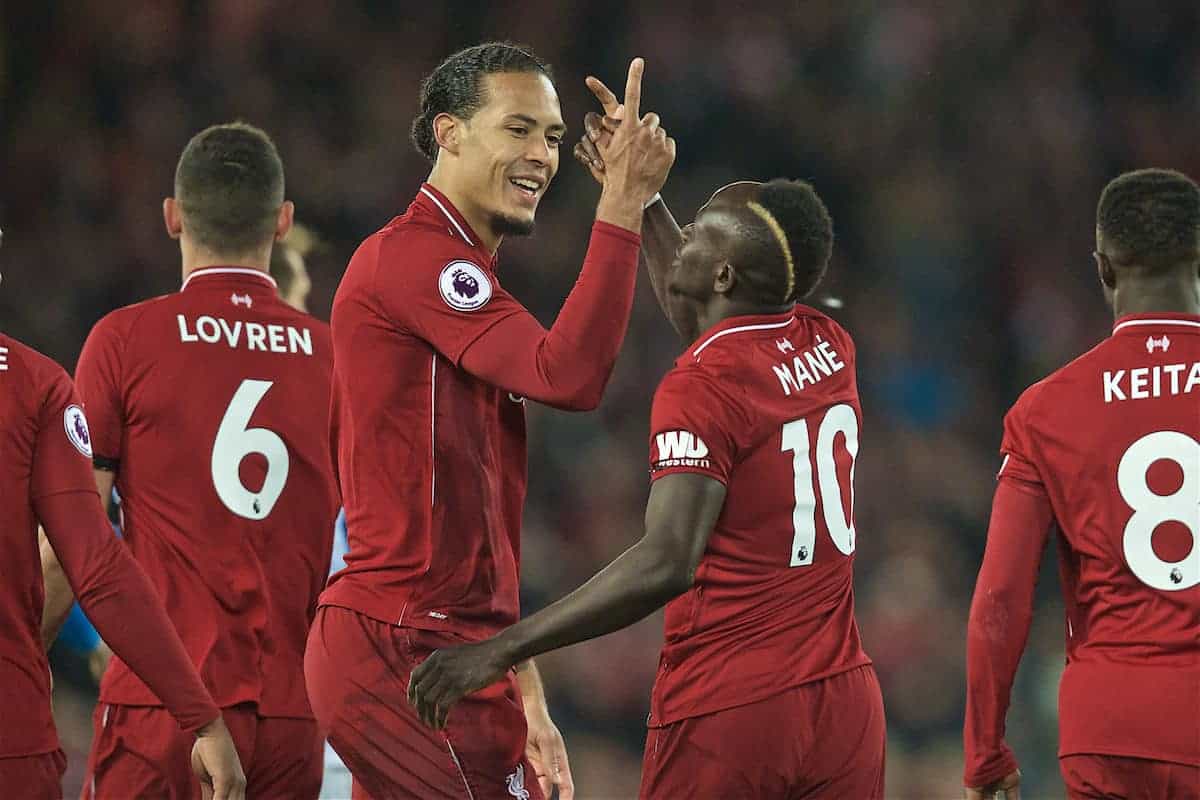 Following Liverpool’s impressive 5-0 win over Huddersfield on Friday night, we look at the best statistics from the game.

The Reds hosted an already-relegated Terriers side at Anfield, looking to go back ahead of Man City at the top of the Premier League.

They did exactly that in style, romping to victory and producing some of their best attacking football of the season.

Naby Keita opened the scoring within seconds – more on that shortly! – while Sadio Mane and Mohamed Salah both registered doubles.

The pressure is now back on City, who head to Burnley on Sunday afternoon, as Liverpool supporters become Clarets for the day.

Here are the best statistics from the Reds’ latest emphatic win. 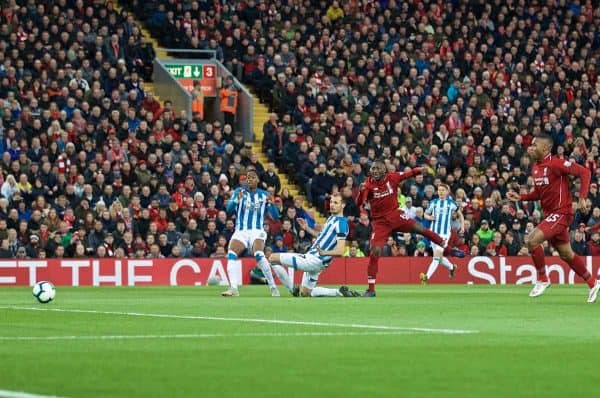 The match had barely got underway when Keita fired home clinically with only 15 seconds on the clock.

It was the fastest-ever Premier League goal scored by Liverpool and sent them on their way to a resounding victory at Anfield.

It isn’t, however, the fastest in the club’s history – that was just a second quicker when Paul Walsh netted against West Ham in August 1984.

Most EVER Points Total

The win over Huddersfield meant the Reds moved onto 91 points – their record EVER haul in history – although only after three points for a win was introduced.

91 is more points than Arsenal‘s ‘Invincibles’, while they have equalled the most achieved by any Alex Ferguson team at Man United.

Incredibly, Jurgen Klopp‘s men have acquired a greater tally than 105 of the previous 119 league title winners. 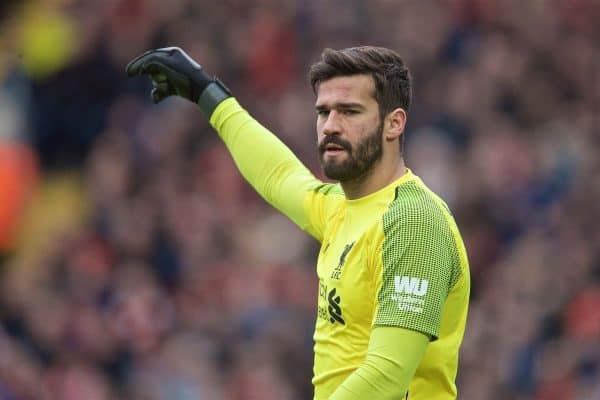 Alisson kept yet another clean sheet, taking his Premier League tally to 20 for the campaign, joint-level with Reina’s Liverpool record in the competition.

He is only the fifth goalkeeper in Premier League history to keep 20 shutouts, with Reina achieving it twice, and Peter Schmeichel (20), Edwin van der Sar (21) and Petr Cech (24) also on the list.

Meanwhile, Andy Robertson was creating his own history, as the Scot shone yet again.

He registered two assists on the night, meaning his total of 12 for the season is a number never beaten by a defender in Premier League history.

Trent Alexander-Arnold is now on 11, as their own assists competition shows no sign of slowing up.

Salah’s double at Anfield means he now leads the Premier League scoring charts by one goal, ahead of Mane.

Just one goal was needed to have the most joint-most for Liverpool after 100 appearances, but in true Salah style, he went one better.

His second of the evening means no Reds player has found the net more times in his first century of games – 69 in 100.

Speaking of century milestones, this is the first time Liverpool have notched 100 goals in back-to-back seasons since 2007/08 and 2008/09.

Meanwhile, Mane and Mo each reaching 20 goals is the first time that’s happened at one club in the Premier League since… Suarez and Sturridge for Liverpool in 2013/14. 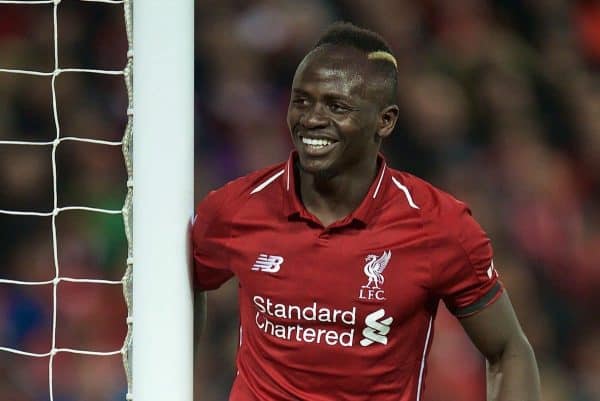 This week, Liverpool’s unbeaten league run at Anfield stretched to over two years, with 28 wins and 10 draws achieved from the last 38 games.

That stunning run continued on Friday and Klopp’s promise to make the Reds’ world-famous home a fortress again has come to fruition emphatically.

The victory over Huddersfield means Liverpool have won 50 points at home this season – their most since the division’s inception in 1992.