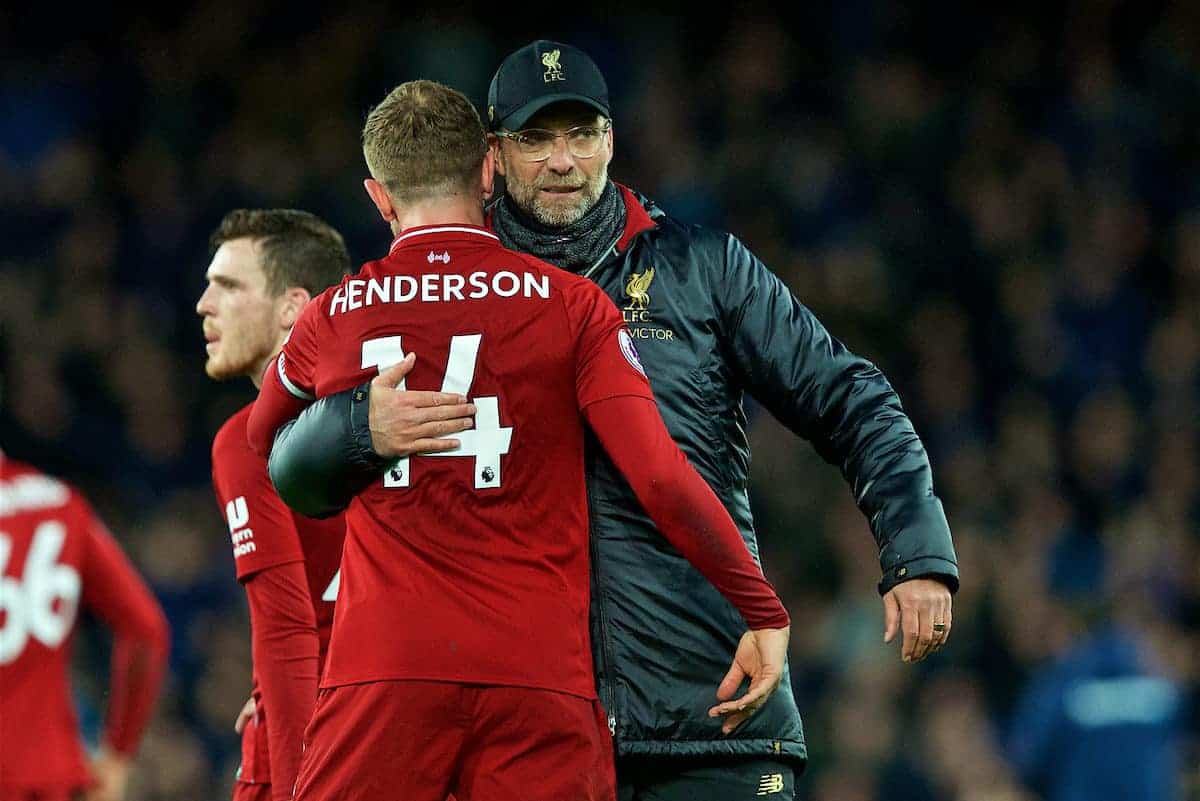 Jurgen Klopp admits he hasn’t always got the best out of Jordan Henderson, joking that he should take the blame for playing him as the Number 6.

Liverpool eased their way to a 2-0 win over Porto on Tuesday night, taking control of their Champions League quarter-final tie.

First-half strikes from Naby Keita and Roberto Firmino were enough to seal a comfortable victory, as the Reds seemingly preserved energy ahead of Sunday’s crucial Premier League clash at home to Chelsea.

On a night where several Reds players shone, including Keita, Firmino and Virgil van Dijk, Henderson was as good as anyone.

The skipper was again used in more of a No.8 role, as he built on his match-changing display at Southampton and impressed hugely at Anfield.

Henderson has been criticised for his performances as a No.6 under Klopp, with many feeling it doesn’t get the best out of him.

Klopp has remained stubborn in his use of the 28-year-old, however, but with Fabinho now thriving in that deep-lying position, Henderson has been pushed further up the pitch.

The Liverpool manager was full of praise for his captain after the Porto win, joking that he has made an error in the past:

“Hendo’s a brilliant player, I’m really happy that he can show that (attacking side) again. He likes the position obviously.

“It was my fault that for one-and-a-half years he played as a number six… Sorry for that!

“But we needed him there and it was a really good performance.

“Not only was he brilliant for the second goal, but he produced the cross that Sadio scored from (before being given offside).” 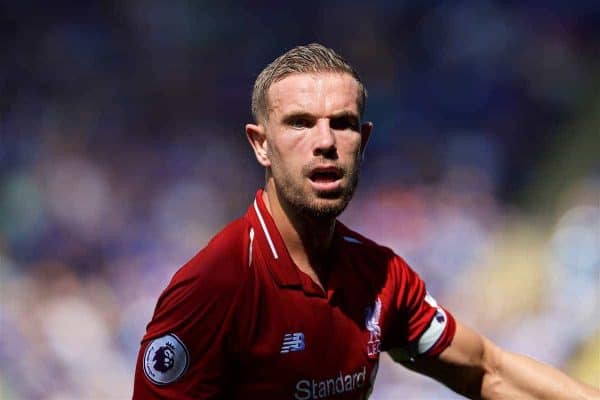 It is hard to fault much of what Klopp has done at Liverpool, but his use of Henderson has always felt a little odd, even though the boss’ words do feel somewhat tongue-in-cheek, aware of the flak his player has received.

The England international shone as a box-to-box midfielder back in 2013/14 and 2014/15, with energy and underrated end product big parts of his game.

Playing him as a defensive midfielder stifled him, though, and he doesn’t always possess the incisiveness in possession and tactical discipline to excel there in the manner Fabinho does, for example.

Hopefully, we now see Henderson continue to be played further forward in the remaining weeks of the season, where he can have a big impact.

The rested Gini Wijnaldum will not be guaranteed a start against Chelsea this weekend, given the eye-catching form of both Henderson and Keita.