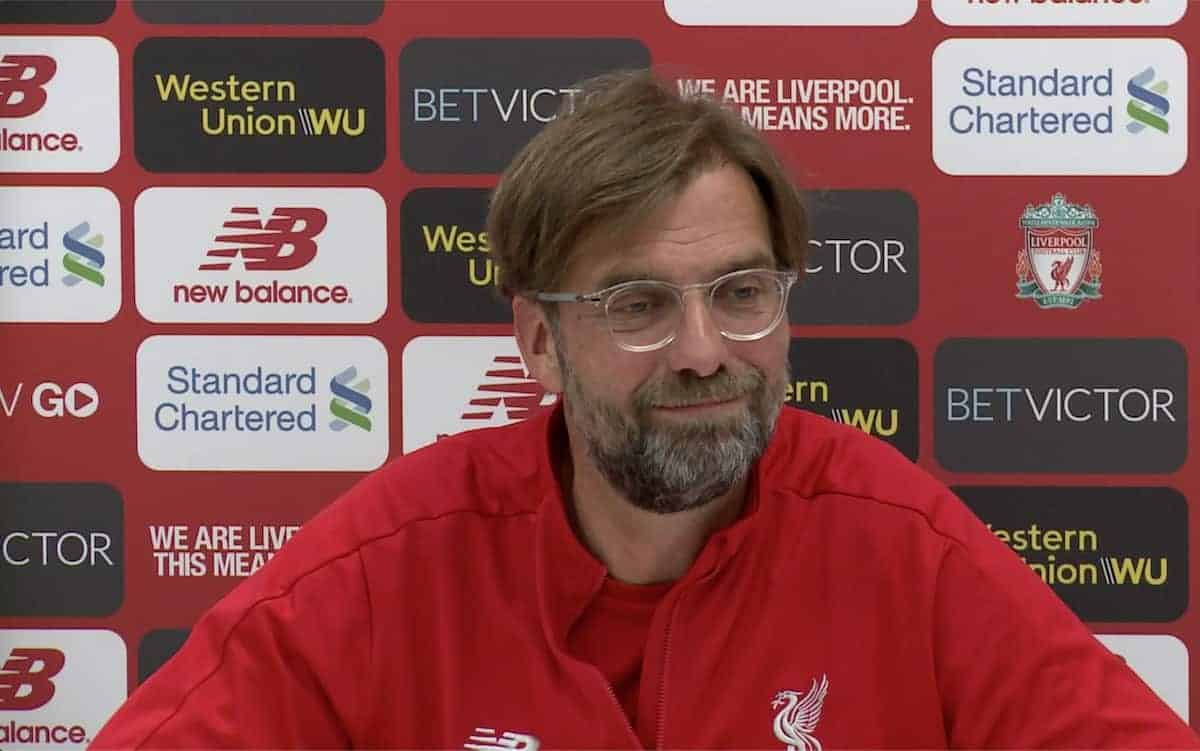 Jurgen Klopp addressed the media ahead of Liverpool’s Friday night game against Huddersfield and paid tribute to his own “team of the season.”

The Reds can go back to the top of the Premier League table with a win at Anfield, with City not in action until Sunday.

In his pre-game press conference, Klopp told reporters that his side would be a strong one against the relegated Terriers, despite a looming Champions League semi-final against Barcelona next week.

“The way people think of [Huddersfield’s situation] is already bad preparation. I will not push that mindset with a changed lineup. Barcelona has nothing to do with game on Friday.”

The boss was also asked his thoughts on the PFA Team of the Year, which four Reds were voted into: Trent Alexander-Arnold, Virgil van Dijk, Andy Robertson and Sadio Mane.

Klopp acknowledged they each had performed well this year—but said other Reds were equally deserving of having been picked.

“For me, my team is the team of the season anyway! For my point of view, there could have been four, five, six more involved as well but Premier League players make the decision and so it’s the most honest competition of the year.

“For defenders to be in, usually it’s players they play against and made it uncomfortable for them [who acknowledge their level].

“Mo [Salah] would have been in again, Gini [Wijnaldum] is having an incredible season, [Jordan Henderson] Hendo is in the shape that if they voted today, he would be in and so on.”

The boss also revealed that Dejan Lovren was back in training after illness, while it was still a case of wait and see for Fabinho and Adam Lallana.